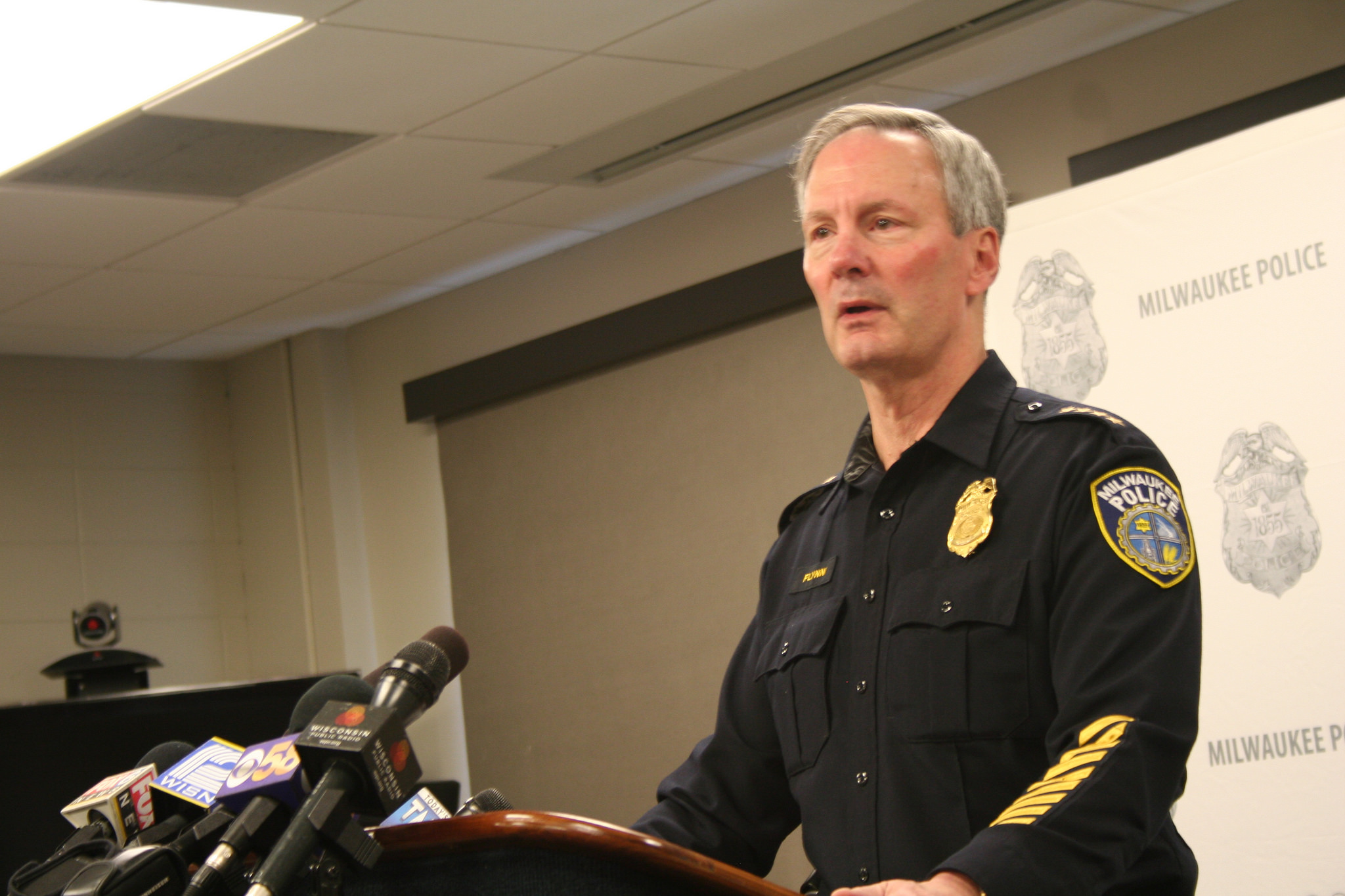 Milwaukee Police Department Chief Ed Flynn claims that he uses data-driven analysis and reports to guide his department’s practices, but data can be misleading. When it comes to the Public Safety budgets, a police chief generally has an interest in ensuring the department is well funded. If a chief refuses additional funding he risks the wrath of the local police association or police union, attacks from “law and order” policy supporters, and scrutiny from many others from government or the public.

With all these pressures to contend with, it’s no wonder why most police chiefs support the status quo. But going along with the status quo isn’t the same as leading with integrity, and it won’t find solutions to societal issues. If the police chief must consistently demand more expenditures for his department while other departments in Milwaukee suffer cuts or minuscule increases, this pattern will continue contributing to increases in crime, guaranteeing a perpetual demand for more funding for public safety.

Though crime has consistently been decreasing in Milwaukee, violent crime rates have risen, and some of this violence may be attributed to the ease of access to firearms that Chief Flynn often alludes to in the media. However, many criminology and sociology experts agree that there is a correlation between crime and poverty. Studies show increases in the likelihood of committing a crime when people lack educational opportunities and access to employment. Going a step further, when segregation is at play, violence may also increase.

In Milwaukee, the Public Safety budget perpetually expands while other budgets that could contribute to reducing crime are neglected, slashed or underfunded. Why is the budget for the Milwaukee Police Department $302 million, nearly half the city budget, and yet the entire City Development budget is only $5 million? Without funding community-based initiatives and programs comparably to the Public Safety budget, there will be little change in crime rates. The Public Safety budget has become a self-fulfilling prophecy, perpetually asking for more funding, ignoring the core causes of crime and doing little to ultimately serve and protect Milwaukee communities in a meaningful and lasting manner. An educated populace with financial stability prevents crime from occurring in the first place.

Milwaukee is beleaguered by attacks on its public educational system, coupled with attempts to defund or underfund social programs benefiting struggling community members. There is a deterioration of the family unit in many of these impoverished communities, directly linked to greater likelihood of arrest and incarceration of a parent or guardian, leading to greater odds of a child engaging in criminal activity. Imprisoning a parent or guardian also adds stress on a remaining parent or guardian who now must be relied upon for economic stability. The remaining parent/guardian must work more and be at home to parent less.

The over-expenditure on public safety has made the MPD budget an unaccountable, uncontrollable and bloated beast. It is gobbling up what few extra funds are left for struggling community-based programs, job development programs and nearly every other department’s budget. Milwaukee cannot continue to pay for the enormous Public Safety budget and believe it is safeguarding against crime.

In a 2016 survey requested by Common Council President Ashanti Hamilton, most respondents said violent crime in Milwaukee is caused by unemployment, poverty and poor education. If that’s the case, why isn’t Chief Flynn demanding more investment in programs and policies that lessen unemployment and poverty, and improve education? If Chief Flynn wants to consider himself to be a data-driven law enforcement official, why doesn’t he begin to view things from a community lens that allows him to see where violent crime is blossoming from instead of simply responding to it?

A leader shouldn’t wait for violence to occur; he should do everything to prevent it. Chief Flynn simply takes the extra funding, puts more police on the streets, and makes hollow remarks about how difficult the job of being a police officer is. He rarely speaks out about the way the city budget is structured, which does little to lessen crime. He reacts to crime by arresting, prosecuting and incarcerating predominantly impoverished people of color.

A leader is unafraid to stand alone if necessary and demand what is right, truthful and just. A leader would start demanding that the root causes of crime, such as poverty, be addressed first and foremost.