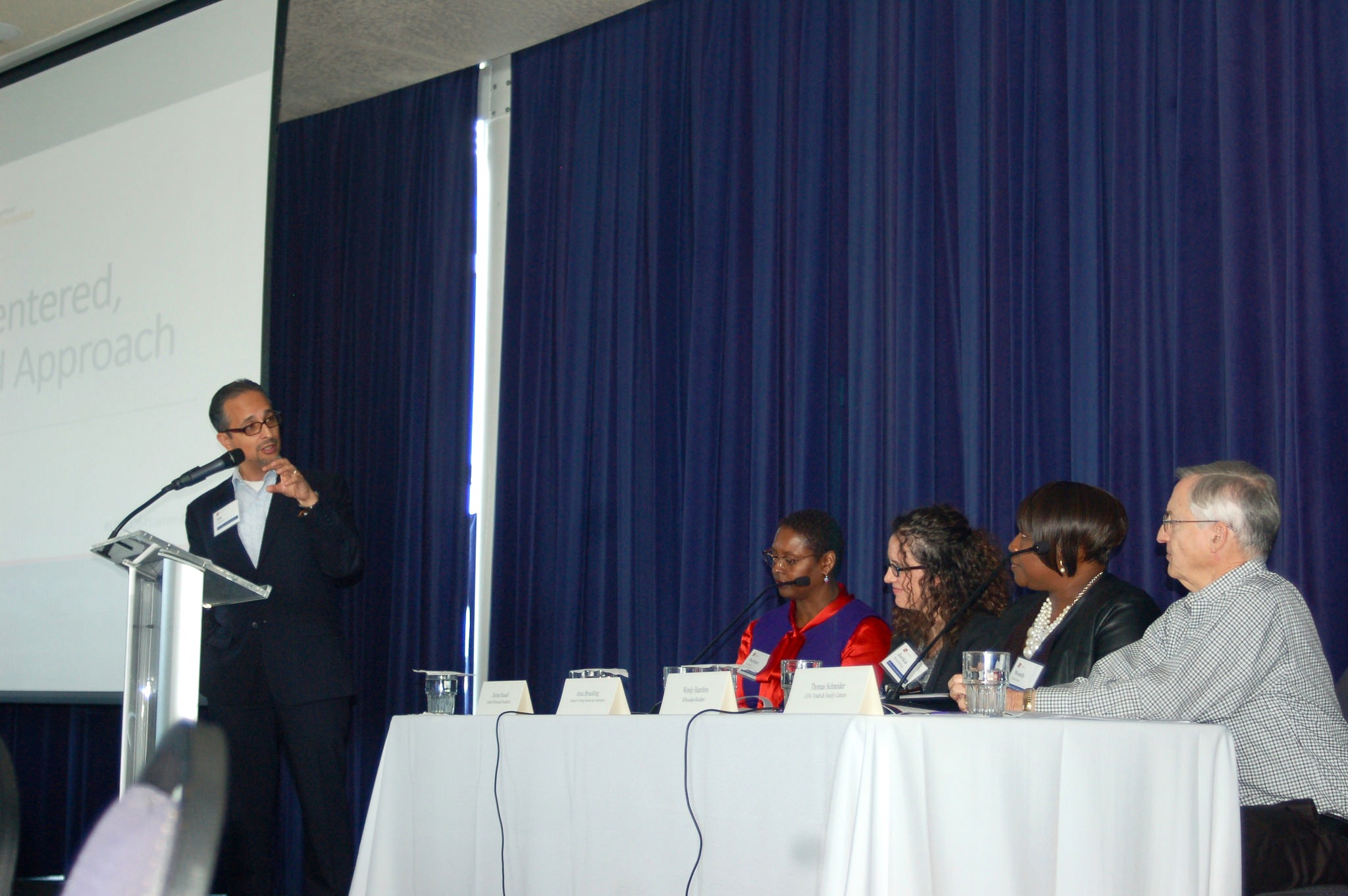 At the second annual Settlement House Neighborhood Summit, a half-dozen leaders of Milwaukee institutions admitted they could do a better job engaging residents.

It started with the lead organizer of Tuesday’s event, Tony Shields, the outgoing executive director for the United Neighborhood Centers of Milwaukee, or UNCOM.

“I admit, I have to do better and I suspect some of you do too,” he said in his opening remarks. “There are many great things happening in Milwaukee, but we have a long way to go.”

That operated as the focus of Tuesday’s event at Discovery World, in which more than 200 people from Milwaukee nonprofits and other organizations attended in order to brainstorm solutions. 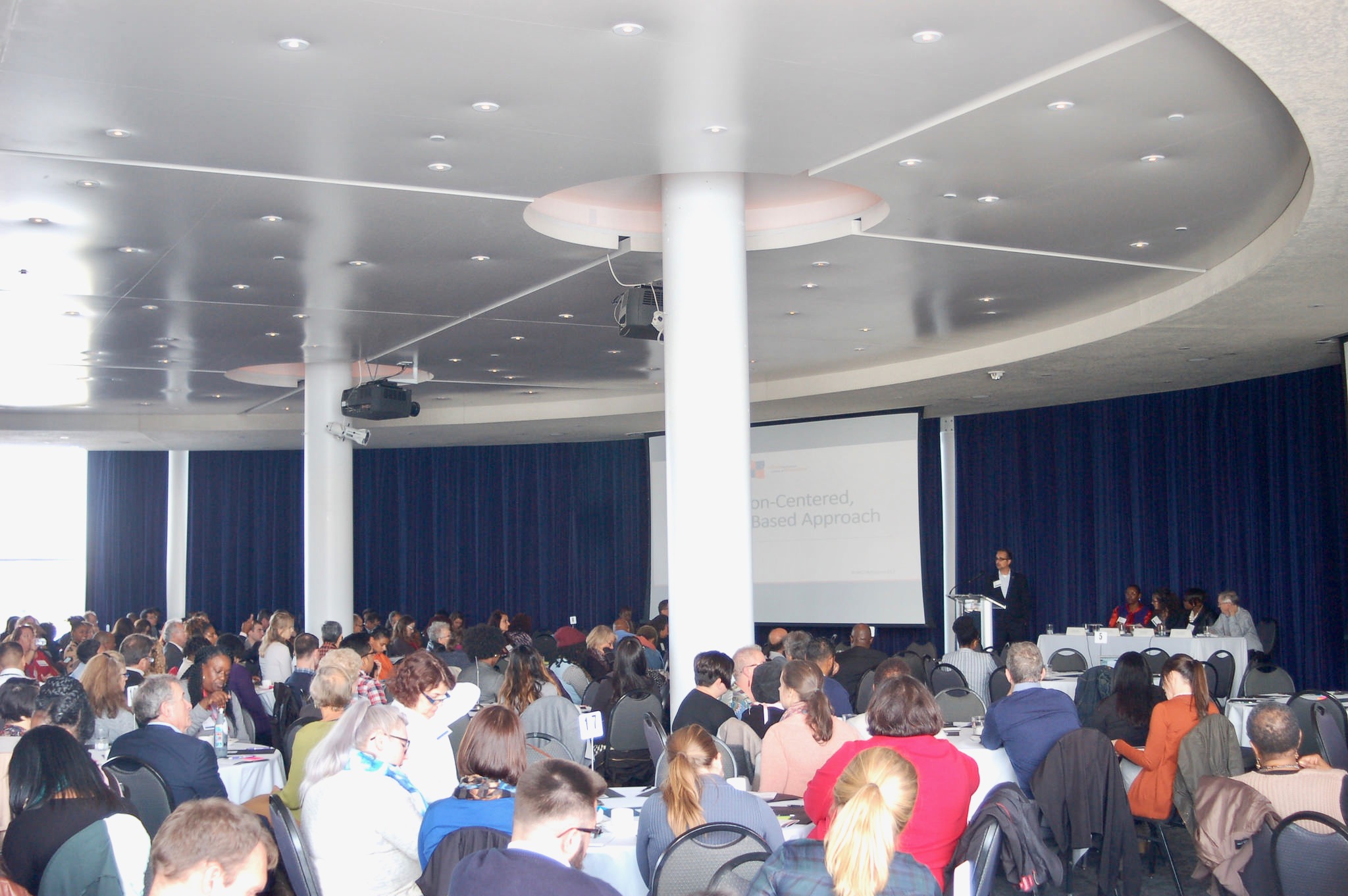 The Settlement House Neighborhood Summit was organized to give various community entities a chance at collaborating on projects meant to improve Milwaukee neighborhoods.

Two ideas that came from last year’s meeting are now in full swing, Shields said in an interview. One is a new partnership with Wisconsin Voices to promote voter registration, and the other is centered on engaging residents.

UNCOM, a nonprofit that coordinates ways for its eight member agencies to collaborate with each other, created a Resident Affinity Group, a quarterly gathering of agency representatives with up to 50 Milwaukee residents from 25 city neighborhoods.

The group held its first meeting in August, according to Jeanette Mitchell, a retired program director from Cardinal Stritch University. She said the idea is to encourage residents to speak with agency representatives about what kinds of initiatives, programs and projects they would like to see in their neighborhoods. She said attendees at the first meeting demonstrated a real interest in continuing the dialogue.

That kind of contact with residents is important for keeping them engaged, according to Thomas Schneider, the executive director of COA Youth & Family Centers.

“People come out to neighborhood association meetings if they see and feel they’re being heard and see tangible results of them participating,” Schneider said during a panel discussion. “Nothing’s more discouraging than going to 20 meetings and nothing ever happens.”

Tuesday afternoon was filled with plenty of other small suggestions and tips for organizations to better partner with their residents, including things such as creating safe spaces and being able to accommodate families when inviting residents into their offices. Next year, Shields said, the event may focus more on how to better engage with youth.

“The conversations were of value,” he said. “I think we were able to fulfill our goals today.”

Shields, who is leaving UNCOM at the end of October to become the president and CEO of the Wisconsin Philanthropy Network, was particularly interested in an idea involving agencies rounding up community residents for a retreat of some kind.

“I love this idea of a resident retreat,” he said. “On the surface that really sounded like a good and fun idea.”

Editor’s note: This story has been updated to list UNCOM’s eight member agencies. We apologize for the error.