You are here: Home / Community Voices / The Milwaukee County budget
Share this... 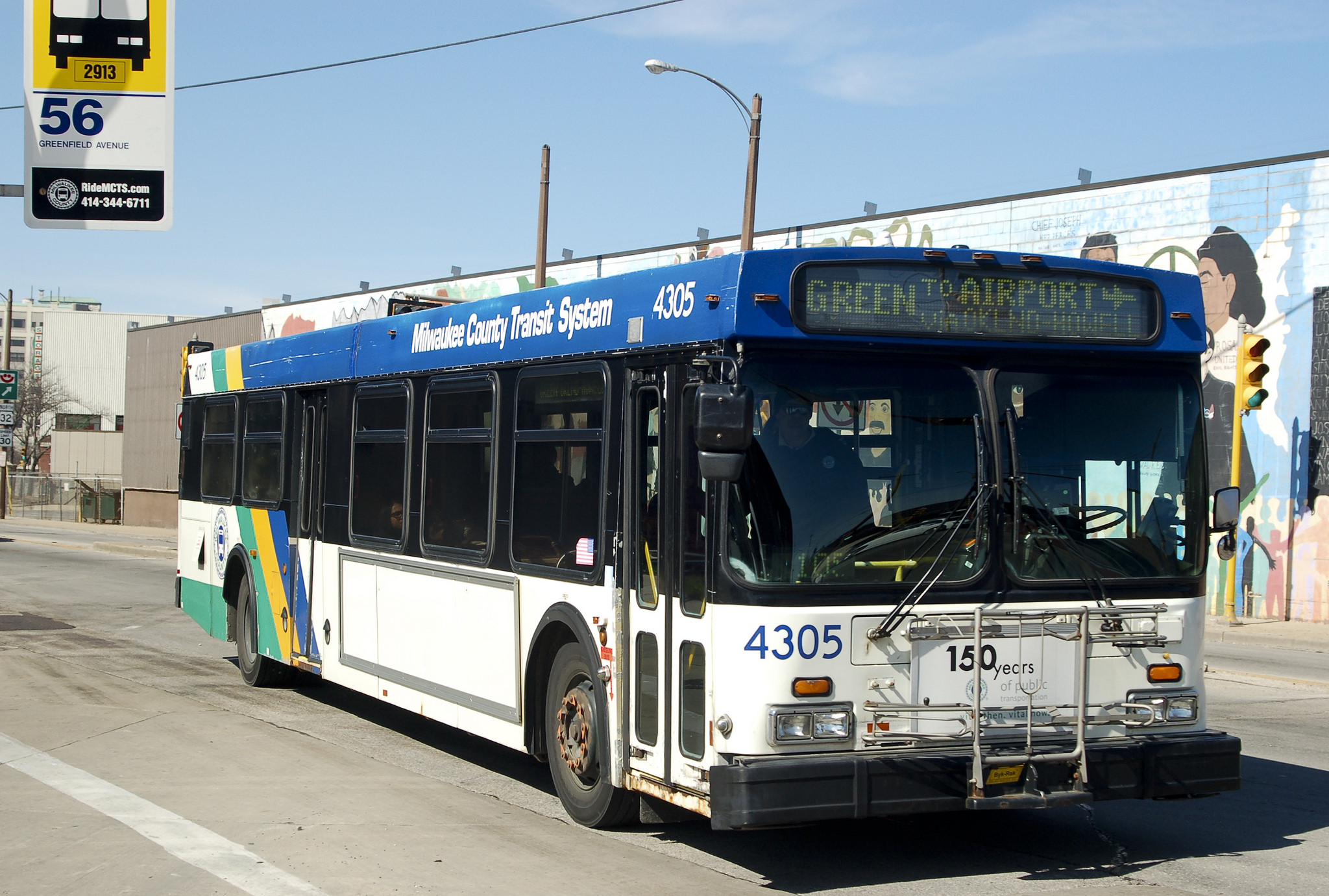 The county vehicle registration fee, known as the “wheel tax,” would provide revenue for public transportation and other transportation expenses. (Photo by Alhaji Camara)

County Executive Chris Abele wrote the opinion piece below, expressing his views on the proposed county budget. Milwaukee Neighborhood News Service invited County Board Chairman Theodore Lipscomb to respond. The board is scheduled to vote on the budget on Monday, Nov. 6.

Being a leader means doing the right thing, even when it’s hard. Perhaps nowhere is that more true than when it comes to public budgeting.

A lot of people are counting on us to get this right, whether it’s the job seeker on the north side who needs the County’s UpLift MKE job training program, the business owner in Oak Creek who knows her employees need reliable transportation on our buses, or the grandparents in Wauwatosa who take the little ones to see the sea lion show at the zoo every spring.

Milwaukee County’s budget process is no small undertaking  —  the county’s $1 billion budget maintains critical services and infrastructure for one million county residents. This is a full 12-month process every year for our budget professionals and county leaders as they work to find the right combination of creative new revenue streams, expense reductions, and cost-saving efficiencies that will lead to a responsible, balanced budget.

As my office engaged with the community over the summer to gather their input on the budget, I heard people say they wanted to see this kind of balanced approach between revenue increases and expense reductions. I agreed, which is why I proposed a balanced budget that included $30.8 million in new revenue and $30.4 million in total efficiencies and expense reductions  —  nearly an exact 50/50 split. That new revenue included the difficult, but necessary, decision to propose a $60 vehicle registration fee, the same level of funding I proposed last year. As I have warned for more than a year, and as independent fiscal analysts have confirmed repeatedly, the  county cannot maintain our current levels of service without new revenue.

At the same time, I understand that any increase in fees can be difficult to absorb. That is why I am supporting Rep. David Bowen’s proposal that would give localities the flexibility to assess the wheel tax more equitably. Even before I first proposed a vehicle registration fee in last year’s county budget, I have been outspoken about making fees and taxes more progressive so that our most vulnerable residents are not disproportionately impacted.

I look forward to seeing this proposal gain more support in the legislature and around the state, as other localities are increasingly turning to the wheel tax to generate needed revenue. In Milwaukee County, it is clear that the progressive and responsible approach to balancing our budget is to sustainably increase revenue so that critical services are not at risk.

County Board Chairman Theo Lipscomb has rejected this balanced proposal and instead is demanding $15 million in deep service cuts. Some of these cuts include, unfortunately, deep reductions for transit, the elimination of the successful UpLift MKE program that provides job training and placement in 53206, the closure of the Schulz Aquatic Center and sea lion show at the zoo, the cancellation of important road improvements, cuts to public safety funding for the medical examiner, paramedic training, the district attorney, sheriff, and house of correction, and cuts to social service funding that supports our most vulnerable residents.

I am vehemently opposed to the deep service cuts that were demanded by the chairman, because they will hurt the most vulnerable among us, diminish quality of life for our residents, and hamstring the county’s ability to grow and succeed.

In a democracy, the people rule. In our representative democracy, elected officials are expected to listen to their constituents and enact the will of the people. Checks and balances are built into the American system of government to require compromise. As a result, no elected official gets everything they want.

In the modern era of American politics, the referendum is a common way to measure public sentiment. In the spring of 2017, Milwaukee County voters rejected County Executive Chris Abele’s $60 wheel tax by a landslide: 72% opposed it.

For five years after becoming County Executive in 2011, Chris Abele was known for his austerity budgets and policies, such as his rejection of a living wage, and his near obsession with paying down the debt rather than investing in transit or parks. He boasted about never increasing taxes. After he was re-elected in 2016, Abele did an about-face, for the first time proposing a property tax increase and a $60 wheel tax – the largest proposed Milwaukee County tax increase in decades.

The Milwaukee County Board listened to citizens and cut Abele’s wheel tax in half, to $30, and called upon the legislature to allow us to apply the wheel tax progressively. Supervisors then put the $60 question to voters, who said “No.” Abele refused to listen, saying before and after the referendum that he would propose a $60 wheel tax again in his 2018 budget.

Abele’s 2018 budget proposal was built around the $60 wheel tax that voters rejected, leaving supervisors with the tough choices of how to find about $16 million in savings to avoid his massive fee increase. Our budget avoids doubling the wheel tax by using a balanced approach: a smaller property tax increase, a rejection of about half of Abele’s request for new, unfunded positions, delaying road projects that Abele’s own appointees to the Capital Improvement Committee did not recommend, holding off on a new voicemail system and point-of-sale system, spending less of our savings, buying fewer new buses, and asking all departments to absorb a 3/4 of 1% reduction in expenditures, among other measures.

County Executive Abele is spending at least $250,000 to run attack ads accusing me and the county board of “demanding deep service cuts” of $15 million, even specifying absurd cuts I would never support, like ending the UpLift MKE program (based on the Ready to Work initiative, which I co-authored), and closing the Schulz Aquatic Center (which is in my district), among other bizarre claims.

An effective propaganda technique is to tell a lie so big that people believe it. It’s a clever trick that uses kernel of truth to spin a preposterous tale that plays on stereotypes, and then amplifies the lie through repetition.

Abele’s phony claim of “$15 million in deep service cuts” is based on a modest reduction in departmental budgets of .75%, for a savings of $3.75 million. My proposal prioritizes services by giving control back to department heads, who can manage their departmental budgets to find these savings. Indeed, I know it can be done because all the independently elected county officials have already come forward with specific plans to find these savings in their departments.

In a democracy, the people decide. The people rejected Abele’s wheel tax increase. Supervisors will continue to listen to the people, and compromise is required of all parties in order to continue providing quality public services, which is why we’ve agreed to more than 98% of what Abele asked for in his budget. This is democracy. The result is a better, more balanced, and more responsible budget.

About Chris Abele and Theo Lipscomb