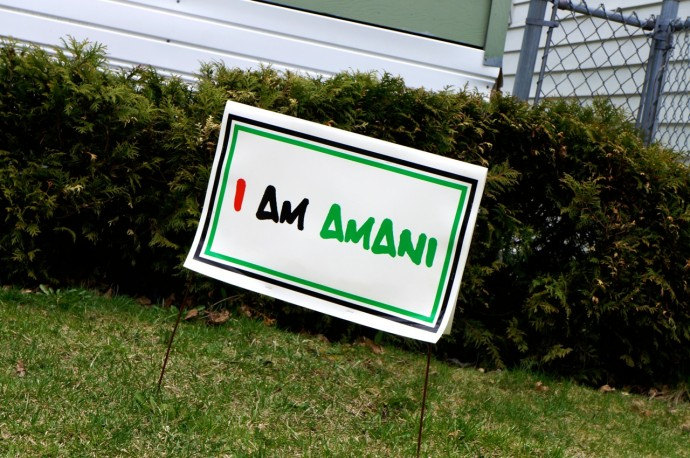 In 2005, COA Youth & Family Centers purchased a bankrupt building at 24th and Burleigh and opened the COA Goldin Center.  Beginning with daily after school and summer youth programs, this expanded to include family programming, and a new early education center.  COA Executive Director Thomas Schneider notes two critical elements to this success.  First, Amani residents are much more involved and looking out for each other.  Residents are more willing to report crime, and residents participate in Amani United meetings, block watches, neighborhood cleanups, and Amani Community Nights.  For example, more than 400 people showed up for the Amani Community night in December.  Second, residents have been actively engaged in building Amani assets like the new Moody Park, the CHW clinic, and several new Amani pocket parks.   “The City crime data documents the impact of these changes.”

Sr. Patricia Rogers, Executive Director of the Dominican Center, stated, “A reduction in crime means informed and involved residents. We are determined in 2018, to better coordinate positive community change efforts of residents and organizations to reach the revitalization goal of a safe and healthy community.”

Octavia Parker, a community organizer for the Dominican Center, located in Amani, explained, “We keep pushing to the community that you have a voice and having all of us agencies on the same page helps.”

Milwaukee Police District 5 Captain Timothy Heier stated, “We could not have done this without the partnerships we have developed throughout the district.  Together, we have made a difference in the City of Milwaukee and we look forward to working together in 2018.”