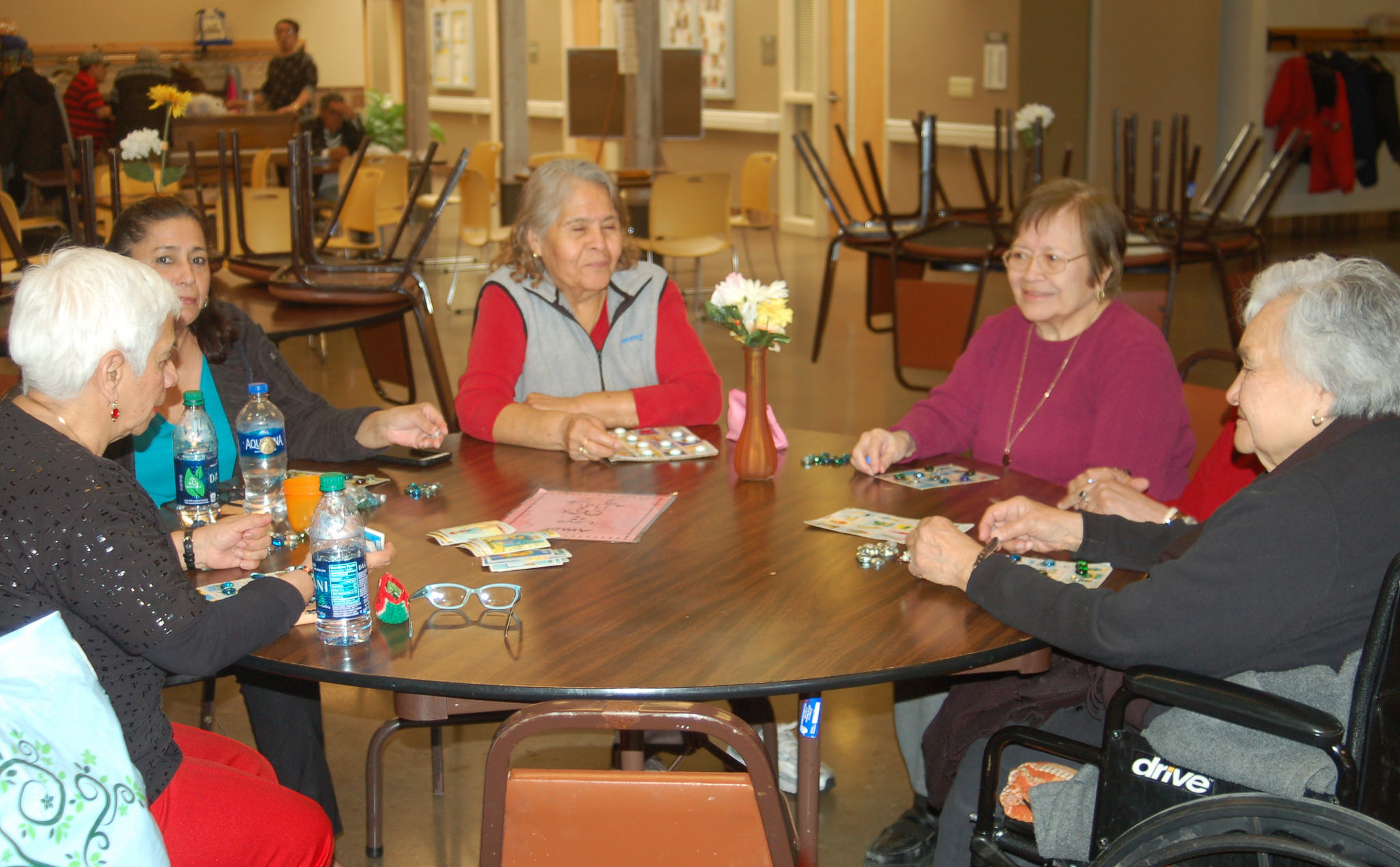 Seniors gathered at the United Community Center are among nearly 47 million people who received Social Security benefits in February 2018. (Photo by Edgar Mendez)

The Mitchell Street Social Security Administration (SSA) branch, 1710 S. 7th St., closed on March 22, but the controversy continues over whether SSA followed its own policies for closing the office, and whether SSA defied an order from Congress to halt the shutdown.

The congressional order to halt actions at Mitchell Street and other Social Security branches until the Office of the Inspector General completes a review of SSA office closures was written into the 2018 Omnibus Appropriations Act, according to a March 22 statement by Congresswoman Gwen Moore and Sen. Tammy Baldwin.

“There is significant concern about decisions to close field offices that may not be in accordance with law, regulations, and SSA procedures,” the order says. “While the IG review is ongoing, the Acting Commissioner should not make any final decisions related to field office locations under review.” The order also states that SSA should carefully consider and fully implement any recommendations that may result from the IG review.

The review will address whether SSA followed internal procedures in proposing consolidation, notifying the public and considering public input.

The Omnibus Appropriations Act was not signed by President Trump until March 23, the day after the branch closed. SSA declined to comment on the ramifications of the timing.

The order also notes that SSA is reducing resources for field offices, despite a 5 percent increase in visitors from 2015 to 2017.  An estimated 42 million clients visit SSA offices annually.

“President Trump and his Republican allies are relentless in their efforts to decimate Social Security,” Moore said in a statement. “It’s clear that the closure of the Mitchell St. Field Office is part of nationwide effort to cut costs and, as a result, deny Americans their rightful access to vital SSA services.” 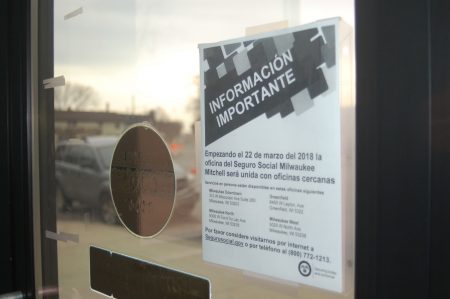 Moore vowed to fight to restore SSA services on the South Side and other “underserved” areas across the country. Depending on the findings of the investigation and further actions by SSA, legal recourse is a possibility, said a spokeswoman for Moore.

Doug Nguyen, regional communications director for SSA, declined to respond to questions from Milwaukee Neighborhood News Service about whether the order from Congress affects the status of the Mitchell Street branch or if it would reopen. He also declined to comment whether Social Security would open an office on the South Side in the future.

According to Nguyen, the rationale for closing the Mitchell Street field office included elevator troubles, which forced patrons to use the stairs; lack of secure parking and a secure street entrance; and heating, ventilation and air conditioning issues. Nguyen stated in an email to NNS that SSA would continue to evaluate how it can best serve the public, including in person, by telephone and online.

Tammy Rivera, executive director of the Southside Organizing Committee, said she continues to be skeptical of SSA’s rationale for shutting down the Mitchell Street branch, adding that SSA declared the building unsafe to justify not following its own policy related to closing an office.

“There’s something sinister about the closing,” Rivera said. “Why would you decide not to serve a community of 90,000 people and keep an office located in an area where only 30,000 people live open,” questioned Rivera, referring to the Greenfield SSA office at 8455 W. Layton Ave. Rivera organized several protests regarding the Mitchell Street branch closure and met with SSA officials weeks before the shutdown.

Rivera said studies have found that closing a Social Security branch harms communities. According to a report by the Disability Research Consortium, excerpts of which were included in the 2018 federal budget, closing a satellite Social Security office results in an 11 percent decrease in disability applications in the affected ZIP codes and the effect continues for at least two years after the closing. Applications for other programs drop as well, and decreases are higher in low-income communities, the report stated.

Rivera and other organizers were at the Mitchell Street office at 9 a.m. the day after it closed to speak with residents. She said about 10 people showed up seeking services during the hour they were there, including one woman who had an appointment, and a veteran. Fifteen more people showed up between 9 and 10 a.m. the following Monday, she said. Several spoke only Spanish.

According to Rivera, English and Spanish notices of the closure were posted on the door with information on other local Social Security offices, but they failed to mention whether services are provided in Spanish or other languages at the other locations. Rivera said this is hardly the type of notice a multilingual community deserves.

“Someone made the programmatic decision not to serve the community. It’s not believable that they could not find another location nearby,” Rivera said.

According to Rivera, an attorney working pro bono has submitted a Freedom of Information Act request to SSA on behalf of the community, seeking documentation related to the Mitchell Street closure. Those documents may contain the true reason the Mitchell Street branch was closed, according to Rivera. The documents will be reviewed to determine whether any civil rights or equal access violations occurred, she said.

No timetable has been set for the release of the Inspector General’s final report. Rivera vowed that the fight for an SSA office on the South Side would continue.

“They didn’t care about how it would impact the community,” Rivera said. “This is not over; what happened is unacceptable.”