You are here: Home / Home / Carousel / Rash of murders generates fear on South Side
Share this... 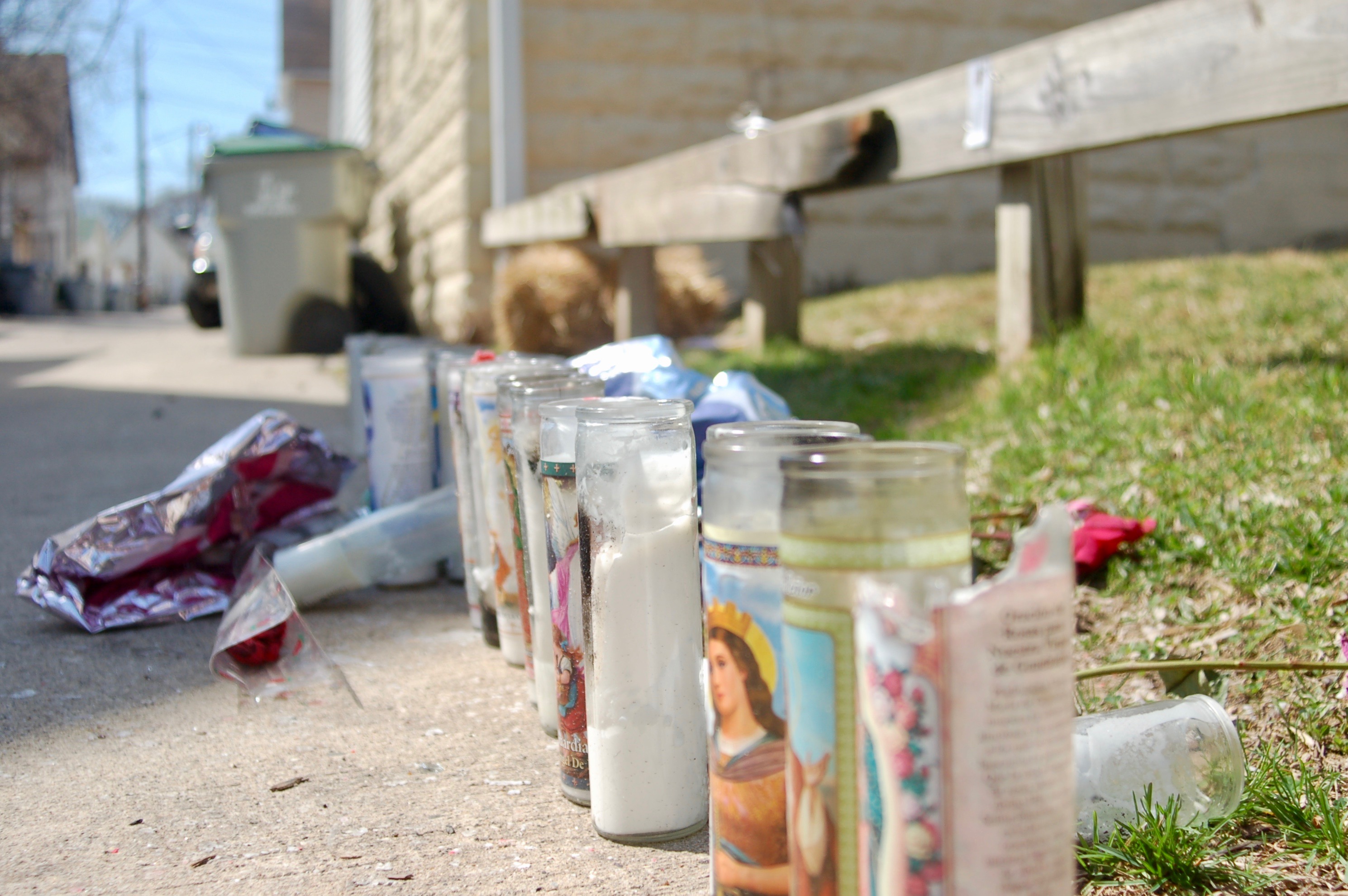 A memorial for Angelica Fiebrink is set up next to an empty lot in the alley on the 1900 block of West Orchard Street. (Photo by Edgar Mendez)

As he stood on the sidewalk next to a memorial consisting of a deflated red balloon and 15 tea light candles, Rigoberto Alicea struggled to shake a vision from his memory.

“I can still see the body of the lady,” said a solemn Alicea, who said he plans to move from the neighborhood soon.

Alicea lives on the 1900 block of South 11th Street, just a few doors down from the scene where a woman and man, Jessica Nelson, 33, and Jamie Johnson, 26, were shot and killed while sitting inside a car on April 14. Their unsolved deaths are among a spate of six murders that occurred within a 15 block-radius on the South Side in March and April. The murder of Angelica Fiebrink, a 24-year-old mother of two who was shot and killed on the 1900 block of West Orchard Street on April 16, and the March 5 shooting death of Jason Nuck, 33, are also unsolved, according to the Milwaukee Police Department (MPD).

“Regarding the murders … police continue to receive tips but anyone with information on any unsolved homicides can contact 414-935-7360,” wrote MPD in an email to Milwaukee Neighborhood News Service.

The double homicide, the murder of Fiebrink and the death of Jessica Rodriguez, 23, whose body was discovered wrapped in a blanket and deflated air mattress on the 1100 block of West Burnham Street, occurred within a three-day period and sparked rumors on social media and in the community that a killer was targeting women on the South Side.

The murder of Rodriguez has since been solved. Donte Harris, 40, was charged last week with killing the young mother of two, shooting her twice inside the kitchen of a home near where her body was found, according to the criminal complaint. MPD did not respond to questions regarding whether the arrest is connected to any of the other homicides, or whether a suspect or motive in any of the unsolved murders  has been identified. 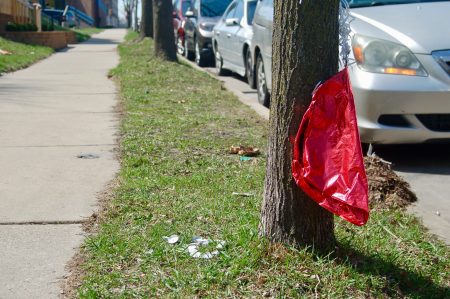 A memorial for the victims of a double homicide that occurred on the 1900 block of South 11th Street on April 14. (Photo by Edgar Mendez)

Talk of a killer targeting women on the South Side reached Deanne Lawson, executive director of Inner Beauty Center, 1300 S. Layton Blvd., a drop-in center for sexually exploited women. She said women who frequent the center said word on the street is that several of the killings are connected and that they all involve drugs.

She hopes the murders, some of which she said involved prostitutes, will help convince women that the time to get out is now and that help is available. She also encouraged them to call police if they have any information.

“They’re living a dangerous lifestyle and they know that, but somebody has to stand up and say something so we can get whoever committed these murders off the street before there is another victim,” she said.

Residents also said they believe the murders are tied to an increase in drug activity and prostitution on the South Side. They said they’re concerned for their safety and tired of the violence.

“It’s getting worse. The drugs and the prostitution are ruining this neighborhood,” said Pablo Soto in Spanish. Soto owns two homes on West Orchard Street, and said he hears gunshots and witnesses arguments and violence regularly.

Matthew Norberg moved to the South Side in January but said his mother has lived on West Orchard Street for years. He said he heard the shots that killed Fiebrink. A memorial of flowers, candles and a prayer card with her picture remain in a vacant lot near where she was murdered. He said he too has noticed an increase in prostitution and drug activity.

“They (the police) had cracked down on prostitution and the drugs here before and things got quiet but now it seems like things are getting worse,” Norberg said.

Paul Grippe, a block watch captain on South 21st Street, said increases in violence, prostitution and drug activity tend to happen in spurts.  Grippe is hosting a block club meeting May 7 at Christ Evangelical Lutheran Church, 2235 W. Greenfield, in which the murders and other issues will be discussed. Grippe added that a representative of “Operation Impact,” a public-private partnership that utilizes strategies such as increased surveillance and police presence, will be there to discuss the program and strategies residents can use to help deter violence.

One of the key messages, Grippe said, will be to encourage people to report suspicious activity, including drug dealing and prostitution to police.

“Things go haywire when people don’t talk to police. We need the public’s help if we’re going to stop these murders from happening in our community,” Grippe said.

As for Alicea, he said he can’t help but think about the pair who was murdered, and also about the days when he felt safe near his home.

“This neighborhood wasn’t so bad at one time,” Alicea said. “Now I just don’t know,” he said, as he shrugged and walked away.