You are here: Home / Home / Carousel / Bike group offers ‘fellowship and fitness’ for women of color
Share this... 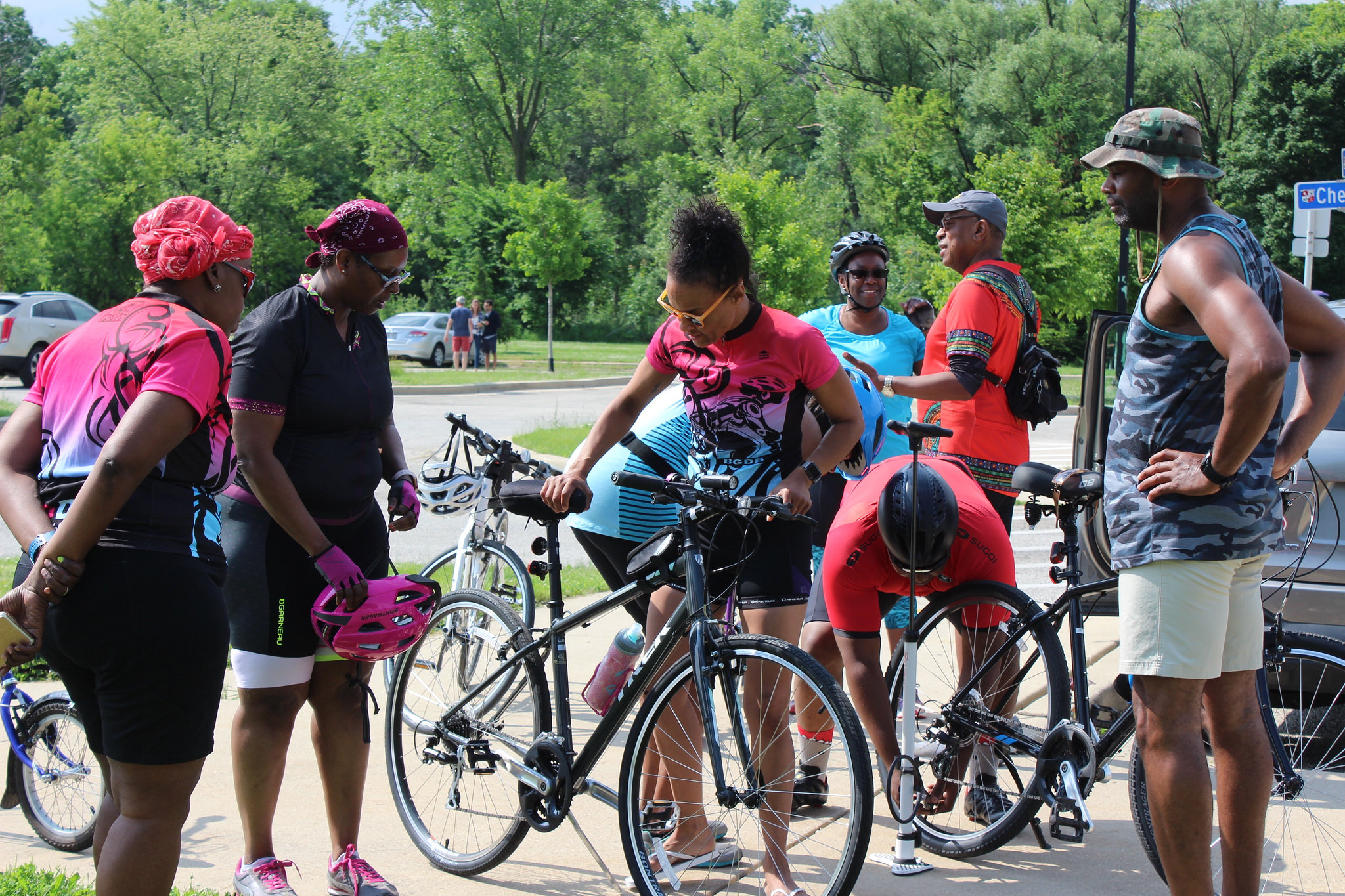 When Tonieh Welland joined a bike club a few years ago to find a community and challenge herself, it bothered her to be the only black woman in a group of more than 100 riders. At the end of the 2014 season, she started her own chapter of Black Girls Do Bike, a group specifically for women of color.

“There’s a huge lack of people of color in these athletic clubs,” Welland said of her previous running and biking groups.

BGDB is a national organization with 73 chapters across the U.S. On the group’s website, founder Monica Garrison said she started BGDB because she rarely saw other women of color biking.

The group is intended to create a space for these women to enjoy fitness, community and a sense of empowerment.

According to Welland, black women need these spaces to feel safe being themselves.

“We want to make it the norm, not the exception to welcome people of color into a circle where they feel comfortable riding,” she said. 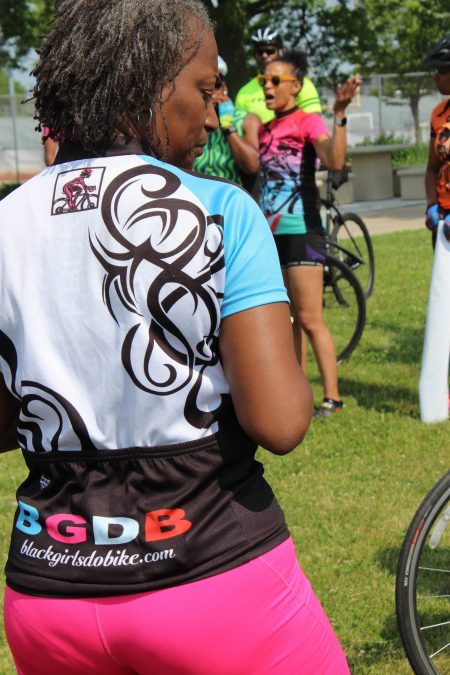 Each BGDB chapter has several “Sheroes,” who lead rides and organize events. Welland and her co-leaders, Nïa Obötette and Vanessa Thomas, are dedicated to building the group and reaching new members, especially those who never expected to join.

For women new to biking, Thomas holds mini-workshops to teach them how to ride and use hand signals. Welland said she’s watched women who start out riding on the sidewalk feeling “very unsure” progress to owning multiple road bikes and conquering longer, faster rides.

“It’s empowering to see that, and it’s inspiring to other riders,” she said.

BGDB has a different culture than other bike clubs, which Welland said can be too serious and exclusive. The group’s focus is to encourage, welcome and include riders of all levels, making sure nobody gets left behind.

Latoscia James, a BGDB member, said the sense of community in the group is encouraging.

“Normally when I bike, there’s not a lot of women of color,” she said. “Most times I’m the only one there and it was just really uplifting to see a whole bunch of other women like me who had a passion for biking.”

Aside from “fellowship and fitness,” the rides provide a respite from everyday chaos, according to cyclist Mary Wise.

“I just like coming out, being a part of everything and learning about biking,” she said at a recent ride. “It helps me to de-stress during the week and brings calm back into my life.”

The group recently held its annual Sistas and Mistas ride, where members invite their partners, fathers, sons and other male allies to ride with the group.

Men are not usually invited to rides, said Welland, but the Sistas and Mistas ride is an opportunity for men to support the women.

“It’s a parallel to what we need them to do in the community, which is to be supportive alongside of us. Not in front of us out in the lead or even behind, but along with us.”

Wyman Winston, Obötette’s father and the one who taught her to bike, attended the event and said he follows his daughter wherever she goes.

“I always have a great time,” he said. “Everyone calls me dad now.”

“It’s nice to have something we can do together,” said Obötette of her dad, who is executive director of the Wisconsin Housing and Economic Development Authority (WHEDA).

BGDB competes in the Riverwest 24, an ultra-long relay bike race. The race is capped at 1,000 participants, but BGDB is the only all-African-American team to participate, according to Welland.

“We made progress and built our club but we still have a long way to go in terms of tipping the balance,” she said, adding that women of color tend to be restricted due to factors such as limited access to safe paths in the inner city, less job flexibility or single parenthood.”

Welland is involved in organizations to improve cyclist safety in the city such as the Path to Platinum Community and the Complete Streets campaign, which push for bike-friendly road design and safe driving initiatives.

“We’re just a volunteer group of people who feel like they can make a difference in the community,” she said.

BGDB has weekly rides from Estabrook Park at 4400 N. Estabrook Drive on Wednesdays and welcomes all women, asking only that white women include their friends of color.

“I don’t care what color you are,” Welland said. “But if you’re going to ride with us for free, you have to be conscious and be part of the solution, not the problem.”