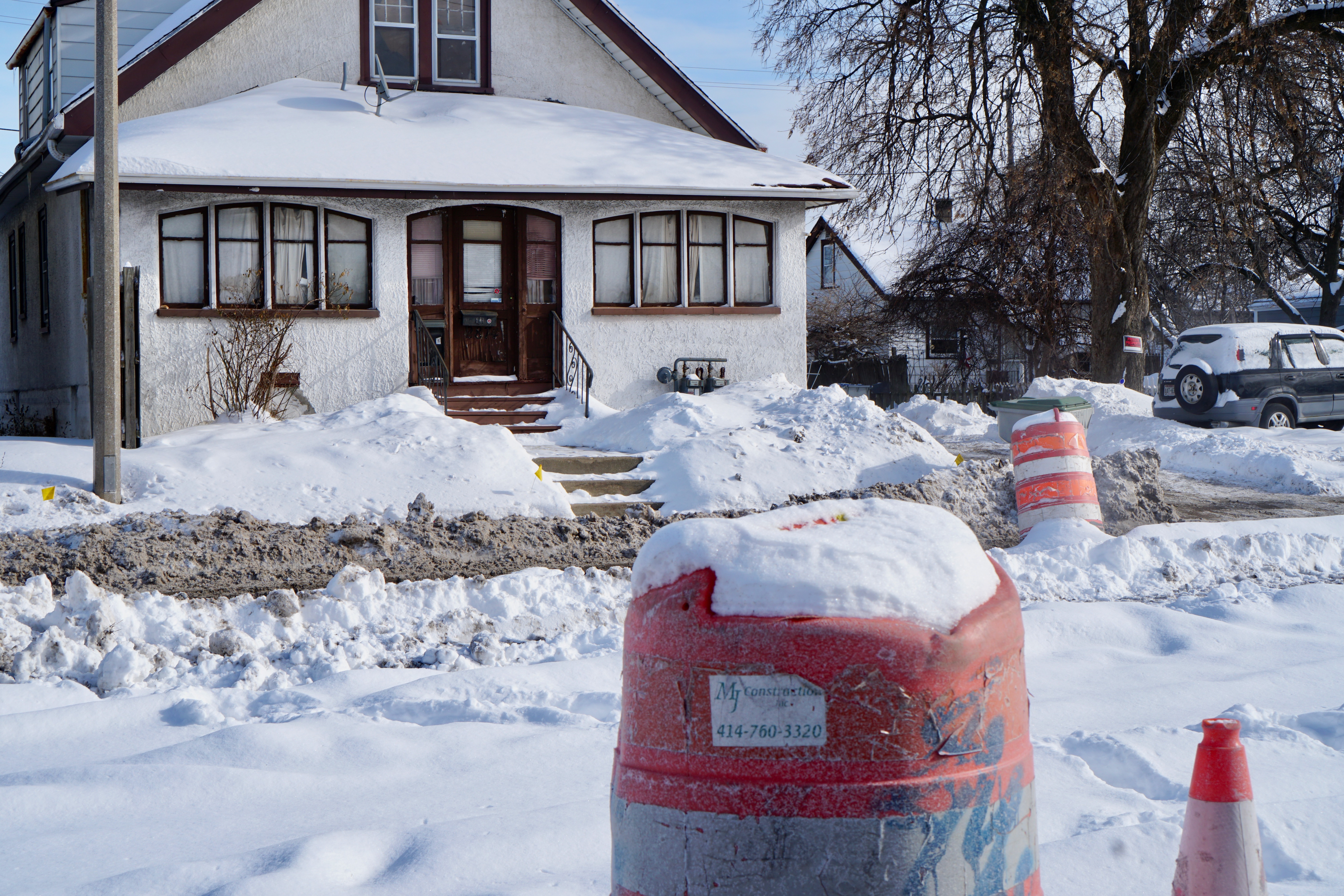 Temperatures dropped to 20 degrees below zero Wednesday with wind chills in the minus 40s. (Photo by Adam Carr)

No doubt about it: dealing with sub-zero temperatures has been tough for Milwaukee residents, but some residents are having a harder time than others. Vital services, including mail delivery, homeless and elderly meal programs, schools, community centers and other institutions that thousands of residents rely on, are shut down, victims of an arctic blast that will stick around through much of Thursday.

“It is clear that this is a generational experience that we are undergoing right now… minimize the time you spend outdoors … frostbite can occur within minutes,” said Mayor Tom Barrett during a press conference Tuesday.

Non-essential City of Milwaukee services were shut down Wednesday, as were all Milwaukee area libraries, schools, museums, the YMCA and Boys & Girls Clubs of Milwaukee and hundreds of other organizations. Some organizations, including Milwaukee Public Schools, have announced that they will also be closed Thursday.

“Many of the places where people hang out to stay warm or eat free meals are closed, which is making things tough. A lot of the safety net services set up for the elderly and low-income are not available,” said John Hyatt, president and CEO of IMPACT, which runs IMPACT 2-1-1, an access point for people in need.

By noon Wednesday, IMPACT had received more than 250 calls from individuals looking to get out of the cold or find out whether certain services, including meal programs, were available. Residents who contact Impact seeking refuge from the cold are referred to area warming centers and shelters that are not at capacity. IMPACT cancelled its on-site programming Wednesday.

According to Hyatt, if you receive meal or other services from an organization and are wondering if it’s closed due to the cold, call on the phone. If there is no answer, most likely the facility is not open, he said. He urged those who need help to continue to reach out to IMPACT, but also to family or friends.

“This is really a time when families and people that care about each other need to step forward a little bit,” Hyatt said.

Goodwill of Southeastern Wisconsin’s day service programs and “Meals on Wheels” program were suspended Wednesday. Employees were able to conduct wellness checks on Tuesday and plan to do so again when the meal delivery program, which serves about 1,400 individuals in Milwaukee County, resumes Thursday, according to Cheryl Lightholder, a Goodwill spokesperson.

“We ask them about their food and whether their heat is running or high enough,” she said.  Goodwill representatives also ask whether individuals have family members or neighbors who are checking in on them, Lightholder said.

“These are dangerous situations so we have to make sure to take care of those around us,” she added.

In terms of how the weather is affecting the city’s infrastructure, most systems were holding up well as of Wednesday morning. According to Brian DeNeve, a spokesperson for the Department of Public Works (DPW), as of 9:15 a.m. Wednesday, two crews were investigating possible water main breaks at locations on Forest Home Avenue and Water Street, while other crews were looking into leaks or frozen pipes at customer properties.

“This is roughly the same amount of activity we’ve seen all week and we are not trending upward at this time. We may possibly see an uptick when temperatures warm,” wrote DeNeve in an email to Milwaukee Neighborhood News Service.

He added that people who had concerns about their water service should contact the city’s 24-hour Control Center at (414) 286-2830.

In terms of road conditions, traffic volume is down and no closures or other major problems have been reported, according to Michael Pyritz, a spokesperson for the Wisconsin Department of Transportation (DOT) southeast region.

“No news has been very good news,” Pyritz said.

He cautioned drivers to beware of black ice on the road caused by blowing and drifting snow, and asked everyone on the road to be extra careful.

“Keep your distance, drive slowly and make sure your car is in good shape if you hit the road, and that you have a phone with a fully charged battery,” he added.

But, the best way to remain safe, according to Barrett, is to heed two simple words.