You are here: Home / Home / Carousel / From troubled teen to trusted mentor: Jose Vasquez’s journey of redemption
Share this... 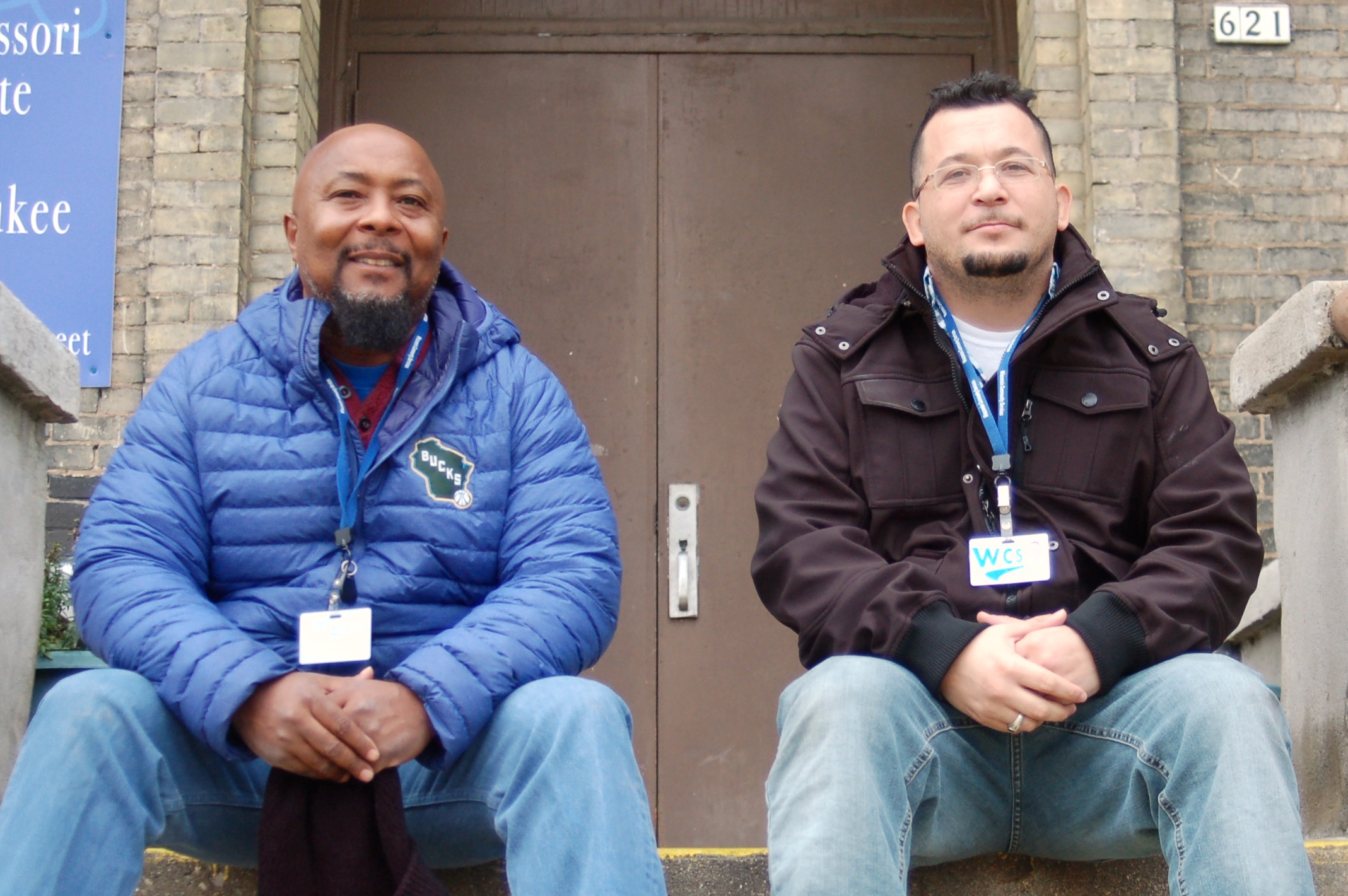 Rodney Campbell (left) and Jose Vasquez sit near the back entrance at the original location of Project Excel, 621 S. 4th St., now the Montessori Institute of Milwaukee. (Photo by Edgar Mendez)

“Bad,” said Campbell, of the 15-year-old who proudly sported a bandana that revealed his gang affiliation.

Vasquez, now 36, said he had turned to the streets as a youngster, viewing his gang as the family he lacked at home. Yet Campbell saw something else in him.

“On the streets, we call it heart, but what it’s really about is sincerity and going 100. If there is something he believes in, he fully stands for it,” explained the salt-and-pepper goateed Campbell, a youth mentor who’s been working at Project Excel for nearly 30 years.

At the time, Vasquez’s dedication was to the streets and a gang culture that dominated the South Side in the 1990s. He was all in, in terms of the gang culture, and had moved up in stature among his peers, Vasquez admitted. Campbell thought that if Vasquez could redirect his focus to something positive, he could find success.

But change wasn’t in the cards yet for Vasquez, not even after getting shot six times at point-blank range by a rival gang member in 1999. Not long after, Vasquez was shipped off to a penitentiary.

“To wake up on your 18th birthday in prison, and to know you’re going to be spending some time away, it was a wake-up call,” Vasquez said. “I had so much anger built up still inside me.”

As he sat in prison, Vasquez remembered lessons he received from Campbell.

“When I got shot he was one of the first people that reached out to me,” Vasquez said.

In prison, Vasquez turned to the Bible and emerged a changed man. He worked to make amends by becoming a community organizer in Clarke Square, a neighborhood he terrorized as a youngster, and as a facilitator for an after-school program at South Division High School.

Over the summer, Vasquez met with George Goulet, the man who lives in the house he was shot in front of. Pockmarks from the bullets meant for Vasquez are still visible.

“You’re looking a lot better than the last time I seen you,” said Goulet, who remembered helping to carry Vasquez into his kitchen and wrapping him in towels to stem the bleeding.

“Being with gangs was lots of fun when you were young, but as you start to get into your teenage years and older, you found out it was taking your life more than it was giving,” he told Vasquez.

“We’re working with young men who see themselves on that path to failure and showing them that they can be successful and live a positive lifestyle,” Campbell said. “It helps when they see Jose, someone who’s been there and done that, to know that they can do it too.” 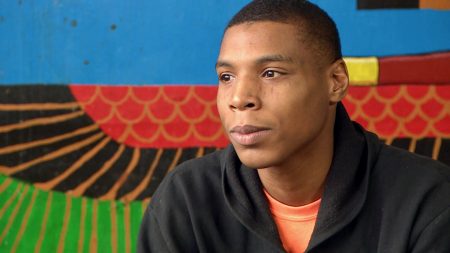 At Project Excel, they work with teens already in the justice system, most of whom enter the program as part of court-ordered sanctions. Some are there to receive anger management treatment, others to attend alcohol and drug abuse classes or to complete community service and make restitution. Sometimes Vasquez and Campbell take them to feed the homeless, and other times they pick up trash on the streets.

But, mainly, they’re there to alter a path that leads to prison or death, and to receive something that many of them have been lacking, Vasquez said.

“A positive male influence who cares for them and loves them unconditionally,” he said.

Antonio Gill, 17, is on probation and completing community service at Project Excel. His friends from the neighborhood still call him, wanting him to take part in fights or other activities that could land him in trouble. Sometimes he picks up the phone and reaches out to Vasquez.

“He doesn’t pass judgment on me. He’ll come and talk to me about how to walk away from situations that could get me in trouble,” Gill said.

While Campbell, who is also a preacher, acts as more of a fatherly figure, Gill said, Vasquez comes at him more from a level of someone who knows exactly what he’s going through.

“I got to be that kid I was back then in my approach to relate to them, but I also have to tell them what I did to get over that,” Vasquez said.

Though their contrasting styles work well, Campbell said he knows that just as he followed his mentor into the field, there will come a time to pass the torch.

“I’m almost too old for this field,” said Campbell, 53. “You spend a lot of your life trying to help people, and when you see the end of the race coming, it’s good to pass the baton,” he said. “My mentor passed it to me, and I hope I’m in a position where I can pass it to Jose.”

You can learn more about Jose Vasquez and Rodney Campbell’s journey by tuning into PBS’s 10thirtysix show at 7:30 p.m. Thursday, Jan. 21.