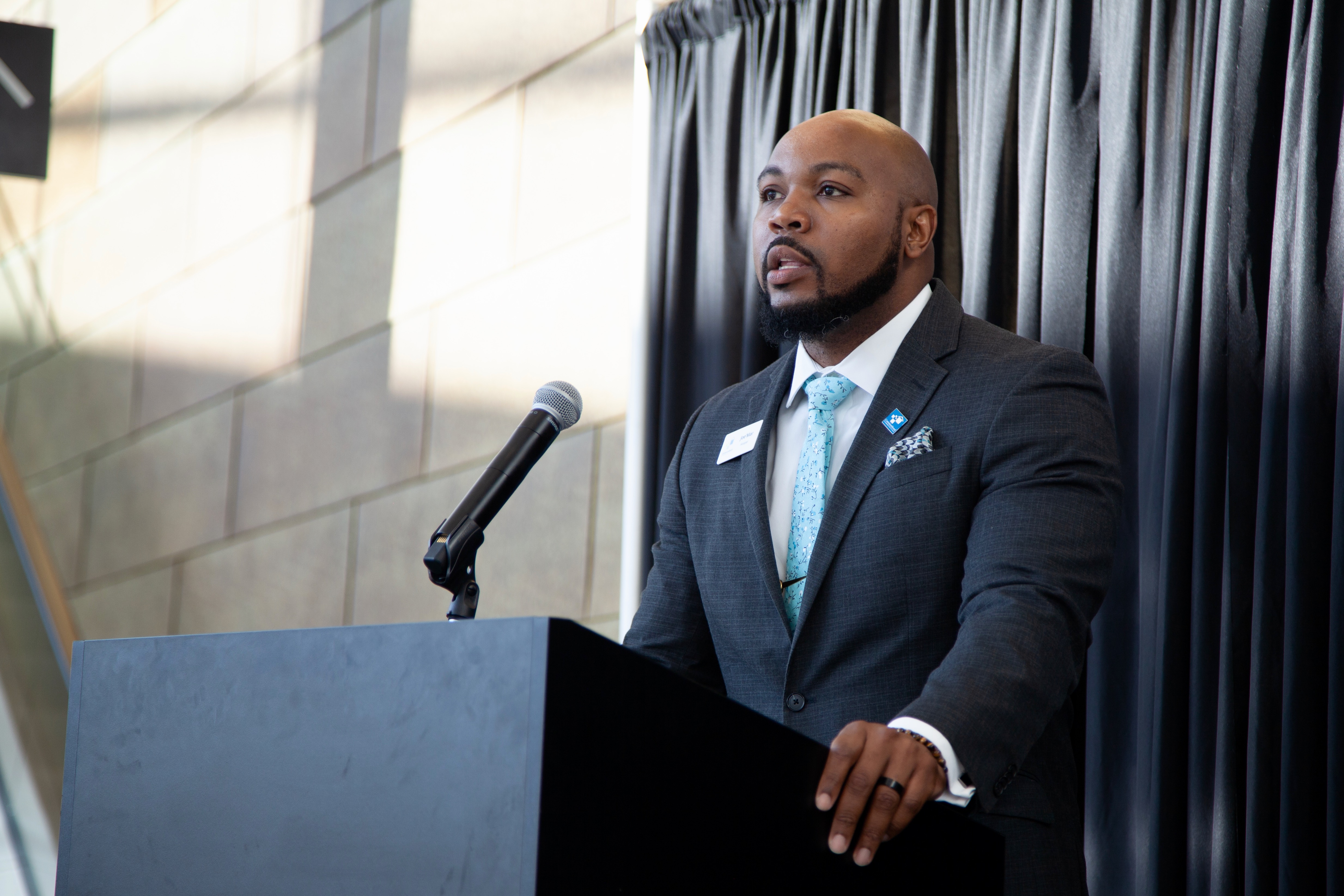 New Safe and Sound Executive Director Joe’Mar Hooper hopes to build on the organization’s success and bring even more partners to the table.

As a Cream City native and product of Milwaukee Public Schools, Joe’Mar Hooper has an insider’s perspective of Milwaukee.

“I’ve seen positives and negatives. I’ve seen many challenges . . . and I’ve seen the development of downtown and how that impacts the community,” said Hooper, who starts March 9 as the new executive director of Safe and Sound.

Hooper has served in nonprofit and business sectors.  Among his past roles: director of business, community and family partnerships at MPS, where he oversaw My Brother’s Keeper and other programs; health operations administrator for the Milwaukee Health Department; and deputy city treasurer. Most recently, he worked as Wisconsin market leader for CommonBond Communities, a regional organization that works to increase affordable housing.

It was his past job experiences, the fact that he’s served on numerous boards and committees and that he is a longtime Milwaukee resident from Sherman Park that helped to convince John Kordsmeier that Hooper was the best fit for the job.

“He is very in tune with what’s going on at a very real level in these neighborhoods,” said Kordsmeier, a retired executive at Northwestern Mutual who served as head of the search committee and is board chairman at Safe and Sound. “He’s also been responsible for selection of boards of directors, strategic planning, fundraising and has a lot of experience working with youth.”

In his new role at Safe and Sound, which  works to unite residents, youths and law enforcement to improve public safety in Milwaukee, Hooper said he plans to shore up the organization’s mission by forming more  strategic partnerships.

“We need the business community, law enforcement and grassroots groups to get involved, and we need to leverage all of those pieces to get things done,” he said. “I think my biggest challenge is to make sure I can bring as many people along with me as possible.”

Kordsmeier believes that the connections that Hooper has built with the business community, people within city and state governments and with foundations and others positions him well to achieve his goal.

“We have an obligation to grow our presence in the Milwaukee area. [Hooper] is the right leader at the right time for this position,” he added.

Hooper succeeds Katie Sanders, who left in the fall to become chief planning officer of the Milwaukee Public Museum.

Hooper, who is married and has two children (one will graduate from his alma mater Rufus King in the spring), said he chose his new role because of the organization’s reputation.

“I had known about Safe and Sound and seen the positive impacts that they had in the community,” he said.

Safe and Sound currently serves 11 areas in Milwaukee, including the Amani, Harambee, and the Sherman Park neighborhoods on the North Side, and Clarke Square and Layton Boulevard West on the South Side. The organization provides technical assistance, facilitates youth programming, forms awareness and outreach campaigns and helps residents launch block watches and other initiatives.

“I want to take us to even greater heights. This organization is very well-positioned, but there is no shortage of need, so we’ll all need to work together,” Hooper said.