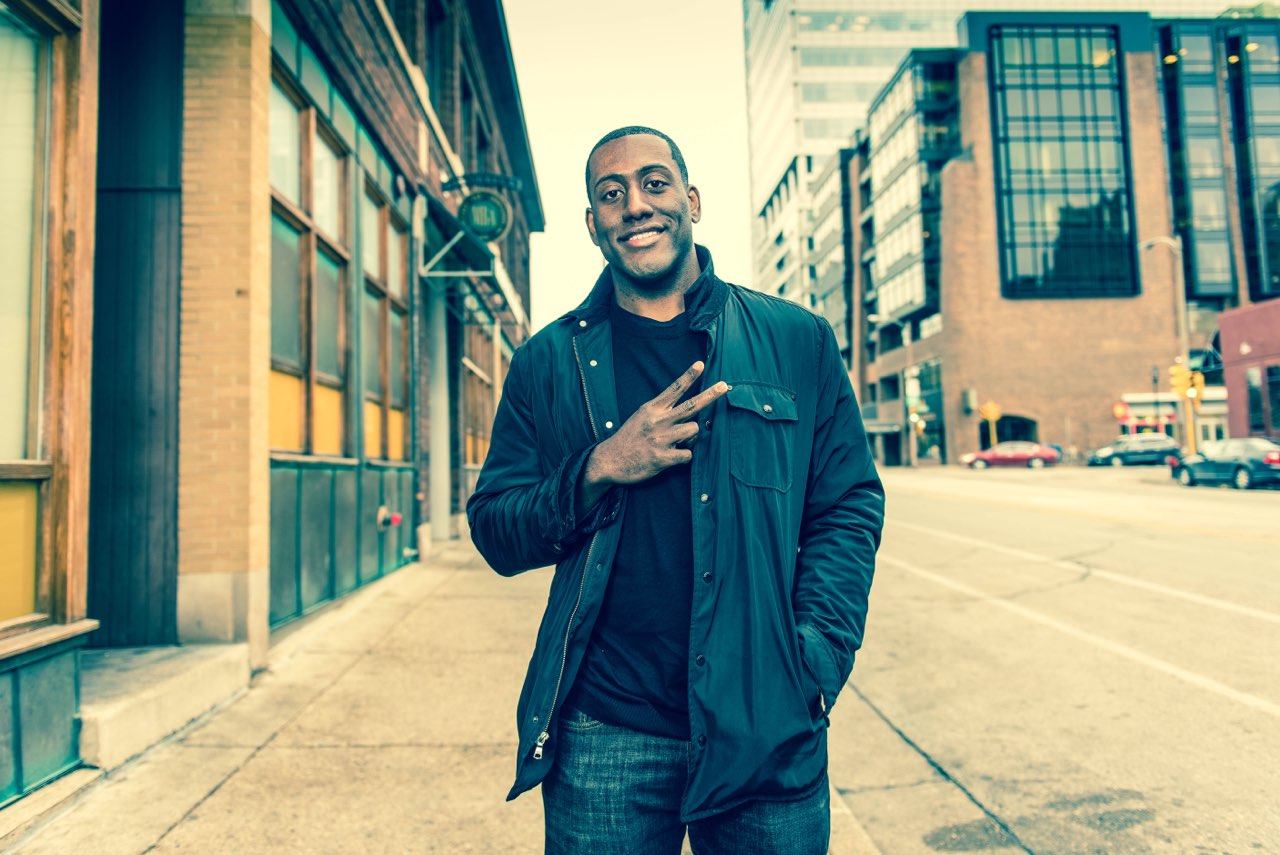 “I used to get denied entry to almost every club for being Black basically,” says Tyrone “DJ Bizzon” Miller, who now has added “author” to his list of achievements. (Photo provided by Tyrone Miller)

Tyrone Miller, aka DJ Bizzon, has always been into music.

“My mom always had music playing,” he said. “When I would go to parties, I’d be like, I know I can do this better.”

He said when he decided to become a professional DJ, he spent a lot of time going to different clubs.

“I would just be a fly on the wall to see who was DJing and how they did it,” he said. “Sometimes I’d hit four or five different places in one night.”

Now, Miller, 36, who grew up in Sherman Park and lives in Washington Heights, is teaching others through an instructional book.

The “Hal Leonard DJ Method” by DJ Bizzon is a textbook for anyone beginning or looking to begin DJing. It addresses things like DJ equipment and setup, using turntables and mastering song transitions. 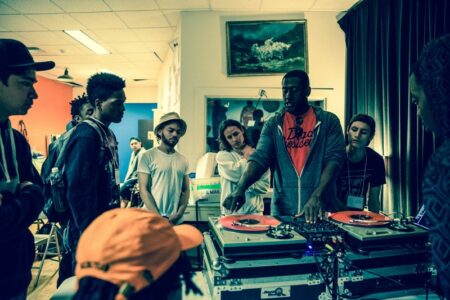 “You have to love the process as much as you love the product,” Miller says. (Photo provided by Tyrone Miller)

“I used to get denied entry to almost every club for being Black basically,” Miller said. “I wanted people to be free and comfortable when they came to my events.”

Miller has worked as an instructor and program director at various youth organizations and founded Scratch Session, a program providing free DJ and music production lessons, career training and mentorship to young people in Milwaukee.

He’s also worked with Milwaukee Public Schools and has served on the Milwaukee Bucks DJ crew and as an on-air personality at 88Nine Radio Milwaukee.

His family, while proud, is not surprised by his success.

“Despite how good he is at his craft, he doesn’t hesitate to show people how to do exactly what he does, though I was impressed that this opportunity came to him” his sister Michele Miller said. “A Black man from Milwaukee is going to educate people all over the world. That says a lot.”

His other sister, Tiffany Miller, said, “The book was a natural fit into the classes he was already teaching.”

Friends say his genuineness is what makes him so successful.

“Tyrone is very unapologetic about everything he does,” said Jordan Lee, his friend and coworker at 88Nine Radio Milwaukee. “He wears his heart on his sleeve and stands up for what he wants.”

Miller advises others pursuing their careers to enjoy the work they do.