You are here: Home / News / Arts and Recreation / First Stage’s ‘Amplify’ series raises the voices of people of color
Share this... 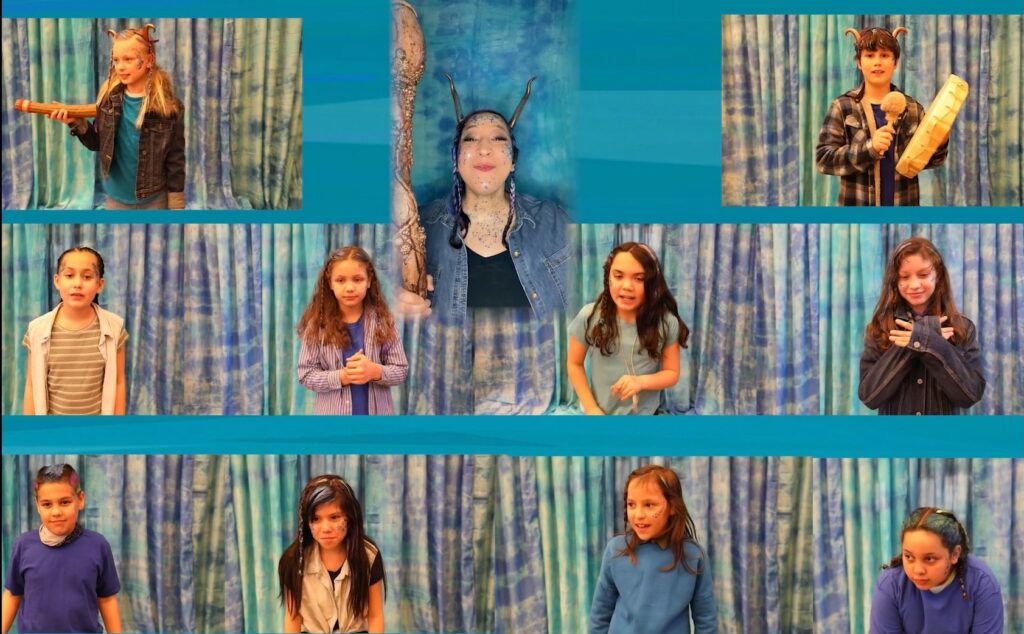 When Ty Defoe was young, he played the spider in First Stage’s production of “Charlotte’s Web.”

Now, he’s back at the children’s theater-this time as a playwright-with his short play, “Copper Horns in Water.” 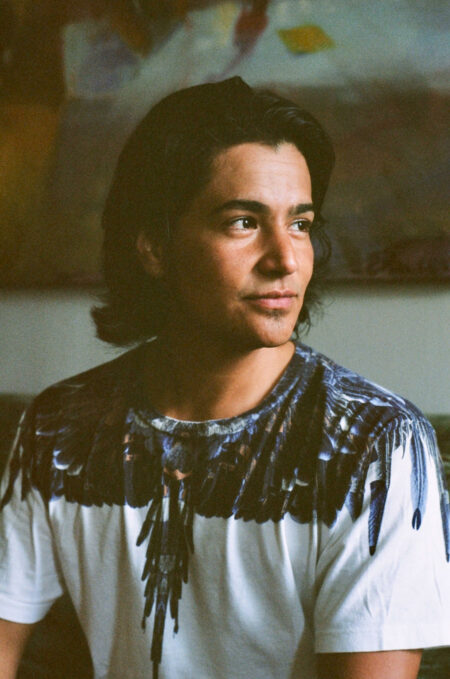 “For me as an artist to write a story like this in my own territory, for me it’s a great coming home,” Ty Defoe says. (Photo by John Edmonds)

“It was a no-brainer to me to write something that amplifies the Native people of Wisconsin,” said Defoe, who is an Indigenous artist, actor and playwright.  In “Copper Horns,” he said, “the Native youth get to be the heroes, they get to build relationships and be complicated individuals.”

The play follows North, an underwater creature that recently earned its copper horns during a coming-of-age ritual, and is based on the Anishinaabe storytelling tradition and features students from the Indian Community School and Marisa Carr.

The play is a part of First Stage’s “Amplify” series, which features plays by BIPOC, or Black, Indigenous and People of Color, artists.

First Stage has always been a place for young people to see themselves on stage, its artistic director Jeff Frank said. But this new series is a part of the theater’s longstanding commitment and conscious effort to reflect the community, Frank said.

“If you can dive into theater and see perspectives from other characters, it’s going to expand your world,” Frank said.

The “Amplify” series hopes to do this by showcasing the voices and works of BIPOC artists.

The series consists of two plays: “Copper Horns in Water,” which is available to stream until Sunday, May 16, and “Unmuted,” which will begin streaming Friday, April 30.

Alvaro Saar Rios, the playwright behind “Unmuted,” is a resident playwright with First Stage and an associate professor at UW-Milwaukee. 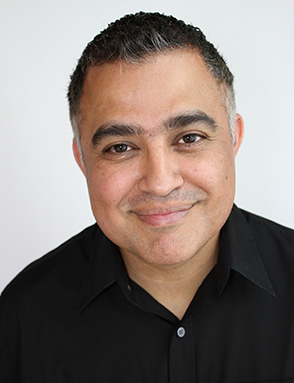 Alvaro Saar Rios, the playwright behind “Unmuted,” says theater shows people’s experiences and allows the audience to empathize with them. (Photo provided by First Stage)

Rios, who is Latino, said some of his plays are about Latino culture, but “Unmuted” is not. Sometimes there is an expectation that the work of BIPOC artists has to reflect their culture, he said.

The play follows a group of students in virtual gym class after the substitute teacher is kicked out of the Zoom.

“I wanted it to be this piece that reflected what my son was going through,” he said. “Because the kids have this room to themselves, they get to be kids.”

‘The students kept coming back’

The turnaround for both plays has been relatively quick. While Defoe and Rios have embraced the heightened intensity, technical problems created extra challenges for all involved. First Stage figured out early on that due to internet connectivity issues, it had to film each actor individually and then stitch the final production together.

“It became a hybrid of theater and film to become this finished project,” Frank said. “It provided a series of challenges that we look at as learning experiences here at First Stage. It’s easy to look at challenges and be defeated by them but being able to push through shows a resilience.” 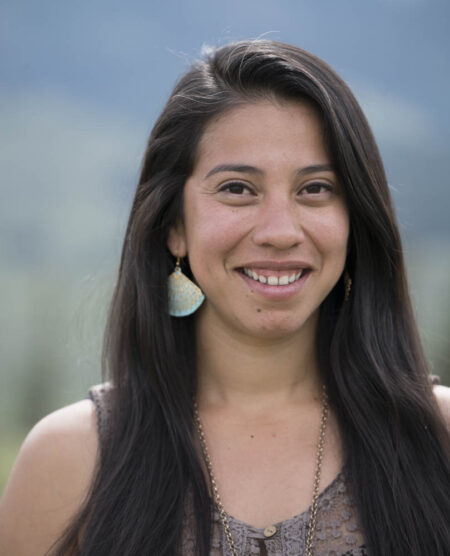 Johamy Morales, the director of “Copper Horns in Water,” says the theater should invoke a true sense of community. (Photo provided by First Stage)

Johamy Morales, the director of “Copper Horns in Water” and director of education for the Seattle Children’s Theatre, said the process kept her on her toes and taught her to be flexible.

“As a director, I learned to enjoy the process of being in unknown territory,” she said. “I’m a leader on this project but I’m also a learner.”

Morales especially admired the students’ resilience. Rehearsal would take place after a full day of school, she said.

“The students kept coming back,” Defoe said. “They wanted to make the story together and that was really inspiring to me.”

Defoe and Morales hope that the play encourages viewers to think more consciously of water and the responsibilities that humans have toward it.

“Art is a tool for social impact,” Defoe said. “It saves lives and inspires people to do work.”

“I hope that virtual theater continues,” Rios added. “It allows us to reach audiences we haven’t been able to reach. I’m proud that we’re utilizing the internet and using it as a way to tell stories and create something.”

How to watch the plays

“Copper Horns in Water” is available to stream now, with “Unmuted” available starting Friday, April 30. The plays are free to stream on YouTube.