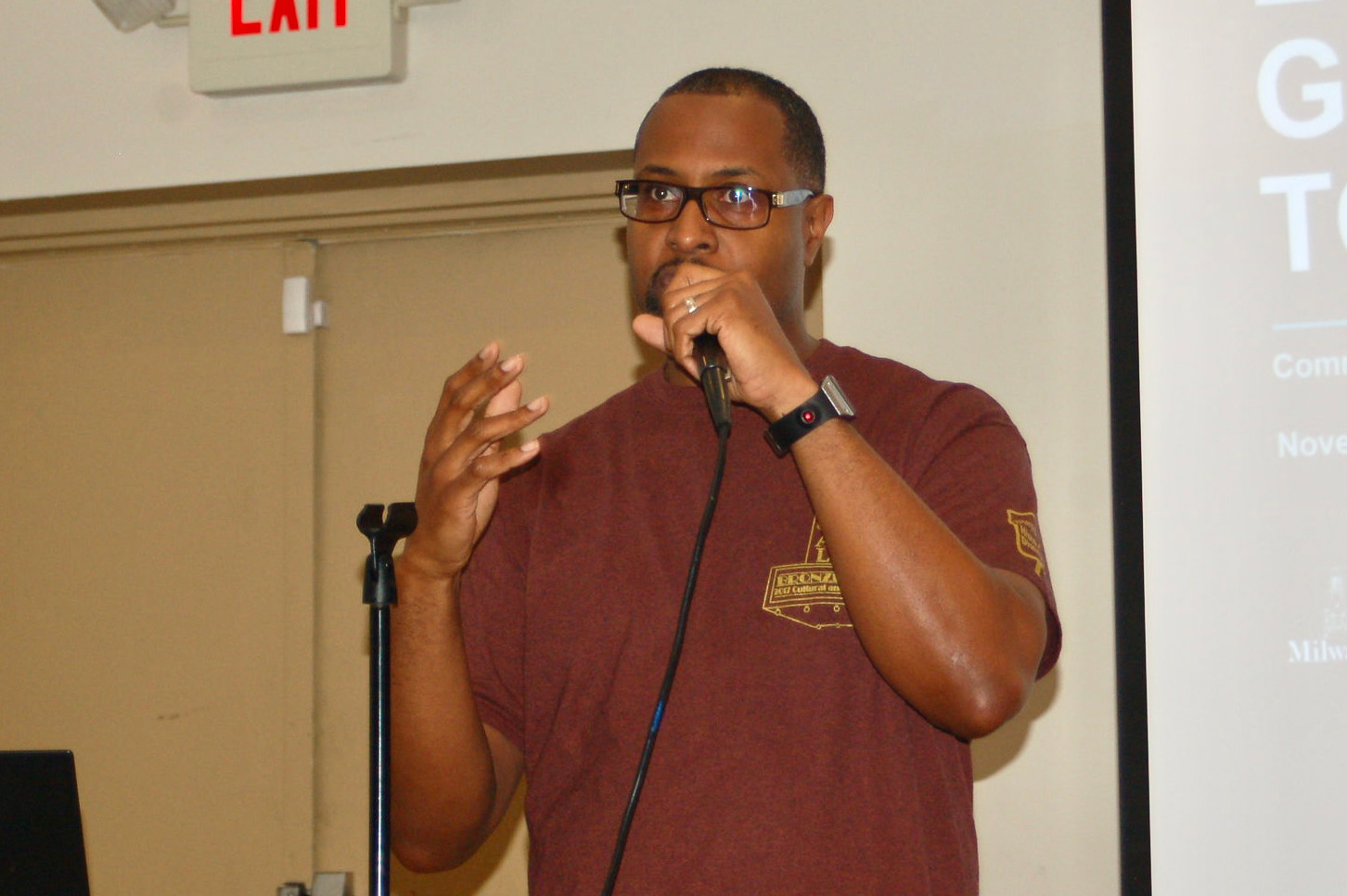 The Historic King Drive BID # 8 today announced that Executive Director Deshea Agee is leaving the position later this month to pursue other opportunities and the BID has begun a national search for new leadership.

“We are so grateful to Deshea for his tremendous leadership over the last five years,” said BID Board President James Phelps. “During his tenure, the BID has experienced significant new growth and supported the creation of more than 20 Black or Brown-owned small businesses in the King Drive Corridor. We look forward to building on this great work in the years ahead.”

The Board of Directors has engaged a search firm to launch a local and national search to identify the next leader for the BID. Agee will continue to serve the BID in a part-time, advisory capacity until the new Executive Director is on board.

During Agee’s tenure, the BID has seen many significant successes, including:

“It has been a tremendous honor to help lead the Historic King Drive BID during a time of great opportunity,” said Executive Director Deshea Agee. “I am proud of our shared success and know that the Corridor will continue to build on this great momentum in the years ahead.”

The BID has several major initiatives that will be lead by the new Executive Director, including:

The BID will also continue to invest in small businesses and support major initiatives such as the grand re-opening of America’s Black Holocaust Museum, construction of ThriveOn, the partnership between the Medical College of Wisconsin and Greater Milwaukee Foundation, the development of the Dohmen Foundation headquarters building, the potential for Hop streetcar expansion and the potential advancement of American Family Insurance offices and the Milwaukee Public Museum complex.

“We have never been more excited about the future of King Drive,” said Phelps. “We look forward to finding the next visionary leader who will help us continue to make this the best King Drive in the nation.”

Since its inception in 1992, the BID’s mission has been to improve the King Drive District by fostering a culture that enjoys a trendy and authentic retail experience while attracting businesses who embrace the commitment to hard work and strong character that the area was founded on. And so far, expectations have been exceeded. In the past 15 years there has been over $400 million of new development in the BID. BID members, partners, and the Harambee residential community work together to cultivate a thriving community. For more information on the Historic King Drive Bid #8, visit Historic King DriveBID.