2014 Brewers Community Foundation Public Space Award Winner: A product of partnership among Menomonee Valley Partners, Menomonee Valley Branch of the Urban Ecology Center, State of Wisconsin, and the City of Milwaukee. The 24-acre site offers access to the Menomonee River for fishing and canoeing, a native landscape for wildlife, and two miles of walking and biking trails (part of the Hank Aaron State Trail).

2014 Northern Trust Navigator Award: Since he began the CDC in 1983, Snyder’s organization has been involved in community development activities including the reclamation of an abandoned city fire station, the Villard Avenue Business Improvement District, MetroWorks Small Business Incubator, the Northwest Industrial Council and the Villard Avenue Library.

2014 PNC Trailblazer Award Winner: The organization employs more than 100 volunteers a week to retrieve unused food from caterers, grocery stores, bakeries and wholesalers. The group repackages and distributes the food in the community, serving 1,500 meals per week.

2014 State Farm Building Blocks Award Winner: A project of the Housing Authority of the City of Milwaukee. The project, which residents helped to design, includes 250 affordable apartments and homes, green space, and 30,000 square feet of community gardens. It also features 14 homes built to reduce risks for respiratory-related illness, 45 units of dedicated senior housing and 12,000 square feet of neighborhood-serving retail space.

2014 Vision Award Honoree: Northwestern Mutual has given $16.9 million to nonprofits nationwide. In 2012, more than 1,000 of the company’s employees donated 25,000 hours to volunteer efforts, and last year, the Northwestern Mutual Foundation committed more than $725,000 to three Milwaukee neighborhoods—Amani, Metcalfe Park and Muskego Way.

Winners of the Milwaukee Awards for Neighborhood Development Innovation (MANDIs), awarded to organizations working to improve impoverished neighborhoods, were announced at a sold-out dinner. 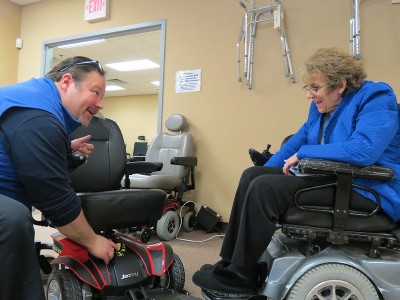 Check out this series of articles by the Milwaukee Neighborhood News Service about finalists for 2014 Milwaukee Awards for Neighborhood Development Innovation (MANDIs).
Advertisement