You are here: Home / Home / Carousel / New Fire and Police Commission head seeks to bolster confidence in police
Share this... 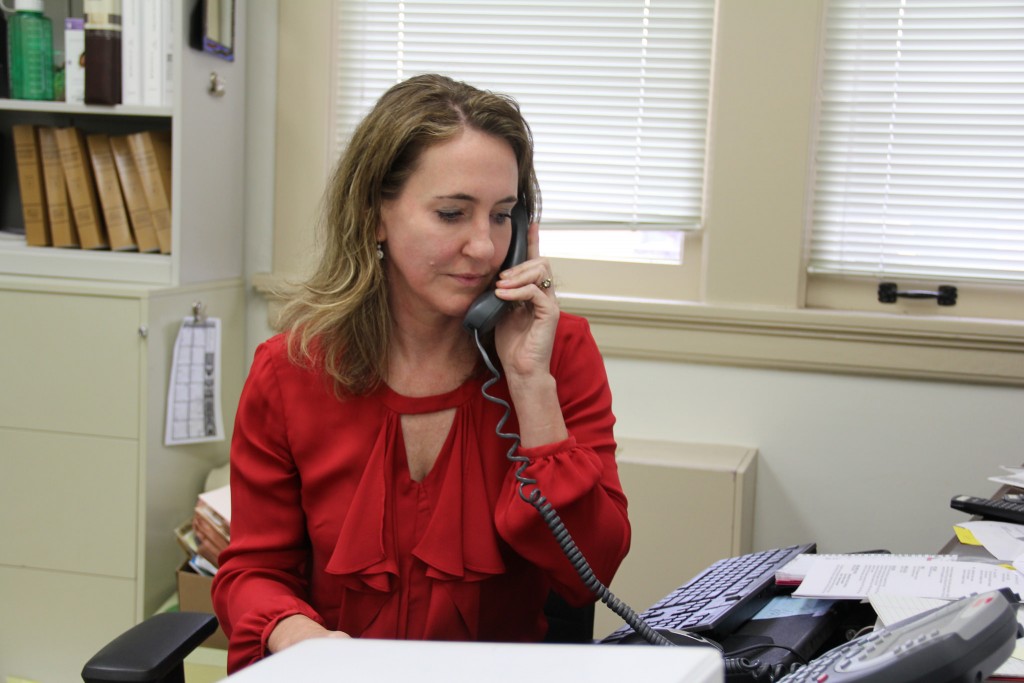 MaryNell Regan, the recently appointed executive director of the Milwaukee Fire and Police Commission, has set a goal in her new job: to promote “a happy and healthy community” where citizens are knowledgeable about how the commission works, and can discuss public safety issues with commissioners.

The commission has been repeatedly embroiled in controversies about police use of force, treatment of suspects and interactions with the city’s minority population.

Regan, whose appointment was confirmed by the Common Council on Sept. 1, said her preferred approach is collaboration and education. She added that she wants to be “out and about” in the community to educate citizens about the role of the Fire and Police Commission and to establish links with community members.

Milwaukee Mayor Tom Barrett, who appointed her to the position, said Regan is already doing that. “She’s definitely reaching out into the community,” Barrett said. “She’s giving the Fire and Police Commission a presence at community events. She’s going out and offering information,” passing out material about the commission and answering questions, Barrett said. 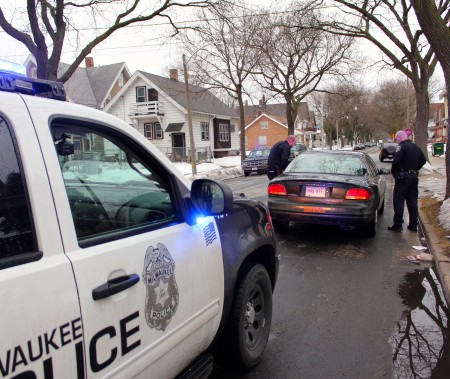 Rights and responsibilities of police are a high priority for the executive director of Milwaukee’s Fire and Police Commission. (Photo by Mark Doremus)

Jennifer Hazard, a local activist, said she is “encouraged but cautious” about Regan’s potential impact on the commission’s relationship with the community. She added that she would like to see the commission “be more representative of the city’s population, including at least one member who works on a very grassroots level with the population most often targeted by police interaction.” She also suggested that a youth representative serve on the commission. “We need people on the board who know the streets,” Hazard added.

The seven-member Fire and Police Commission is responsible for all aspects of public safety operations in Milwaukee. Members set policy, hire and fire police and firefighters, and take disciplinary action when needed. The body was established in 1885 by state law to combat corruption at a time when, according to the commission website, the fire and police chief appointments were a form of political patronage controlled by the mayor.

Mary Watkins, an activist who has spoken before the commission, said she sees some positives in Regan’s performance so far. “She did review the citizens complaints from January to September and she pledged to have a complete report ready to present to the board after the year’s end,” Watkins said. Watkins also noted that the pace of disciplinary hearings for officers has accelerated, but she remains suspicious of Regan’s establishment ties. “She’s a former assistant city attorney. … It just seems like no matter what they do they always manage to pick an insider.”

Regan went to high school in Oregon and received her law degree from Marquette University in 1994. She was in private practice before taking a job in the city attorney’s office, where she worked for 16 years before moving into her new job. She cites her experience working with “four police chiefs and four fire chiefs before this position” as an advantage in her current role.

According to her former boss, Deputy City Attorney Miriam Horowitz, Regan is well equipped to assist the commission in human resource matters. “She’s a very effective communicator,” Horowitz said. “She’s very experienced and knowledgeable in employment law,” which of course is a big part of what the fire and police commission deals with.

“She has always been dedicated to the idea of diversity, equal opportunity and maintaining high standards for civil rights,” Horowitz said. “She’s deeply committed to that.”

Regan took the executive director position at a time when the Milwaukee homicide rate is climbing. The total stood at 152 as of Dec. 28 compared to 84 in 2014, according to the Milwaukee Journal Sentinel’s Homicide Tracker.

“I think people are very frustrated about the growing homicide rate and they are frustrated,” Regan said. “So my goal is to provide avenues for them to let off some steam and let their voices be heard.” For Regan, an effective citizen complaint process is critical to maintaining trust between citizens and law enforcement. Regan pledged “to monitor complaint investigations to completion. “

Shawn Moore, of Project Make a Change and the Safe Zones Initiative, doubts that Regan’s outreach efforts, however sincere, will translate into positive results for the minority community.

“I’d love to see her honor her word about communication, but what will be the outcome? Will police training change? Will police be held responsible for their actions? I doubt it,” Moore said.

Khalil Coleman, of Occupy the Hood and the Safe Zones Initiative, said he’s been trying to get citizens more involved with the commission for several years. He echoed the concerns of Hazard and Crowley, and suggested adding an ad hoc citizens review committee to the mix, with representatives from each area of the city actively monitoring police activity and reporting back to the commission. So far the commission hasn’t taken him up on the suggestion, he said.

Coleman also said there should be a mechanism for citizens to record their complaints immediately after an encounter with authorities, while the incident is still fresh in their minds.

“After someone’s had a bad experience with police, it’s not reasonable to expect them to jump through hoops to make a formal complaint by going right back to the police where the problem started in the first place,” he said.

Still, Coleman said he appreciates Regan’s professed willingness to set up direct lines of communication with city residents. He said he just might give her a call.

About Mark Doremus and Karen Slattery 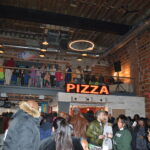