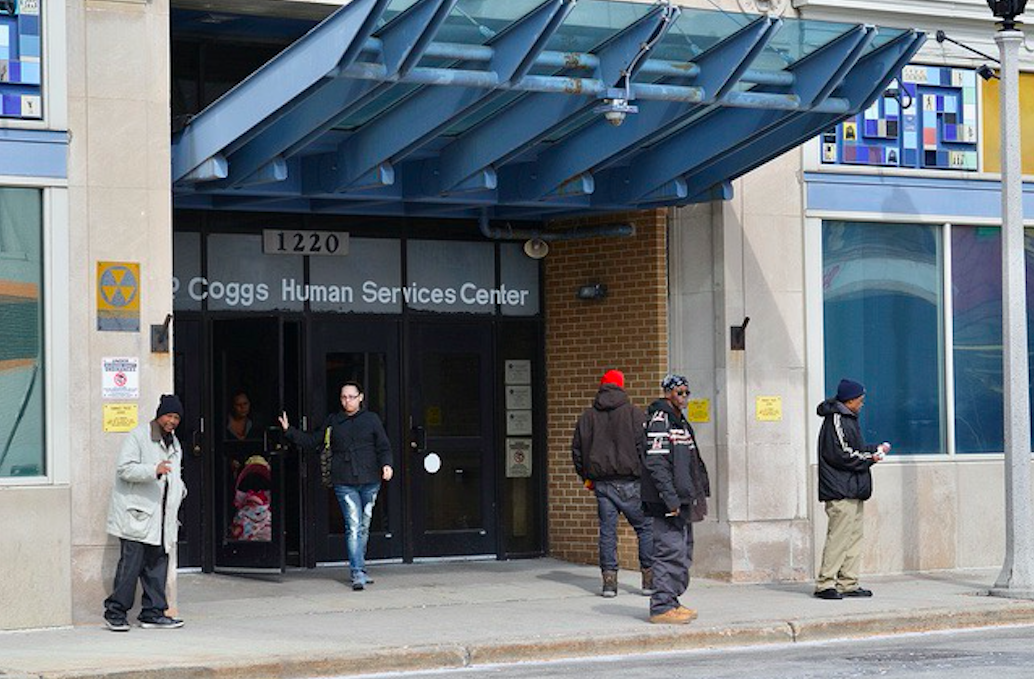 When Derek Osborne, 48, re-applied for FoodShare in spring 2014, he didn’t know he was no longer eligible for the food stamps program. Osborne was in the process of leaving Racine for school in Milwaukee when he found out.

“I went ahead and filled all the paperwork out. And, then … once that was all processed, they were like, ‘Oh, by the way, you’ve got to do this job search, and you’ve got to put 20 hours a week in looking for work to keep your food stamps,” Osborne said.

According to representatives of Milwaukee nonprofits, a decision by Gov. Scott Walker to not renew waivers on FoodShare time limits starting at the end of 2014 has caused tens of thousands of people in Milwaukee County, and other economically depressed areas around the state, to lose their benefits.

To qualify for a waiver an area must have a recent unemployment rate over 10 percent, a recent 24-month average unemployment rate 20 percent above the national unemployment rate or be designated as a Labor Surplus Area by the U.S. Department of Labor. According to Hunger Task Force Director of Advocacy Maureen Fitzgerald, 10 counties and three municipalities, including Milwaukee, are eligible for the waivers but are unable to take advantage of them because of Walker’s decision.

The federal Personal Responsibility and Work Opportunity Reconciliation Act of 1996, a Clinton-era welfare reform, requires that able-bodied adults without dependent children must work, volunteer or report for work training at least 20 hours per week. They are defined as anyone between 18 and 50, who is legally able to work and is not pregnant or living with a child under 18 who they support. Exemptions include anyone attending an institution of higher education, receiving unemployment benefits and individuals who are disabled or participating in an alcohol or drug abuse treatment or rehabilitation program.

For those who don’t meet these requirements, SNAP (FoodShare) benefits are limited to three months of benefits every three years. Those time limits were suspended nationwide in 2009 because of high unemployment resulting from the Great Recession. 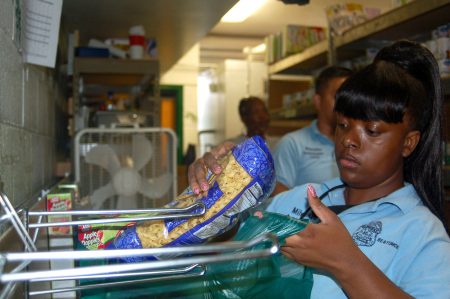 A U.S. Army veteran, Osborne suffers from post-traumatic stress syndrome. However, he is considered only 30 percent disabled by a panel of psychiatrists. Individuals who are less than 50 percent disabled are still considered able to work. Despite going to school at MATC to be a dietary technician — Osborne already has a degree in culinary arts — he wasn’t taking enough credits to qualify for the higher-education exemption. He has past substance abuse issues, which keep him from working in a stressful kitchen environment, but is not currently in treatment.

Osborne, who lives near 37th Street and Oklahoma Avenue, said he misses the $200 a month he got through FoodShare, which helped him survive on meager benefits while in school. He’s been to St. John’s Lutheran Church, 5500 W. Greenfield Ave., which holds a food pantry every Tuesday for veterans, but Osborne, who doesn’t own a car, said the trip is too far so he hasn’t been back recently.

“My refrigerator’s bare right now — it’s not like it used to be,” Osborne said. “I don’t think it’s fair.”

According to Wisconsin Department of Health Services (DHS) data, starting in January 2010, the number of monthly FoodShare recipients in Milwaukee County began a steady increase, from just over 200,000 to a peak of 291,119 in October 2013. Numbers remained steady during 2014, which began and ended with about 285,000 people using food benefits per month. But, by the beginning of 2015, numbers started to fall off; in December of that year only 257,456 were enrolled in Milwaukee County. As of May 2017, the number was 240,685.

Elizabeth Goodsitt, communication specialist at DHS, explained the drop by noting that FoodShare is considered a “lag economic indicator,” which means it often mirrors unemployment numbers on a delayed basis. She added, “As the economy improves and unemployment rates drop, the FoodShare enrollment rates will also decrease.”

Goodsitt declined to answer additional questions about whether suspending the time- limit waiver had an effect.

The unemployment rate statewide is below 4 percent, the lowest it’s been in more than 15 years. However, a recent report by the nonpartisan Center for Wisconsin Strategy notes the state lags in wage and private-sector job growth and union representation. According to the report, Wisconsin’s middle class has continued to decline as African-American unemployment has remained steady at 11 percent, 2.9 times the rate for whites.

In April 2016, more than 25 health, food and worker organizations — including the Hunger Task Force, Public Policy Institute and 9to5 — signed onto a letter calling on Walker to reinstate the waiver in order to protect people in eligible areas from the “harmful” effects of the time limits.

“This is a choice that the state is making that the state doesn’t have to make,” said Michael Bare, research and program coordinator at the Community Advocates Public Policy Institute. “To leave people hungry … doesn’t make sense.”

“The assumption is that the folks who are on FoodShare are, somehow, lazy or need some kind of work requirement in order to eat,” said 9to5’s state director for Wisconsin Astar Herndon. “It just perpetuates this level of disparity.”

Walker’s office did not respond to requests for comment. Autumn Morgan, an operations manager at ResCare, which contracts with the state to administer the FoodShare Employment and Training (FSET) program, also did not respond to calls and voicemails requesting an interview.

Herndon and Fitzgerald also questioned whether individuals who are not working and instead must enroll in FSET are receiving training that will provide them the opportunity to secure family-supporting employment, or whether people are simply being forced into low-wage jobs.

Herndon said tying food to work is “punitive,” particularly when the state is not taking proactive measures to make the economy healthy, pointing to a minimum wage that “is not life-sustaining.”

“Cutting people off from eating is taking away their humanity,” she said. “You’re saying, ‘You’re not worth living enough to eat.’”

Fitzgerald said, “As a state, we need to decide: are we going to help our neighbor when our neighbor’s in need?”