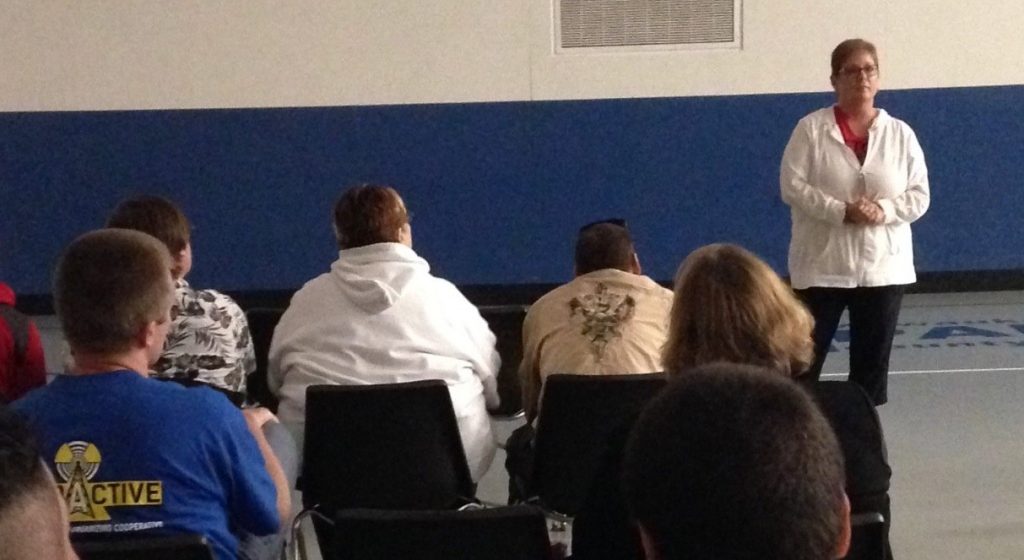 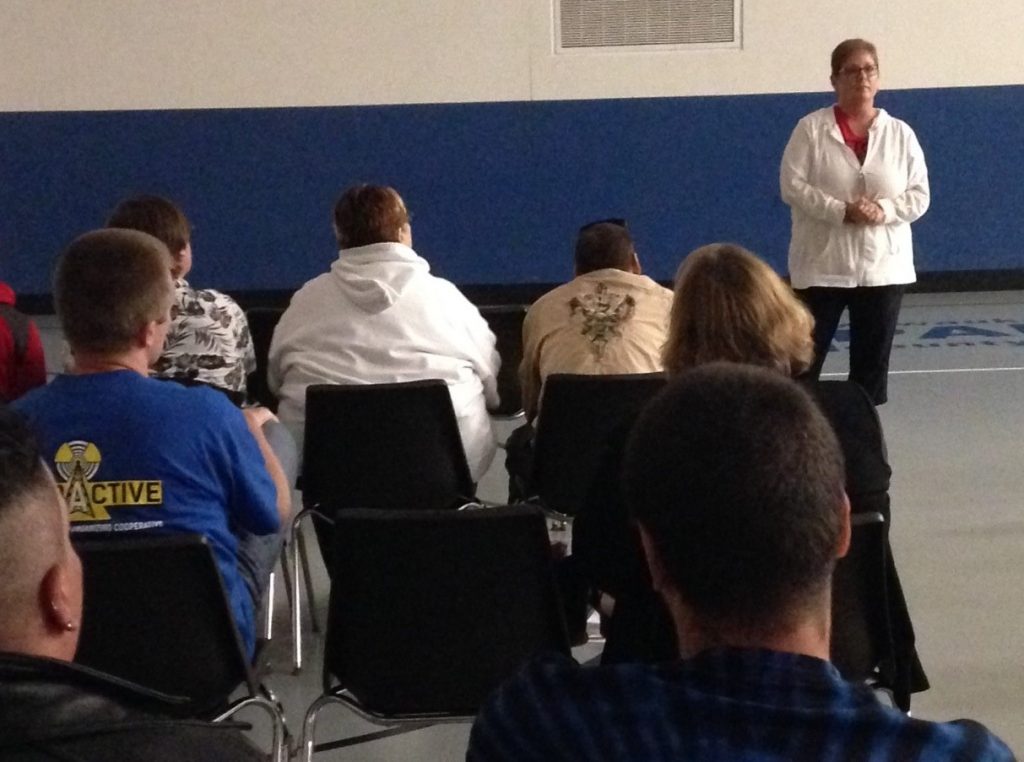 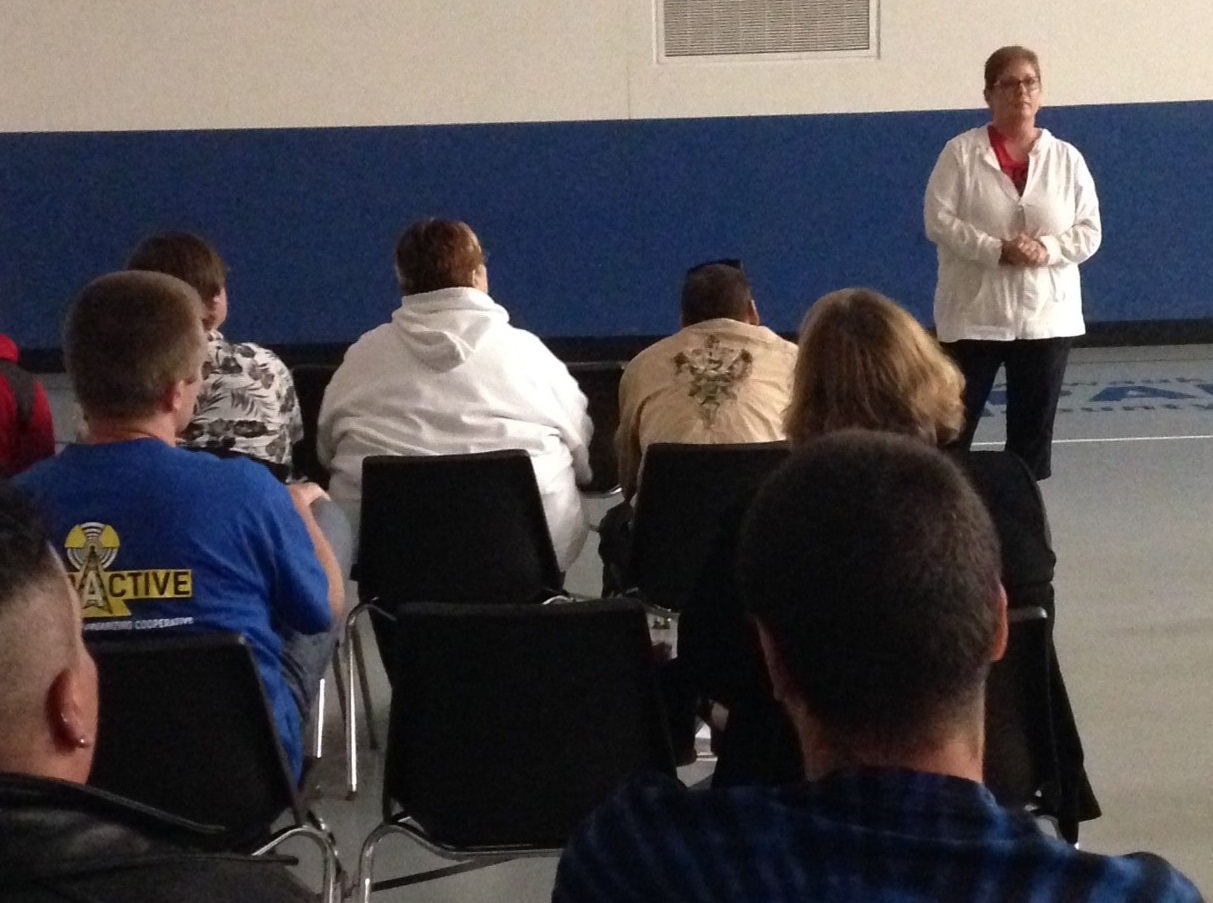 “There is not one single person who is a lost cause.”

That was the powerful message delivered by Laura Haas, a certified peer specialist at the United Community Center to the 30-strong group assembled to mark International Overdose Awareness Day on Thursday, August 31.

The event, organized by the Milwaukee County Substance Abuse Prevention (MCSAP) coalition at Kosciuszko Park, drew parents who lost children to overdose, friends and relatives of overdose victims and survivors, members of the drug treatment community, and individuals who are battling substance abuse themselves.

In sharing her personal story, Haas explained why she believes no one is a “lost cause.”

Haas, deep into an addiction to prescription pain medications and street drugs after an injury, had been arrested and in and out of jail multiple times, and could have been written off as a victim and failure.

But, as she explained, when lying in her jail cell, a light came on. “I felt peace and serenity,” she told the audience. She wanted to beat her addiction and start a new chapter in her life.

Fortunately, Haas landed in Milwaukee County Adult Drug Treatment Court, which offered her a deferred prosecution agreement as long as she attended a drug treatment program and stayed clean.

She was accepted to the United Community Center’s residential treatment program, got sober, and now counsels individuals who were in her shoes.

Still, she listed off almost 10 names of individuals who’d been through UCC’s program and later died of an overdose, proving how fragile sobriety can be, even when you’ve got support.

That theme was echoed by Martine Tate, whose daughter died as a direct result of her substance use disorder. Tate said she didn’t see the warning signs of her daughter’s drug use until it was very late—when her daughter was being airlifted to the hospital following an overdose.

Her daughter got into treatment, including medication-assisted treatment, yet she ultimately died.

Now, Tate runs two support groups at the Shorewood Public Library, as part of the Wisconsin: Change Addiction Now (CAN) organization. She told those gathered at Thursday’s MCSAP event not to give up hope, even though recovering from addiction is difficult.

“Whatever works for you is what you should be doing,” she counseled.
Others spoke of their struggles with addiction or loving someone with a substance use disorder.

Getting into treatment “was the best decision I’ve ever made,” one man said. “But it’s one of the hardest decisions for someone with an addiction to make.”

Although many of the personal stories were painful, they served as an important reminder about the fatal consequences of addiction.

“This event was truly a sad one, but also an eye opener,” said Deavon Collins, Partnership for Success coordinator and a member of the MCSAP Prescription Drug Workgroup. “It exposed the reality of how substance abuse and misuse can lead to death. That fact alone should help to prevent more overdoses in the future.”

Established in 2011, the Milwaukee County Substance Abuse Prevention (MCSAP) coalition is a countywide initiative with a vision of bringing together resources, wisdom, talents and passion to create a happy and healthy community. MCSAP addresses policies, practices and programs in our two current priority areas: marijuana use among youth and fatal drug overdose, with a particular emphasis on prescription drugs. To learn more about MCSAP, go to mcsapcoalition.org.