You are here: Home / News / Community / Investment in Harambee brings results
Share this... 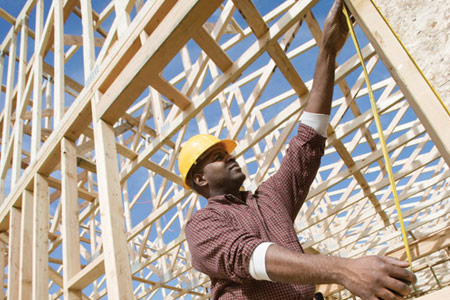 When Thrivent Financial for Lutherans was looking to make a significant investment in a local community in 2005, Milwaukee’s Harambee neighborhood was well positioned to take advantage of the opportunity.

Because of the Local Initiatives Support Corporation’s expertise in neighborhood planning and comprehensive community development, Thrivent came to LISC Milwaukee for advice. “LISC Milwaukee had worked in Harambee and the neighborhood was a natural choice given the rich history of resident engagement combined with great need,” said Leo Ries, executive director.

Thrivent agreed, and made a total investment of $2.5 million in the predominately African American north side neighborhood hard hit by the economic downturn. Despite its economic challenges, Harambee is a highly organized neighborhood with a rich history of activism and resident engagement.

Thrivent’s investment was, in part, the result of groundwork laid by a collaboration of private foundations, corporations and government agencies called the Milwaukee Neighborhood Development Collaborative formed in 2005. The partners included the Daniel M. Soref Charitable Trust, Greater Milwaukee Foundation, Helen Bader Foundation, Local Initiative Support Corporation (LISC), Northern Trust Bank and United Way of Greater Milwaukee. The MNDC selected the northern section of the Harambee neighborhood for its investment of a collective $1 million for 2006-2008.

“Thrivent started with an investment through our national partnership with Habitat, and it grew from there. Harambee leaders have taken this investment and leveraged over $30 million in public and private funds to support their plans,” said Rudi Pakendorf, director, Member Engagement and Growth.

LISC worked with residents to develop the Harambee Great Neighborhood Initiative Neighborhood Action Plan. Impressed with the plan and broad participation of residents and partners, Thrivent made a final $1 million dollar investment in 2007 toward the achievement of the comprehensive neighborhood plan.

“The Harambee Great Neighborhood Initiative has been so successful because it goes beyond building new houses and planting gardens in vacant lots—it’s about bringing people together and accessing the passion and talents of our residents. Thrivent’s investment has helped us do all of this,” said J. Allen Stokes, chairman of the HGNI Steering Committee, and executive director of the Inner City Redevelopment Corporation.

In three years (2008-2011), the Harambee has built new quality homes; created a one-stop shop for financial and employment services; reduced crime along King Drive; and created healthy food and recreational options, among other accomplishments.