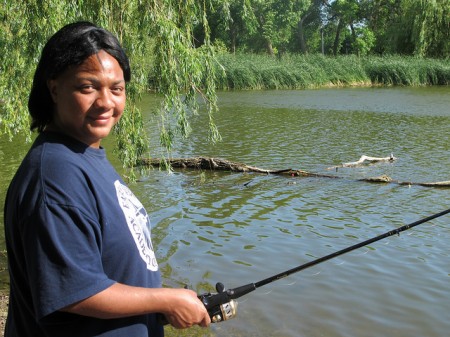 An unscientific poll of central city residents conducted during the past weekend found that of those eligible to vote, 88 percent plan to go to the polls tomorrow. Fifty-three percent said they voted in the 2010 matchup between Gov. Scott Walker and Milwaukee Mayor Tom Barrett.

Milwaukee Neighborhood News Service surveyed 70 people, 59 of whom were eligible to vote. Of those, 52 plan to vote; only 44 voted in 2010.

Not surprisingly in a city in which Barrett received nearly 74 percent of the vote in the 2010 gubernatorial election, a sizable percent of those interviewed said they plan to vote for Barrett. Of likely voters, 69 percent said they’d vote for the Milwaukee mayor compared to 6 percent for the current governor. Twenty-five percent said they are undecided or declined to reveal their choice.

Confirming the importance of voter turnout, 75 percent of those who said they did not vote in 2010 plan to vote this year. Nine plan to vote for Barrett and one plans to vote for Walker; the rest were undecided or declined to identify their candidate.

Connie Lind, 28, interviewed in Lincoln Village, was the only person who said she was planning to switch candidates, from Barrett to Walker. Her main reason, she said, was “lower taxes.” 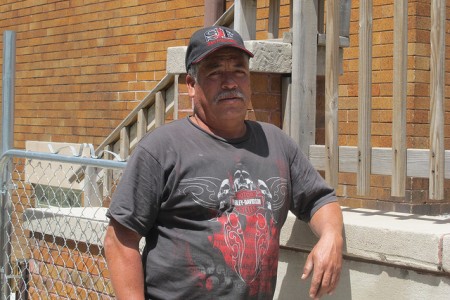 Horam Alfaro, 54, stands in his yard. (Photo by Edgar Mendez)

Debbie Miller, 58, was interviewed in Walker’s Point. She said she did not vote in 2010, but plans to vote this time because she doesn’t like “the divisiveness of the state. I don’t trust what Walker is saying. It hasn’t been a shared sacrifice.”

Asked what the winner can do to help their community, jobs was the most frequent response, followed by education. Other issues raised included safety, property taxes, debt reduction, more help for senior citizens, the poor and middle class, and more accessible government.