You are here: Home / Home / Carousel / Prospects looking up for Walker Square Farmers’ Market
Share this... 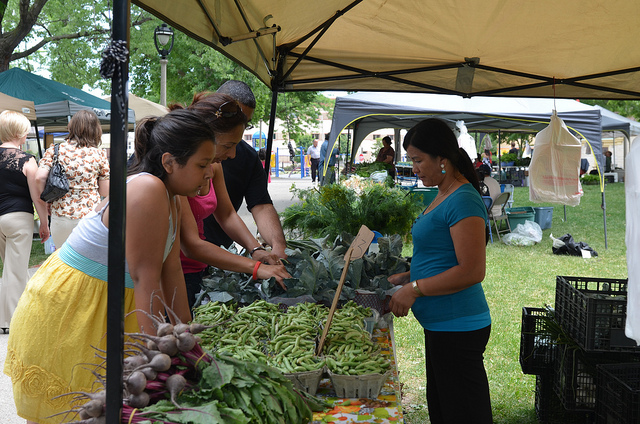 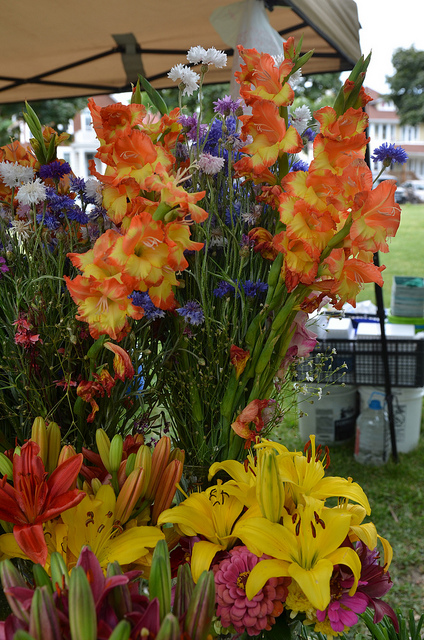 Jason Cleereman, an immigration lawyer, moved to the Walker Square neighborhood in 2005, saw the park down the block and thought “what a wonderful place to have a farmer’s market.”

And, despite many ups and downs, the Walker Square Farmers’ Market, 1031 S. 9th St. in Walker Square Park, has celebrated the grand opening of its second season, offering fresh, inexpensive and healthy fruits and vegetables for neighborhood residents.

The market originally opened in 2008, though Cleereman admits it was a complete flop.

“The farmers were afraid to get out of their car; they’d come by the park and keep on driving,” Cleereman said.

It lasted only two months.

The area went without a market for a few years, but in 2010, one of the few farmers who had sold his produce at the market informed Cleereman that the nearby Mitchell Street Farmers’ Market, run by Growing Power, was closing while a loft was built on the lot where it stood.

Cleereman and his partner, Chava Lee, a professor at Springfield College, approached Growing Power representatives and made a deal to bring the farmers from the Mitchell Street market to Walker Square Park to sell their produce.

Sales were slow at the beginning but had picked up enough by late August to convince Cleereman and Lee that the market could thrive in the neighborhood and that the residents needed it. 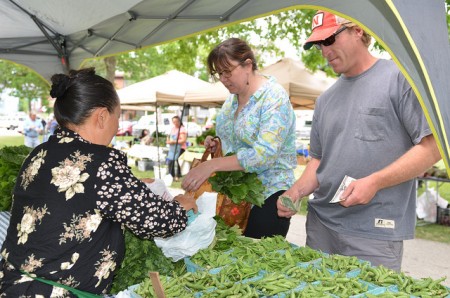 After a dispute with Growing Power, Cleereman, Lee, other organizers and most of the farmers, nearly all of whom are Hmong, cut ties with the organization and ran the market on their own.

Most of the farmers from last year have returned, and the market appears to have gained the momentum that eluded it during its original run.

Open every Sunday, Tuesday and Thursday from 8 a.m. to 5 p.m., the market offers residents everything from small russet potatoes, peas, onions and many other fruits and vegetables that are in season and grown locally.

Vendors at the market, which sits across the street from UCC, accept WIC checks.

The market, situated in a one-square-block park, sits right where Cleereman envisioned it seven years and many sleepless nights ago.

Through it all, Cleereman is glad that the group’s persistence has resulted in healthier and more affordable food for residents of Walker Square, a neighborhood he’s spent countless hours advocating for.

“It’s easy to get down on yourself when things start falling apart, but I think this market is essential to reviving this community.”