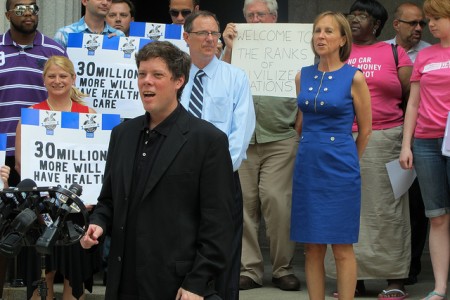 Wisconsin health care professionals and advocates lauded the Supreme Court’s 5-4 decision to uphold most provisions of the Affordable Care Act, including the controversial individual mandate requiring most Americans to obtain health insurance by 2014.

“I was relieved and happy because I believe that health care reform is necessary to improve the situation for the uninsured here in Milwaukee,” said Dr. Madelaine Tully, a family physician at Lisbon Avenue Health Center. Twenty-five percent of the center’s patients are uninsured and many are underinsured.

“It’s going to have the most impact on my uninsured patients,” said Tully. “A lot of folks who have burdensome co-pays will be relieved.”

Patients won’t be the only beneficiaries. With more patients insured, the clinic will have more resources to carry out a planned expansion, she said.

“Every single one of [our uninsured] patients will be getting new options for health care – it’s huge for our bottom line,” said Tully. “We’re poised to grow with the growing demand.” 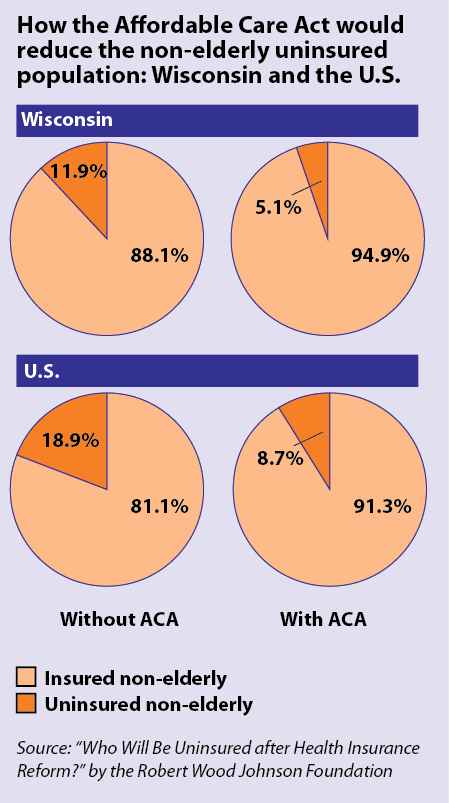 Dr. Earnestine Willis, Kellner professor of pediatrics at the Medical College of Wisconsin, foresees that “the greatest benefit to my patient population…is that it gives consumers more protection.” She added that the law emphasizes preventive health services at no cost. “I believe that is a benefit to children and families.”

“This is a great day for the patients and consumers of Wisconsin,” said Candice Owley, a registered nurse and president of the Wisconsin Federation of Nurses and Health Professionals at a news conference outside Milwaukee’s federal courthouse. “As front line workers our nurses…know this is the right thing to do.”

Added Bruce Colburn, executive officer at Service Employees International Union Healthcare Wisconsin, “(With the ruling) we see that health care for all is a right for every man, woman and child in this country.”

Designed to be implemented in stages beginning with its enactment in 2010, the law already has had a positive effect on thousands of people in Wisconsin. For example, as of December 2011, 43,000 young adults in Wisconsin gained insurance coverage under a provision of the act that allows parents to insure children up to age 26 on their family plan.

With the law upheld, said Marquette University assistant professor of political science Paul Nolette, “Simply put, the provisions of the Affordable Care Act will continue to be enforced.”

However, how provisions of the law are implemented by individual state governments remains to be seen.

“The law by itself has a lot of dotted lines that need to be filled in,” said Marquette University associate professor of law Edward Fallone.

The expansion of Medicaid, the joint federal-state program that provides health care to poor and disabled people, is one such dotted line.

“Because of the particular demographics of Milwaukee, the Medicaid expansion will provide one of the strongest benefits for people in Milwaukee, particularly low-income people,” said Nolette. However, the state may choose not to expand the program. 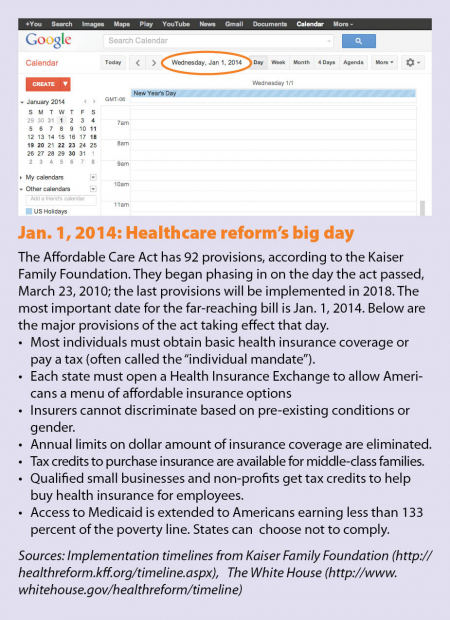 In its ruling the court found that Congress overstepped its authority by threatening to revoke existing Medicaid payments to states choosing not to expand. Individual states may now choose not to accept additional federal payments without penalty.

Nevertheless, Nolette predicted that Wisconsin will expand Medicaid. “It’s going to be tough for states to give up the money because people already pay for it in income taxes,” he said.

Gov. Scott Walker said Thursday that Wisconsin will not go ahead with implementing the law in hopes that it will be repealed next year by a new president and Republican-controlled Congress. In January, the state turned down $38 million in federal funds earmarked for a health exchange, which would provide an online marketplace to shop for insurance. The governor’s office declined to be interviewed for this article.

At the news conference, Owley disagreed with the governor’s stance. “We really think it’s critical that the government implement the law as soon as possible because our citizens and our patients can’t wait. We need to have the health care coverage now and make sure that our health insurance exchanges go into effect.”