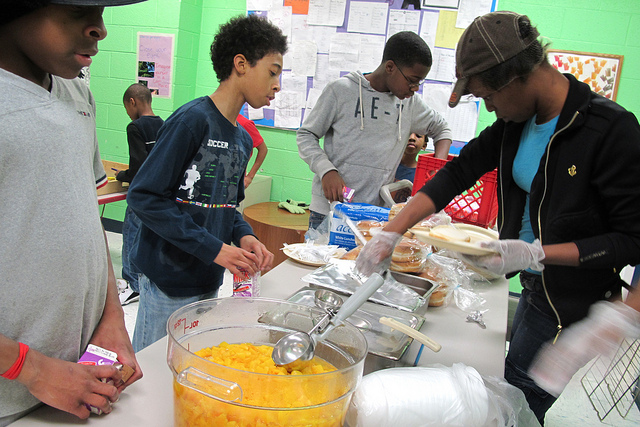 Liberty Mutual Insurance, which has two offices in Milwaukee and one in Brookfield, has awarded more than $100,000 to seven local nonprofit organizations through its “Like My Community Project,” a Facebook-based campaign. Milwaukee residents supported the causes by casting more than 42,000 votes on Facebook and through mobile texts from June 25 through Aug. 20.

Of the contest, COA Executive Director Tom Schneider said, “COA is grateful to Liberty Mutual Insurance for illuminating the significant impact COA has had on children and families in our community since 1906.”

The organization will use the funds to support educational, recreational and social work programs that help 15,000 low-income Milwaukee children, teens and families reach their greatest potential. 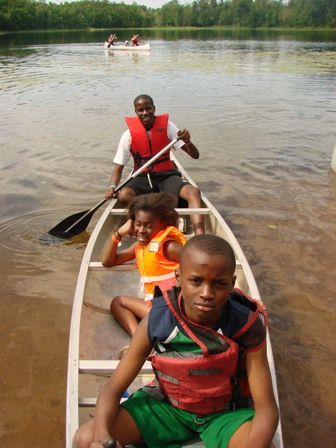 Young campers canoe at One Heartland, which won $34,000 in Liberty Mutual Insurance’s 2012 “Like My Community” Project.’ (Photo courtesy of One Heartland)

At One Heartland, an additional 68 children affected by HIV/AIDS and other health and social challenges will be able to attend summer camp in 2013 thanks to the $34,000 donation.

As the nation’s largest HIV/AIDS camp, the program “brings kids together who are going through the same thing to show they’re not alone,” said Nick Boerum, One Heartland development manager.

Liberty Mutual’s donation of $30,000 to Running Rebels will help the organization expand its impact on Milwaukee youth by providing college scholarships, vocational and educational enrichment programming, and assistance to youth and families who use the Running Rebels facility during its after-school and summer programs.

“Our youth and staff are deeply humbled by the generosity of Liberty Mutual Insurance in assisting our agency’s grassroots efforts to provide underserved youth and young adults with resources to succeed mentally, physically and spiritually,” said Victor Barnett, Running Rebels founder and executive director.

Four runner-up causes were each awarded $2,500 by Liberty Mutual Insurance to support their missions. These include Hope House, Midwest Athletes Against Childhood Cancer, Pearls for Teen Girls (PEARLS) and Repairers of the Breach.

This marks the second year Liberty Mutual Insurance has hosted the Like My Community project in Milwaukee, as well as in the Baltimore and Dallas-Fort Worth communities. Over the two years, the contest has contributed more than $600,000 to more than 40 local nonprofit causes in these cities.

The Liberty Mutual Milwaukee branch offices nominated this year’s causes for their immense impact on the local community.

“We are thrilled that Like My Community shined a spotlight on these inspiring causes and activated Milwaukee residents to help us provide this funding that will be used for important programs and services throughout our community,” said Adam Boston, area manager for Liberty Mutual Insurance, the nation’s eighth-largest auto and home insurer.