You are here: Home / Home / Carousel / Benefit to raise money for child victims of human trafficking
Share this... 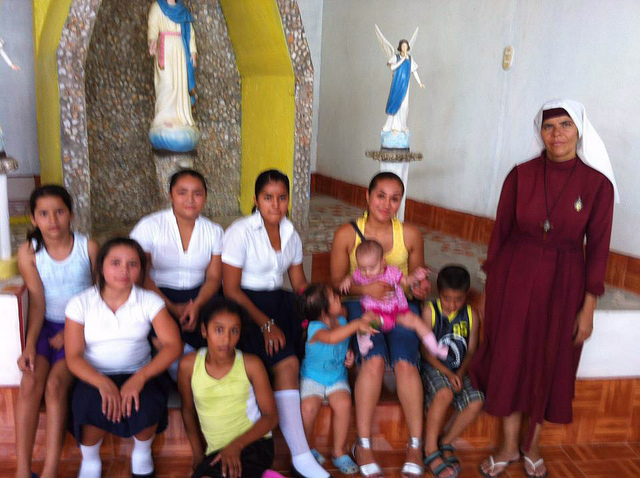 Betty Suarez, a native of Juigalpa, Nicaragua, visited her hometown in August. While there, she spent a few days with nine girls who live at the Casa Mision Santa Faz Orphanage. They were shy at first, according to Suarez, but after a day or so, they opened up. They talked about their goals in life; one to be a doctor, another a lawyer, Suarez said.

Suarez, 26, was amazed at how positive the girls are and how they always smiled, despite their histories. Most of the children at the orphanage are rescued victims of human trafficking.

Victims this young — their ages ranged from 2 to 17 — are not uncommon across the world. According to the Wisconsin Human Trafficking Protocol and Resource Manual, between 12 and 27 million adults and children are in forced labor, bonded labor and forced prostitution around the world. Seventy percent of the victims are female and one-third are children. 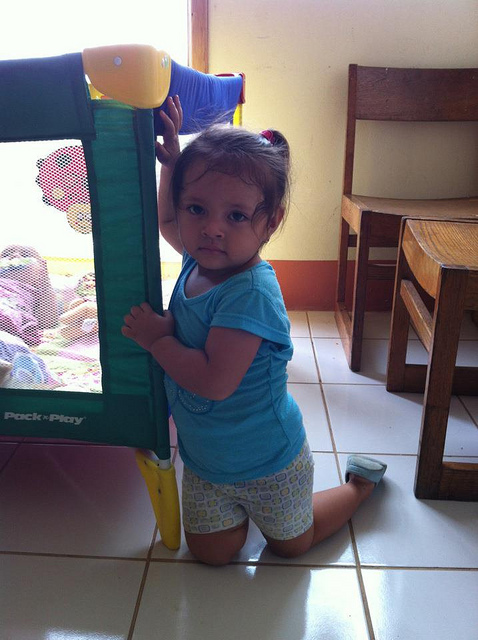 Mimi, 4 years old, has a heart murmur and lives at the orphanage. Her parents abandoned her as a baby. (Photo provided by Betty Suarez)

High poverty rates in developing countries such as Nicaragua limit those countries’ capacity to deal with the problem of human trafficking, according to Darius Alemzadeh, executive director of Trafficking Ends With Action(TEA).

This is because of “the inability to counteract the larger effects of poverty on individuals and families, or because there is a fine line between traditional cultural practices and exploitation,” explained Alemzadeh in an email.

TEA, based in Milwaukee, is an organization dedicated to ending human trafficking and modern day slavery through research, education, service and community engagement, according to its website.

Suarez, a senior at Alverno, has been working with the Global Studies Club to raise money for the orphanage since last year. The club, along with students from a fundraising and grant-writing class, will host “Hope for Nicaragua,” a fundraiser and silent auction from 7 p.m. to 9 p.m. on Nov. 9 at the Mug Coffeehouse, located on the campus at 3400 S. 43rdSt.

All proceeds from the event will go directly to the orphanage. Previous fundraisers have raised enough money to provide food, clothing, shoes and school supplies for the orphanage but the need is still great, according to Suarez.

Suarez said it was difficult to say goodbye to the children but she didn’t cry when she left. She felt she had to stay strong because they’d shown her so much strength. “You wouldn’t even know they had sad and dark histories, because they were always smiling,” Suarez said.

The long-term goal of the global studies group is to encourage people to continue donating while building a long-term relationship with the orphanage, and to raise awareness about human trafficking in general.

“It’s a problem everywhere, even here in Milwaukee,” Suarez said.

Alemzadeh agrees. “Human trafficking is a very real problem in the state of Wisconsin,” Alemzadeh said. He said Wisconsin is dealing with both international and domestic trafficking, although people still think of the problem as international.

For Betty, it’s both. She feels the impact all the way from her hometown in Nicaragua to her current home in Milwaukee.

And though she knows the money raised at the benefit will only go so far, it still helps improve the lives of girls who “have that strong will and power to survive,” she said. “They want to live life and to learn and go to school like other kids.”