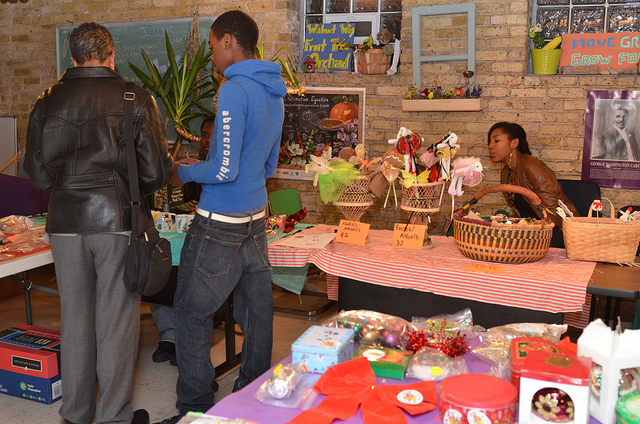 Customer Sharon Adams discusses a purchase with TeiKani Richardson as Arieuna Reed looks at the inventory. (Photo by Sue Vliet) 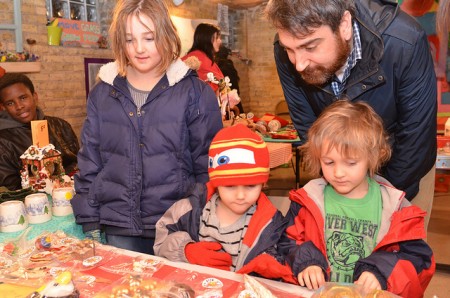 Esther, Liam and Aidian and their father, Mike McClone, look for Christmas ornaments as Darius Wade looks on. (Photo by Sue Vliet)

“Developing and practicing communication and customer service skills, helping buyers make selections, wrapping purchases and handling money,” are among the goals of the project, said Genyne Edwards, communications and development consultant at Walnut Way. “It’s also a time for the teens to celebrate [the season] together,” she added.

The ornaments were donated and club members made and sold bakery goods. In addition, they won prizes in a raffle, which they entered with tickets earned for attendance, good behavior and completing projects, Edwards said.

4-H is the nation’s largest youth development organization, with more than 6 million members “in urban neighborhoods, suburban schoolyards and rural farming communities,” according to the organization’s Web site. Its mission, to give members opportunities “to learn real-world skills that will prepare them for the challenges of today and tomorrow,” align with the youth program goals of Walnut Way, Sabir said.