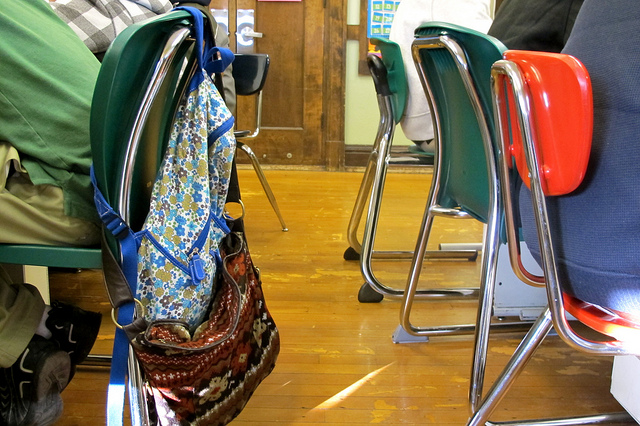 A plan to open a network of charter schools has been delayed at least a year until funding can be secured by organizers, who continue to say their educational model will ultimately help close the city’s achievement gap.

The first of three schools in the Quest-Milwaukee Charter School network was to open at the beginning of the 2013-14 school year, but organizers are not comfortable with the level of upfront funding, and have pushed the opening to the 2014-15 school year.

“We want to have more time to see if we could raise the level of the money that we need because we don’t want to open up a school and not have it meet the needs of the kids who we would be trying to educate,” said Dr. Howard Fuller, a Quest charter school board member and the director of the Institute for the Transformation of Learning at Marquette University, which is developing the network.

“My experience has taught me that if you don’t have a certain level of resources to begin with, it’s not going to get better over time,” said Fuller, who was Milwaukee Public School District superintendent from 1991 to 1995 and is considered a leading school choice advocate.

Fuller said about $500,000 is needed to open Quest. He added that the school’s best funding source is expected to be the Charter School Growth Fund, an organization that provides capital to high-performing charter school operators.

“It gets to be a chicken or an egg thing. They put their bets on the school leader and, in order to get a school leader, you have to have funding,” he added, referring to the growth fund.

The state approved a $250,000 grant for the charter school. But, as Fuller explained, the grant is a reimbursement, requiring the grantee to spend $250,000 before receiving state funds.

The network of charter schools will consist of three schools that ultimately will serve 6th through 12th grades. When each school opens, it will consist of 180 6th and 7th graders, who will matriculate into higher grades. Each school will eventually serve 470 students.

The Common Council approved the charter school plan in July. Additional approvals from the Charter School Review Committee and the Common Council will be needed to open the second and third schools.

Instruction at the school will be delivered through “blended” and project-based instruction. In a blended model, students rotate through a series of online and teacher-led periods throughout the school day. Special software would be used to guide students through online instruction and allow teachers to tap in to view their progress.

“Every student has his or her own workstation … and the students would spend a significant amount of time online,” Fuller said. “Teachers would pull kids out who need additional help.”

Phyllis Wofford, a member of the African American Education Council, wrote a letter last spring to City Clerk Jim Owczarski voicing her opposition to the plan.

Wofford said in her letter that she was concerned that the curriculum lacks opportunities for students to communicate and socialize, even when “the world stage demands this.”

“Where is foreign language, biology, sports, clubs?” she asked in her letter.

“How much longer will the children of the black community continue to be the objects of ‘experimentation’ and monies from the city, via the state, be used to fund all these ‘unproven’ charter schools,” Wofford wrote.

Fuller explained that not every student can succeed in a blended environment. But the blended model allows teachers to provide individualized instruction to students who are lagging behind or even those students who are excelling, Fuller said.

“So you don’t hold those kids back that really need to progress and you are able to put a design in for the kids that are behind to try to accelerate their development,” he said. “We are trying to develop a design to help the educational situation in the City of Milwaukee. Our city is in deep trouble because we are not educating enough of our kids.”