You are here: Home / Home / Carousel / H2Oscore aims to conserve water, save homeowners money
Share this... 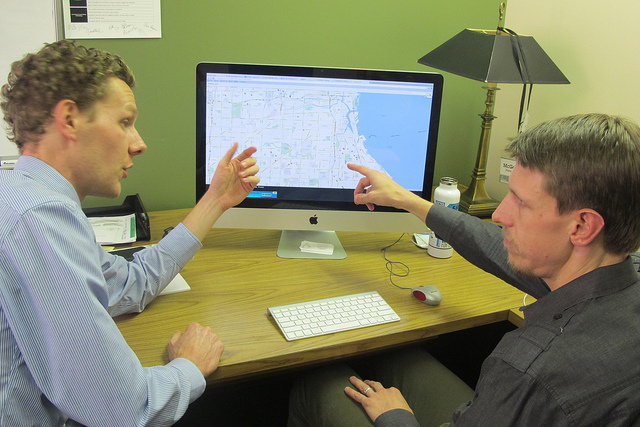 Water has always played an integral role in Nathan Conroy’s life. A major flood in California wiped out his grandparents’ farm, where his mother grew up. From that family history, he learned the destructive power of too much water. During a study abroad in Honduras he experienced firsthand how a lack of clean water affects people, having spent nearly the whole time there sick from the water.

Conroy, who graduated with his master’s degree in political science with a specialty in water policy in 2012, along with more than 70 other Marquette University and UWM students, has turned his passion for H2O into a tangible product. Under the guidance of McGee Young, environmental politics professor at Marquette, Conroy has spent the past few years developing  H2Oscore, an online tool designed to promote water conservation.

H2Oscore, a collaborative project with Milwaukee Water Works, is an analytics program that helps home and business owners track and manage their water usage while learning tips to conserve water and also earn incentives and save money by using less water.

According to Young, after only two months, users of the program saved 83,471 gallons of water. The average household earned $35 in conservation rewards. 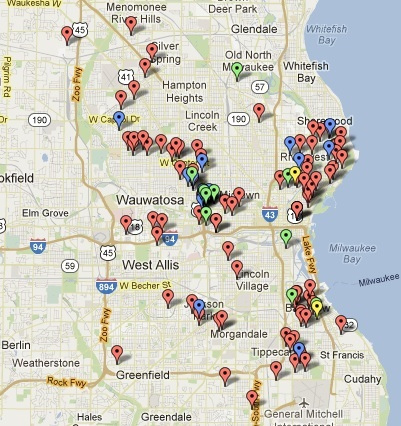 “The average family can save $100-200 a year in rewards if they’re thoughtful about their water usage,” said Conroy pointing out that their bill would also remain low.

Once home or business owners register on H2Oscore’s website, they’re able to track water usage quarterly and also compare their consumption to that of their neighbors, neighborhoods and others in the system. The site also features water conservation strategies and tips, including how to identify and replace common energy wasters such as old toilets and leaky faucets often found in older city neighborhoods.

“That’s why were trying to encourage people from all Milwaukee communities to get involved and learn how to reduce their energy footprint,” said Conroy, adding that water use is directly tied to energy use.

The company’s goal is to expand beyond Wisconsin to other areas of the country, focusing first on communities in Texas and Oklahoma that were hit hard by droughts last summer. Though water conservation is more of an immediate concern in dry regions such as the southwest, it is a national issue that reaches across all communities, and the model can be used anywhere, according to Young.

The first full city rollout was in Milwaukee in November and Madison will come next.

“Our emphasis is on empowerment of individual homeowners by providing information that’s accessible and community focused,” Young said.

Several business owners have begun using the H2Oscore system and offering incentives for their customers who also utilize the tool.

“I think we all need to do our part to conserve water and encourage sustainability,” said Nell Benton, owner of The National Café and Takeaway, 839 W. National Ave.

Along with The National Café, the charter class of H2Oscore businesses includes Helios Solar Works and Olive Fine Organic Living.

Benton said that once homeowners reach a set goal of water conservation, they’re eligible for a discount at her café.

Though no one’s redeemed a coupon yet, Benton thinks that incentivizing water conservation will encourage more people to become more conscious of the impact of their energy usage and change their habits.

“It’s a lot easier than most people think to reduce your energy footprint,” she said.