You are here: Home / Home / Carousel / South side leader reclaims identity as ‘born-again Latina’
Share this... 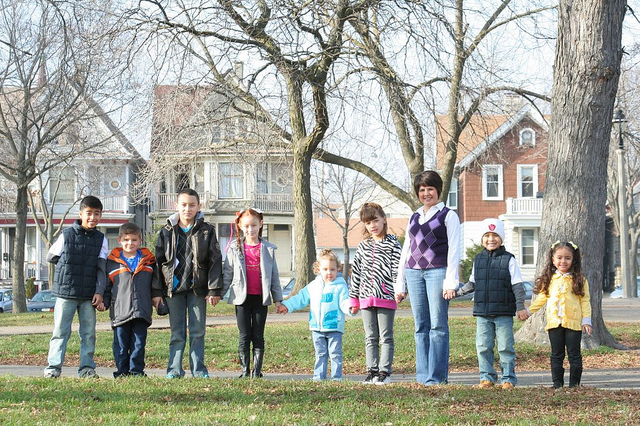 Tatiana Joseph is involved in the south side community where she grew up. (Photo by Nicole Acosta)

Tatiana Joseph, then 15, remembers showing up at Pius XI High School, 135 N. 76th St., on her first day with long hair, heavy makeup and Cortez tennis shoes on. She walked up the stairs to class and noticed that people going down were staring and laughing at her. Finally, one boy turned to her and said, “What are you doing here? Are you in a gang? Your kind doesn’t belong here.”

“I didn’t even have the words to combat that because I hadn’t ever experienced such bold racism,” Joseph said.

Joseph, who now has a Ph.D., helps neighborhood youth understand the importance of education in overcoming obstacles. And, unlike many professionals who move away from the low-income neighborhoods where they were raised, she stayed.

Raised on the south side since arriving in Milwaukee from Costa Rica at the age of 10, Joseph had always felt comfortable in her surroundings. She’d grown up in the heart of Milwaukee’s Hispanic enclave, in a neighborhood that has served as an arrival point for Latin American immigrants for decades—as it does to this day. What happened to her in the hall that first day of high school was a culture shock that in many ways has shaped her life.

Joseph felt she had to assimilate so she joined every club at school she could. “I changed my style and the way I spoke, and even consciously made the decision not to speak Spanish,” Joseph said. 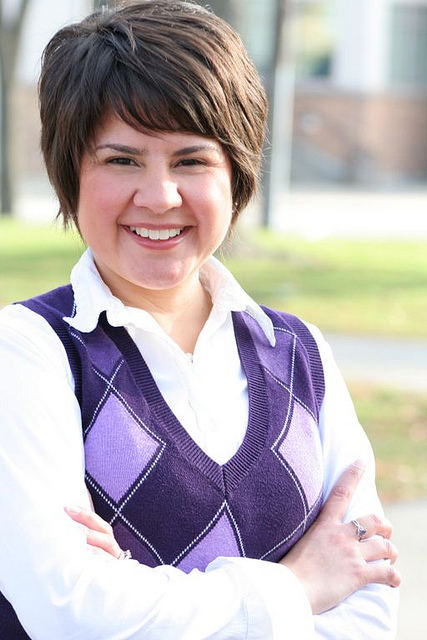 She was accepted to Marquette University on a scholarship through the Educational Opportunities Program (EOP). There, she still had trouble fitting in.

“I was too brown for the white folks and too white for the brown folks so where do I fit in? I hadn’t found my niche,” Joseph recalled.

Kerry-Harlan considered herself Joseph’s advisor, counselor and mentor. “From the start I knew she was a stand-out,” she said.  Kerry-Harlan added that she’d always hear Joseph talking about making the community a better place for young people.

Kerry-Harlan encouraged her to take an introduction to education course. “It was the beginning of my transformation,” Joseph said.

She started to think about the kids who, like her, were embarrassed to speak their own language, and decided that she wanted to become a high school Spanish teacher.

“I wanted to go back to my roots and my language and traditions and who I was; my born-again Latina.”

She graduated and went to teach at — of all places — Pius. There she met students who reminded her of herself, and she sought to teach them to be proud of their language and who they are. After three years at Pius and with the support of her students, Joseph left teaching to attend UWM, earning her master’s degree in Curriculum and Instruction in 2007. With the encouragement of advisors at the school, she entered the Ph.D. program. She earned her doctorate and currently teaches courses in the World Language Education Program at UWM.

Despite going so far professionally, Joseph remains rooted in the south side. She still lives in the Walker Square neighborhood, near the home on 10th and Greenfield Avenue where she spent much of her childhood, and down the road from the sweltering attic her family first called home when they arrived from Costa Rica. Although one fan in the doorway blew hot air and money was hard to come by, Joseph still looks back on those days with fondness.

The family had each other and a culture that no one could take away from them. That’s why she and her husband remain in the neighborhood they grew up in, Joseph explained.

“This neighborhood kept me rooted when my identity was questioned and the people here accepted me for who I was and worked and nurtured me,” Joseph said. She added that if she and her husband, both professionals, won’t stay, work and help their community then who else will?

Jason Cleereman, who volunteers with Joseph at the Walker Square Neighborhood Association, agrees.

“I think when you have Latino leadership in the community living here, not just working here, that says something. She’s down here day in and day out,” Cleereman said.

Joseph is currently running to represent the 6th District on the Milwaukee Public School Board against Jaime Alvarado, deputy state director of youth for the League of United Latin American Citizens (LULAC) of Wisconsin, and former Alderman Angel Sanchez.

Joseph said that when her mother asks her why she doesn’t move to a safer neighborhood, she tells her, “I can walk to Lopez Bakery and get bread and then go get some coffee at the National Café, so why would I move?”