You are here: Home / News / Arts and Recreation / Organizers seek to raise funds for free arts programming
Share this... 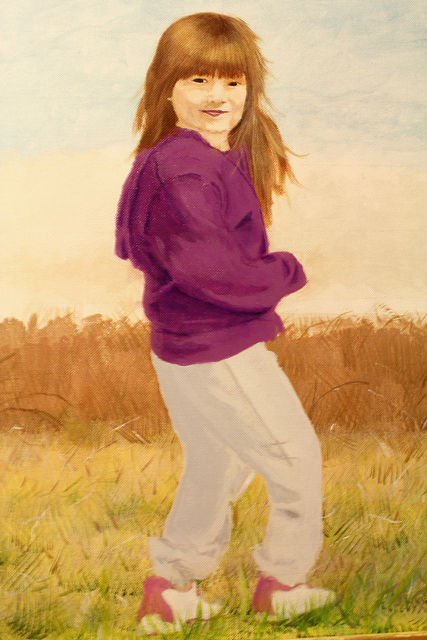 Painter Jose De Hoyos donated a painting of his granddaughter for the silent auction. (Photo by Jose De Hoyos)

Although she majored in Global Studies and Sociology at Alverno College, art is Sylvia Zaal’s passion.

“I write, draw, anything to be creative,” Zaal said.

In 2010, Zaal founded Bring Art Back Inc. (BAB), a nonprofit that raises awareness about challenges such as discrimination and bullying that children face. Free art lessons come with life lessons.

Zaal initiated BAB in response to a drop in free arts programming. According to Zaal, art helps children find their voices. Her daughter, who is Palestinian and Nicaraguan and speaks three languages, had been picked on at school. Zaal’s solution was to provide free art lessons to students.

It was nothing fancy, but the kids had a ball, she said. Zaal brought in crayons, paper and other supplies and they made crowns. Mixed into those activities were lessons about the power of words, and how much they can hurt. She’s also taught art lessons to children at the Latina Resource Center at UMOS, 809 W. Mitchell St.

“The best part of working with kids is the finished product and seeing their eyes light up,” Zaal said.

On Thursday Feb. 21, BAB will hold a fundraiser entitled “Arts Are Alive,” at the Wherehouse Nightclub, 818 S. Water St., from 5:30-8:30p.m. Local artists are donating their work for a silent auction, with proceeds used to buy art supplies and fund future arts programming.

Lea Cutsforth, a Milwaukee illustrator, is donating two drawings. One is of a child imagining what it would like to be a bird and the other is a bird acting like a human. 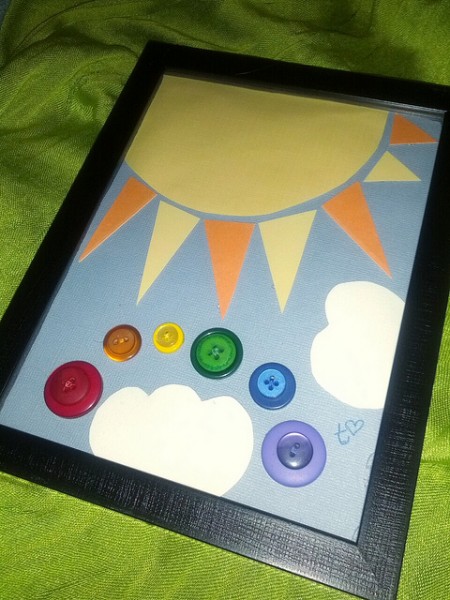 This arts and crafts piece inspired the work Toni Osgood donated for the event. (Photo by Toni Osgood)

Cutsforth, who works for the Urban Forestry Division in Milwaukee, recently created 96 illustrations for a training manual for foresters. She has always been interested in nonprofits that work with children.

“I love the idea that BAB is providing art lessons to kids in the community that maybe can’t afford it; art can be a glue to help kids express themselves,” Cutsforth said.

Toni Osgood, who is a student double majoring in Arts and Education at Alverno, is also donating some pieces for the fundraiser. Her specialty is crafts, and her three pieces are framed images of a rain cloud, rain falling and a rainbow, made from materials such as buttons and embroidery threads.

Osgood’s interest in arts and crafts was sparked by her son, 9, and daughter, 6. She tries to instill the importance of creativity and repurposing in her two children. They also make her want to give back, by volunteering and helping schools that lack arts programming and creative outlets for children.

Donating art for the fundraiser is Osgood’s way of showing her commitment to the BAB. “I hope the event makes people more interested and involved in helping our children find their creative selves,” she said.