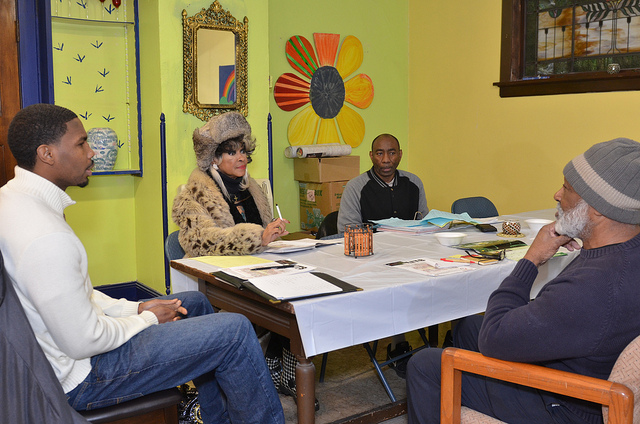 This is part of an occasional series about 14th Street C.A.R.E.S., a revitalized block club in the Borchert Field neighborhood. Read the first story here and the second story here.

The vacant store front on the southeast corner of 9th and Burleigh streets is about to take on a new life as the headquarters of Borchert Field C.A.R.E.S.

Led by the well-organized 14th Street C.A.R.E.S. block club, individuals and groups from blocks all over the Borchert Field neighborhood have gradually come together and evolved into a larger group over the last six months, according to organization leaders Denise Wooten and Charles Robinson.

“It astounds us that each time we get together there’s so much more to share. More people have come into our circle. [More people] have said we want to support you and help you,” Wooten said.

Until recently, the ground floor of the three-story red and white structure at 831 W. Burleigh St. contained a beauty supply store and dance studio operated by the son and daughter of building owner, Shadeed Shareef. When his children closed their businesses, he saw an opportunity to offer the space as a neighborhood center.

“When I met with 14th St C.A.R.E.S., they had the same ideas that I had. I found a group of people that was motivated, wanted to do some things in the community, for our youth, try to [improve] this area that had been neglected for quite a while,” Shareef said.

The new group plans to increase its focus on neighborhood youth, Wooten said.

“We already have a core group of [high school students] who supported us through last year by working in the gardens, [distributing fliers in] the neighborhood, volunteering,” she added. 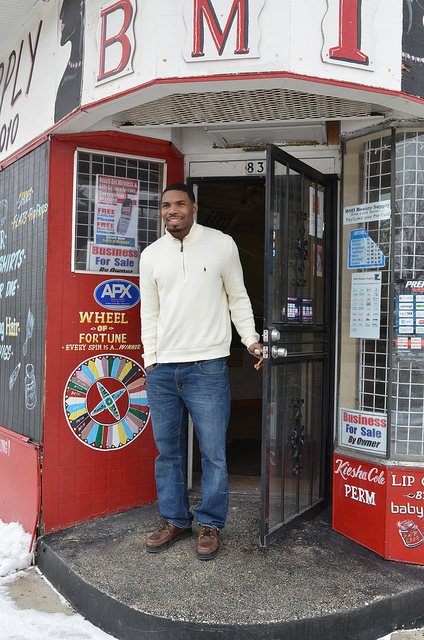 Charles Robinson Jr. stands in front of the storefront being remodeled to house the Borchert Field C.A.R.E.S. Resource Center. (Photo by Sue Vliet)

“We really want to make sure our youth are well rounded so that they have a good foundation to work off of,” Robinson Jr. said.

“It’s to help them understand civic engagement as well,” Wooten said. “We want to be a one-stop shop for our young people to learn hard and soft skills. And we want it to be driven by the kids. We will sit there as advisors but we want them to create, direct and implement a program that will be supported by youth. We feel that if we’re going to create a legacy, it’s got to include an inter-generational approach,” she added.

Youth from Urban Underground are scheduled to make a presentation on healthy food at the first Borchert Field C.A.R.E.S. meeting.

The group has applied for status as a 501c3 tax-exempt organization and is working on several fronts to find funding and in-kind donations from private and public sources. Partnerships to acquire computers and technology training for youth are in the works.

In the meantime, Shareef is providing the building space at no charge and the group’s members are putting in plenty of sweat equity, Robinson said.