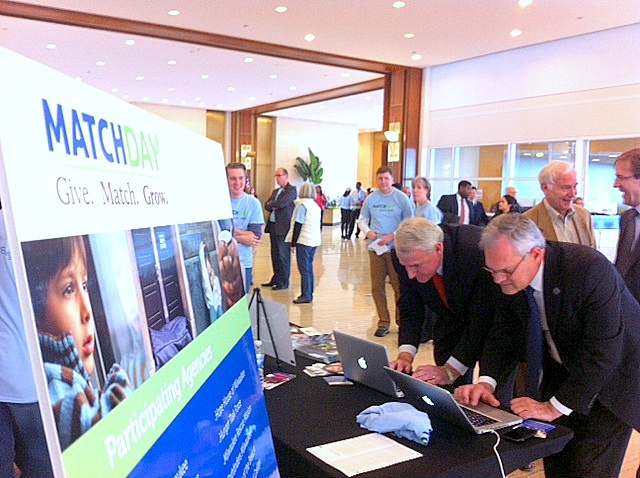 The Greater Milwaukee Foundation, which coordinated the event, said more than $2.8 million was raised during Thursday’s day-long online fundraising campaign.

“I want to once again thank everyone who took the time to generously donate to help our neighbors through Match Day,” said Ellen Gilligan, president and CEO of the Greater Milwaukee Foundation. “It is overwhelmingly wonderful to see the ongoing compassion and commitment of our community to those in need.” 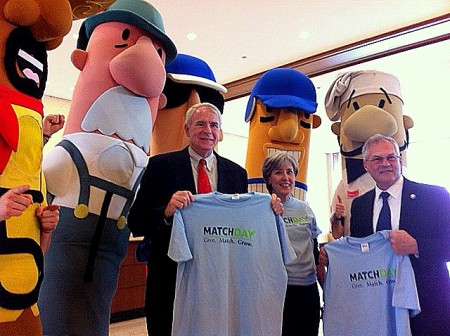 “For the Salvation Army, every dollar counts,” said Thomas Flatley, operations and logistics manager for the organization. He noted that a $20 donation buys an array of toiletries such as soup, deodorant, toothpaste and shaving cream for an individual at a local shelter.

“We can’t do it without the support of the community,” Flatley added.

“Our main goal is to raise awareness of the ongoing crisis for food and shelter throughout Southeast Wisconsin,” said Rob Guilbert, vice president of communications and marketing at the Greater Milwaukee Foundation. “When awareness is raised, that fortunately leads to this great outpouring of generosity.”

The Greater Milwaukee Foundation held a Match Day celebration at the Galleria of the U.S. Bank Center, 777 E. Wisconsin Ave. The event was attended by local dignitaries and officials from many of the charities benefiting from Match Day. The event also featured the Famous Racing Sausages, who entertained and posed for pictures.

“This is a wonderful cause … a very noble cause,” Milwaukee Mayor Tom Barrett said during the event.