You are here: Home / Home / Carousel / NNS follows four diverse seniors through their first year of college
Share this... 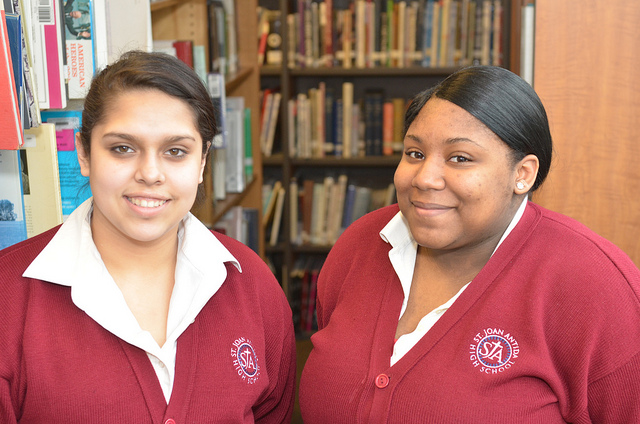 This is the first in a Milwaukee Neighborhood News Service series about four college-bound high school seniors who are participating in College Possible, a program that provides students from low-income families with coaching and support to get into college and earn a degree. NNS will check in with these students during their transition into college and throughout their freshman year.

St. Joan Antida High School senior Darneisha Virginia, 19, has received acceptance letters from four of the seven colleges to which she applied. She’s still waiting for the results of her applications for financial aid. Those results, and the location of the colleges she’s admitted to, will determine which college she chooses to enter this fall.

Virginia leads a busy life. In addition to high school, where she plays on the  volleyball team, she holds two part-time jobs. She works as a caregiver in an assisted-living facility for seniors in Glendale and as a youth leader in an after-school program at Cass Street School, 1647 N. Cass St.

Admitted to the University of Wisconsin-Plattville, UW-Waukesha, Milwaukee Area Technical College and Mount Mary College, she is waiting to hear from Alverno College, Concordia University-Wisconsin and Ashford University in Clinton, Iowa. 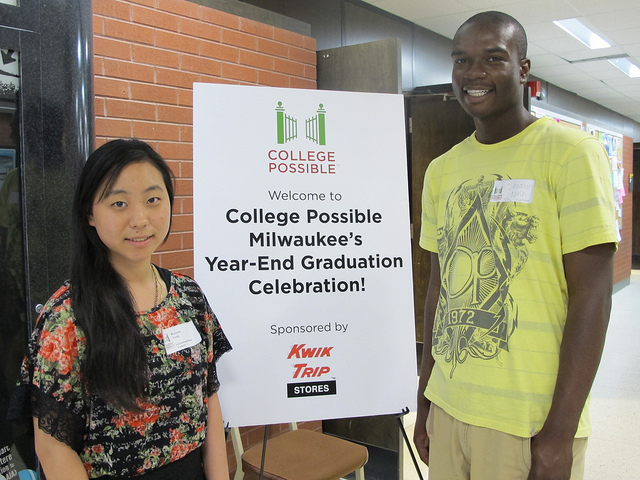 A Milwaukee native who lives with her mother in Washington Park, Virginia wants to go to a small school and would like to stay in the Milwaukee area.

“I like my environment and I like to stay with the things I know. Also, I applied here because it will be cheaper in state,” she said.

An honor-roll student, Virginia is leaning toward social work in a medical environment, but she said, “Honestly, I’m not very sure because every other week I change what I want to be.”

Her mother, a high school graduate who last worked as a school bus driver, was laid off from her job.

Nury Plascencia, a classmate of Virginia’s at St. Joan Antida, would like to major in business and interior design. The second in her family to participate in the College Possible program, Plascencia plans to join her older sister at Mount Mary College this fall.

Plascencia, 18,  and her 20-year-old sister were born in Mexico before their parents immigrated to the U.S. She lives in the Silver City neighborhood with her parents and two younger sisters, who were born in Milwaukee.

Plascencia works for the Boys & Girls Club of Greater Milwaukee after school three days each week and volunteers at school and in the community with the National Honor Society. She played volleyball and soccer throughout high school.

She applied to Mount Mary, Marian University, Marquette University, Milwaukee School of Engineering and Lakeland College. She has decided to attend Mount Mary, which has offered her financial aid covering tuition, room and board for four years. Unlike sister Daesy who lives at home, Plascencia plans to live on campus.

Her parents, who are unemployed but who recently earned their GEDs, never stopped encouraging her to further her education, Plascencia said.

“I want to go to college so I have options … so I can do something I love and to better myself in general,” she said. 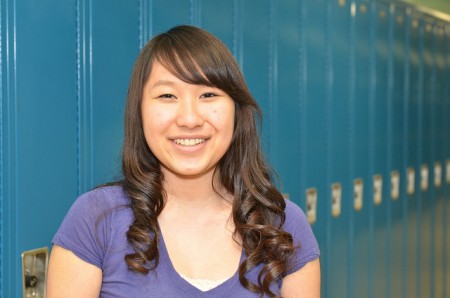 Pa Nou Xiong aspires to become a physician’s assistant and hopes to go to Marquette University. A senior at Milwaukee School of Languages, 8400 W. Burleigh St., Xiong has focused on becoming fluent in Spanish since middle school. She is a member of the National Honor Society and Spanish Honor Society. The youngest of 10 children, she was born in Milwaukee to Hmong parents who emigrated from Laos.

Xiong’s parents were raised in a traditional agricultural society with no formal education. In Milwaukee, they work as farmers and the family lives together in the Sherman Park neighborhood. Four of Xiong’s siblings graduated from college and two others attended college.

Xiong has been accepted at Marquette University, Mount Mary College, University of Wisconsin-Milwaukee and UW-La Crosse and is waiting to hear from UW-Madison and the University of Minnesota-Twin Cities.

“I would love to go to Marquette, but I have to see about my financial aid package and whether I can afford it. Otherwise, I might go to Mount Mary,” she said, which offered her a scholarship for 85 percent of the tuition.

The whole process of applying to college has been “nerve wracking and stressful but I’m really excited. I have been working for it for my whole middle and high school career. I really look forward to it,” Xiong said.

Xiong would like to live on campus for the full college experience, to meet more people and to be more independent, she said. 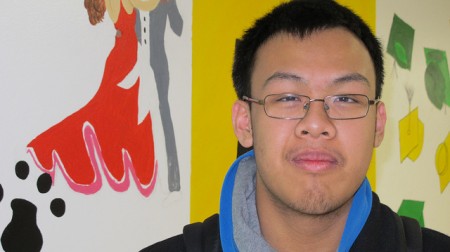 Peter Khanthavong, 17, a senior at Alexander Hamilton High School, 6215 W.  Warnimont Ave., initially intended to major in computer science. An avid tennis player, he looked for schools with a computer science major and a tennis team. Because he wanted to stay near his family, he applied in state to UWM, UW-Oshkosh, UW-Stout, Carroll University and Ripon College.

He has been accepted at all five colleges and hopes to attend UWM but “if I don’t get any financial aid from UWM, I may go to Carroll,” he said.

A member of his school’s Asian Club and DECA, an international organization that prepares high school students for careers in marketing, finance, hospitality and management, he now says he’s undecided about his major.

Khanthavong, the youngest of eight children, lives with his mother and a developmentally disabled brother in his late 20s in the Merrill Park neighborhood. His father passed away in 2011 and his mother, a Laotian immigrant, stays home to care for his brother.

Although all of his five sisters and an older brother attended college, only one was able to graduate. None of them had the advantage of the College Possible program though, and Khanthavong is optimistic that the program’s support will help him manage the workload and other challenges of college.

Though he’s nervous about the financial burden, Khanthavong is excited about entering college. “When I was younger I always heard that college was the place to go if you wanted to get more successful and ahead in life. That’s why I want to go to college,” he said.