You are here: Home / Home / Carousel / Community honors professor’s memory at South Side clean-up
Share this... 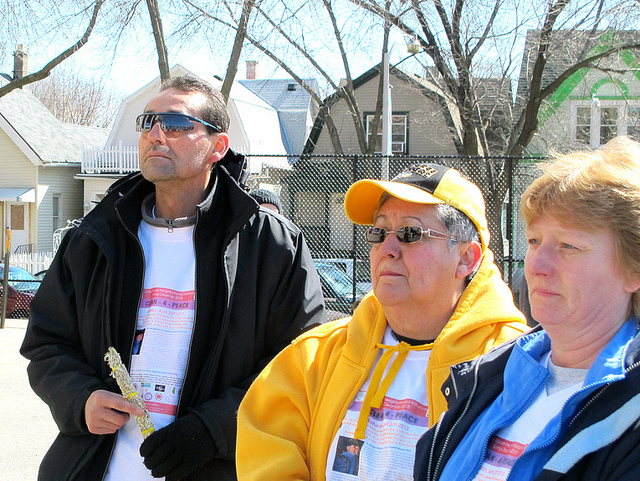 As an adolescent growing up in Clarke Square, Tomás Garrett-Rosas dropped out of high school and joined a gang. When he died this year at 38, he was a professor with a doctorate in urban studies and a tenure-track position on the faculty of UW-Whitewater. Along the way, Garrett-Rosas empowered many in his community and many students growing up in circumstances similar to his own, said his academic mentors at UW-Milwaukee.

“Tomás Garrett-Rosas was an amazing young man. In my many years at UWM I have seen very few young men with such intelligence, not only in terms of academics, but in terms of relating to people and helping people. In social intelligence he was a unique individual and was able to inspire people, especially young people,” said his longtime mentor, UW-Milwaukee Sociology Professor William Vélez.

Garrett-Rosas was both the embodiment of the community’s aspirations and a passionate advocate and facilitator for education and social justice, his mentors said. By all accounts he was a larger-than-life figure who remained true to the family, friends and community in which he was raised. For all of these reasons, Garrett-Rosas’ suicide Jan. 6 hit his community hard. 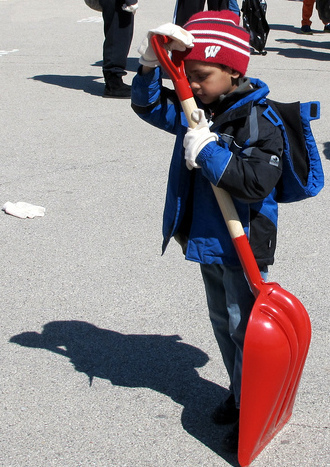 That community honored Garrett-Rosas’ memory at its annual neighborhood clean-up recently. The Clarke Square Neighborhood Initiative and Garrett-Rosas’ family and friends also dedicated their efforts to the memory of “all who have departed before their time.” Journey House Executive Director Dr. Michele Bria said a fundraiser was held for a scholarship to benefit a Journey House GED recipient’s higher education.

Friends say Garrett-Rosas’ mother, community activist Leonor Rosas, strongly encouraged him to pursue community organizing and to further his education. After studying community organizing at the Center for Third World Organizing in Oakland, Calif., he returned to Milwaukee and earned a GED at Journey House. While studying for an undergraduate degree at UW-Milwaukee, he tutored and mentored students and worked with first-time juvenile offenders at Journey House, Bria said.

Garrett-Rosas earned a master’s degree at the University of Illinois-Chicago and then entered a Ph.D. program at UW-Milwaukee. He graduated last spring.

“As a result of who he was and his story and the things he accomplished, he received a very competitive national fellowship from the Jack Kent Cooke Foundation,” said UW-Milwaukee Professor René Antrop-González, another of Garrett-Rosas’ mentors.

Among those whose lives were changed by Garrett-Rosas is Milwaukee Neighborhood News Service reporter and Marquette University graduate student Edgar Mendez. Mendez met Garrett-Rosas while working with his brother Francisco Garrett in a plastics factory. Garrett-Rosas saw potential in Mendez that Mendez did not see in himself. Garrett-Rosas started pushing Mendez to go back to school, eventually going with him to UW-Milwaukee to hand in an application. He later introduced him to colleagues in the McNair Scholars Program, a scholarship program for underprivileged youth. Mendez eventually followed Garrett-Rosas into the program and earned a bachelor’s degree in sociology and journalism in 2009. Mendez said Garrett-Rosas helped many people in the same way. 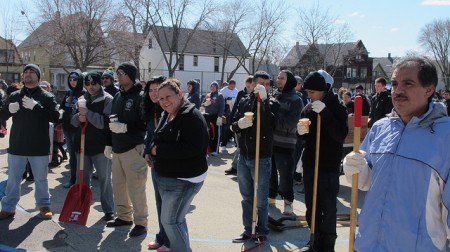 Community clean-up volunteers listen to a memorial tribute to Tomás Garrett-Rosas before beginning work cleaning up the neighborhood. (Photo by Andrea Waxman)

“When we were coming up, we didn’t have social and professional networks of people in positions that could help us. He created one with all the people he brought along with him, that he showed the way to. That is his legacy,” Mendez added.

Garrett-Rosas’ influence lives on. “He keeps me going on the days when I get home tired of all the struggles and I remember him and he inspires me,” Antrop-González said.