You are here: Home / Posts from Community / Increasing job readiness at SDC
Share this... 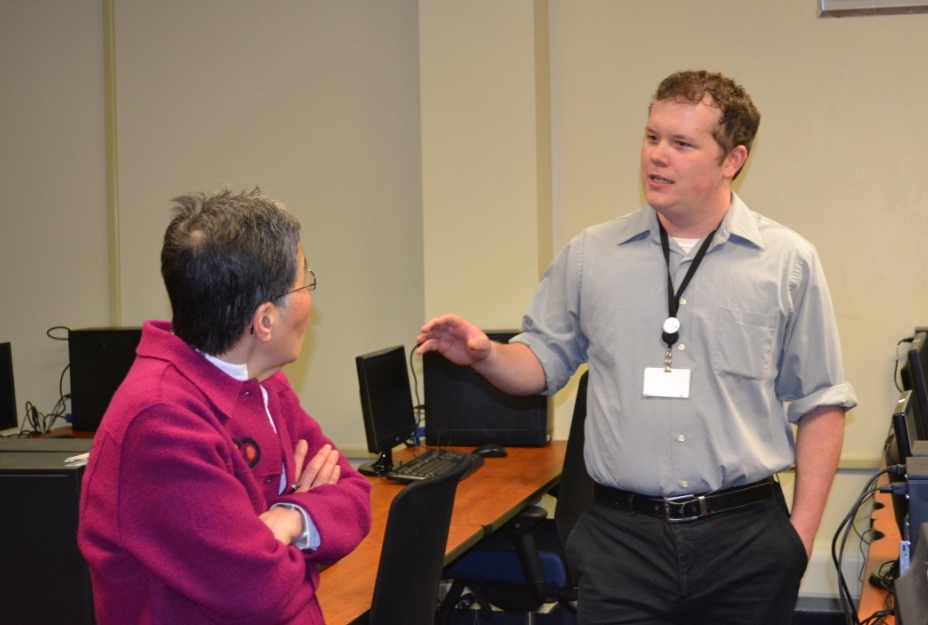 The Social Development Commission (SDC) is gearing up its new computer-based testing center to train and test residents for different educational and employment opportunities.  The new services at SDC’s Richards Street offices include administering a variety of work-related licensing tests such as those needed for certification as real estate brokers, nurses’ aides, and appraisers.

SDC staff showed off the testing center to members of the agency’s Board of Commissioners following their April Board meeting. “The staff is completing the work needed to allow the facility to meet the strict standards required to become a certified Pearson Vue Testing Center” remarked Board Chair Kris McHenry.  “When it attains that status in the near future, it will become only the second such facility offering GED testing in the City of Milwaukee”.

SDC Program Services Director Jan Stenlund says the testing center will allow residents to earn their professional licenses and certificates and thus place them on their way to improving their employment.  The center can also become a venue for web training as well as a more efficient way to administer GED testing.

For decades SDC has offered class work and testing for the traditional GED.  It is the only such agency offering the Competency Based Diploma Program in Milwaukee County, a program designed for adults with special learning challenges.  The next GED and Competency Based graduation is scheduled for May 23 at the Richards Street National Guard Armory.  The graduation is expected to recognize well over 60 graduates from the two programs, making the current academic calendar year the most successful in terms of the number of graduates.  By earning their diplomas, the women and men completing the coursework and testing are taking steps on the pathway to employment and success for themselves and their families. Because the SDC programs are offered in collaboration with MATC, all of the SDC graduates also will be able to participate in the 2013 MATC spring graduation exercises.

The new SDC testing center is part of the agency’s Economic Advancement Pilot Program.  That effort is bringing together a variety of resources and agency programs to increase the opportunities for low-income residents to meet SDC’s mission of empowering people to move out of poverty.  To learn more about SDC’s programs that include the GED and the Competency Based Diploma Program, visit the agency website at      www.cr-sdc.org/index/Programs–Services.htm.