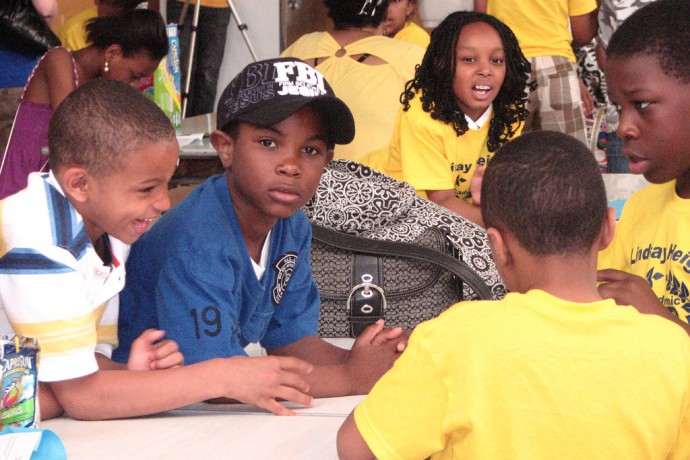 Educators and nonprofit service providers who work directly with parents and children played an important role in developing the first report by Milwaukee Succeeds, an initiative to raise academic achievement in the city.

Drawn from more than 300 groups, these individuals, together with representatives from businesses and philanthropic and civic organizations, make up the initiative’s eight networks and leadership teams.

Executive Director Mike Soika said the process is intended to involve people who are as close to the ground as possible “in order to effect real change.”

Milwaukee Succeeds hears the voices of the city’s parents through the organizations that make up the networks, he added. And “the networks are the place where the rubber hits the road for us as it relates to moving the needle on these [goal] numbers,” Soika said. For examples, Soika pointed to the group’s efforts on early childhood development.

“A lot of the groups at the [Milwaukee Succeeds] table, such as COA, Boys & Girls Club and the UNCOM agencies, are early childhood providers and they are in touch with parents on a day-to-day basis,” Soika said.

Andre Goode, community-based programs director for COA Youth & Family Centers, represents one such service provider. He was invited to join the “Third Grade Reading – At Home Network” because of COA’s success with its “Big on Books” program, he said. (There is also a “Third Grade Reading – In School Network.”) 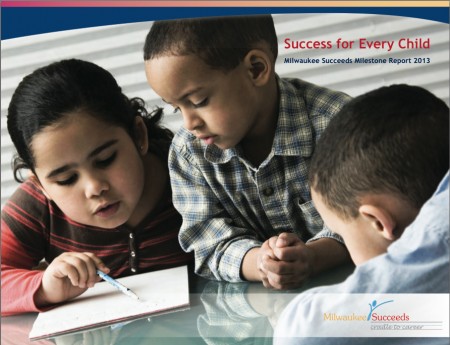 Big on Books brings parents of young children together for monthly meetings at 14 Milwaukee public schools to “home in on the point that literacy is the key to a young person’s academic success,” Goode said. “There was a real buzz in all of the schools,” where parents discussed a new book every month and took activity ideas and materials home to their children, he added.

India McCanse, another member of the Third Grade Reading – At Home Network and Milwaukee Succeeds’ operations team, contributes her expertise as an adult literacy specialist.

McCanse, executive director of Literacy Services of Wisconsin, said she has been able to help the network grapple with the reality that 50,000 or more Milwaukee adults cannot read above a second-grade level.

The group’s idea that parents are the first and best teachers of their children may be true in some ways, but “you are not going to have a lot of luck educating younger children if the parents are illiterate,” McCanse said. For those parents, the emphasis must be on helping them acquire reading skills. Addressing them on this topic must be handled sensitively, she added.

The two-year-old Milwaukee Succeeds initiative, which is based on Cincinnati’s Strive Partnership model and housed in the Greater Milwaukee Foundation, is committed to grounding its work in research, data and best practices. Another fundamental principle of the effort is to seek the participation of the entire community.

The first Milestone Report lays out a baseline assessment of the city’s education crisis. In addition to providing the starting point for measuring progress, the report spells out four goals for education reform. It also shows how Milwaukee children are performing compared to residents of Wisconsin overall. Milwaukee Succeeds aims to meet the goals by 2020 and will track and report on progress annually until then.

One goal is for all children to succeed academically and graduate prepared for meaningful work and/or college. The Third Grade Reading – At Home Network is addressing one component of the goal, which is to raise the percentage of Milwaukee third graders who read at a proficient or advanced level, as measured by the Wisconsin Knowledge and Concepts Examination (WKCE). The 2020 goal is 38 percent, compared to the 15 percent who currently achieve at that level in Milwaukee, and 33.1 percent in the state as a whole.

“The great thing about the Milestone Report,” according to McCanse, “is that it says, ‘Here are the facts,’ ‘Here’s what we’re doing about it,’ and lastly, which is probably most important, it says ‘Join us.’ If you’re from the business community, a volunteer, an educator, whatever, there’s a place for you.”