You are here: Home / Posts from Community / Meeting nutritional needs of youth
Share this...

The Food Service Program at the Social Development Commission (SDC) has had a very busy summer.  In addition to serving up approximately 2,600 meals a day for its year-round program, it is also providing thousands of additional meals every day for hungry Milwaukee area youth during their summer break.

The SDC Food Service Program is again partnering on the Summer Food Program with the Hunger Task Force, Milwaukee Public Schools, the Salvation Army and Boys & Girls Clubs.  The program is making and delivering 3,000 breakfasts, lunches, dinners and snacks daily to 45 sites.   Food Service Manager Earl Guyton notes that more than 70,000 meals have been prepared and served so far through the Summer Meal Program which still has several weeks to run.

The annual program serves school-age children during the summer months when they do not have access to school meals.  Guyton says the demand has been high this year and that the SDC program will end up making significantly more meals this summer than in 2012 by the end of the season.

The staff at SDC Food Service have also been busy working on a relatively new partnership with the Hunger Task Force and the Kohl Foundation.  This effort provides dinners to Boys’ and Girls’ Clubs, the Parklawn YMCA and several MPS Recreation sites.  The dinner program is in its third year and is projecting to serve approximately 26,000 meals to youth by the end of the summer, more than double from last year’s 11,727 dinners.

Guyton notes that the busy summer at SDC Food Service has been made possible largely by an energetic and creative group of youth who were hired through the City of Milwaukee’s Earn and Learn program.  “We have a wonderful group of young workers,” Guyton says, who have taken to heart the job of making the meals so efficiently.  He adds that making so many nutritious and creative meals has been a challenge for all the staff with the program but so has delivering all the food on time to so many sites located across Milwaukee County.  During this summer, he says, it has been “all hands on deck.” 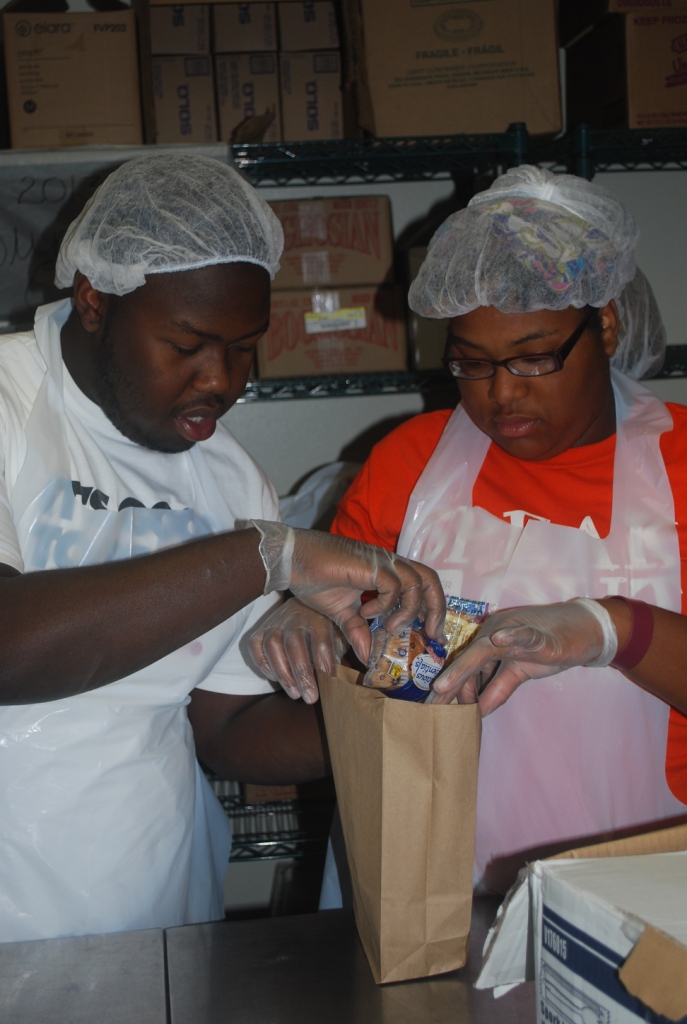