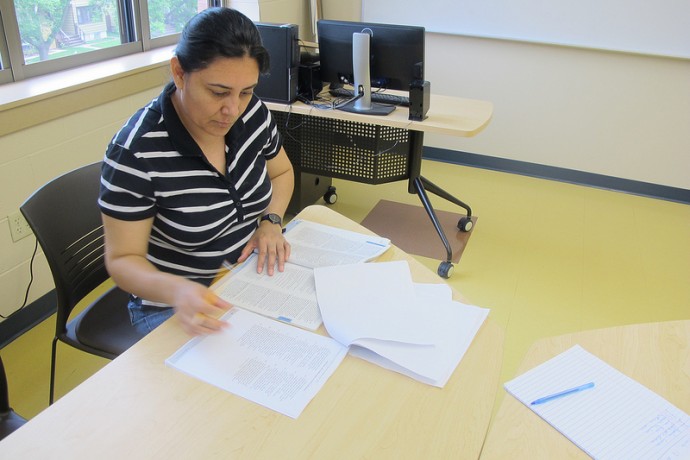 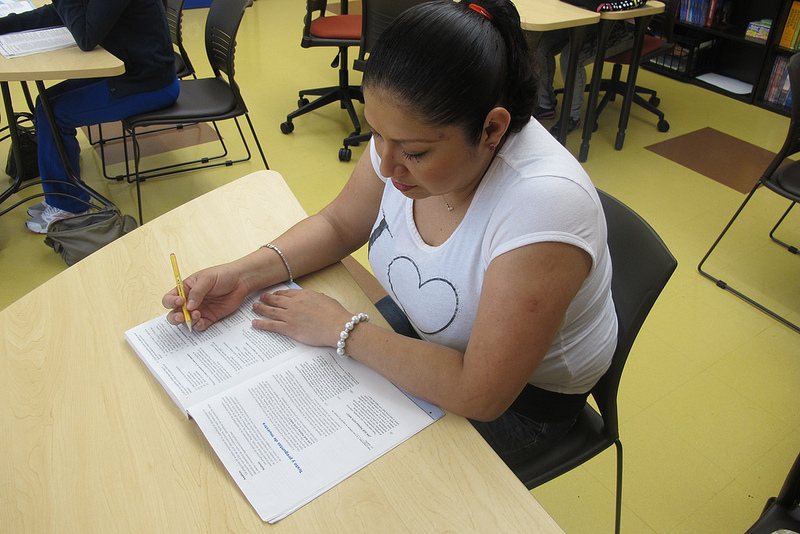 New test could force thousands to start over on GED exams

Educational and community advocates are working to notify people who’ve begun their GED exams but haven’t completed all five that they need to finish by Dec. 13, when a new testing system will go into effect.

A final push is under way to help GED testers who’ve completed some but not all of the five exams needed for certification to finish before sweeping changes go into effect next year. These students will need to start over if they don’t earn their GEDs by Dec. 13, the last day the current version of the exam will be offered.

A 10-year $1 million grant from the Bucyrus Foundation will help support that effort. Some funds, aimed at reducing barriers to unemployment, will go to three GED programs working against the clock, as time ticks away for testers.

“We’re working closely with the test sites to make sure that adults who are test ready are able to achieve and complete their tests before Dec. 13,” said Nicole Angresano, vice president of community impact for the United Way of Greater Milwaukee.

As of June, 2,800 students from Milwaukee had taken some of the tests but not completed all five.

Angresano called the strategy to help those students complete their GEDs “short-term and intense.” The grant will fund additional testing hours at each of the three sites the organization funds.

“We’re really concerned about the changes and want to invest in ways that achieve the best results so that people can get their GEDs,” Angresano said. “Not having a basic degree is a huge barrier to unemployment and employment sustainability,” she added.

The Literacy Services of Wisconsin, Next Door Foundation and the YWCA, which receives the bulk of the funding, are the sites funded by the United Way. They receive more than $340,000 from the organization, according to Angresano.

Patricia Adams, workforce training and education director at the YWCA, said prep classes as well as seats for GED tests have been full and staff members are extremely busy. Tests are offered there Monday through Thursday.

“Eighty seats for tests have been full and we have about 20 standbys that come in just in case there’s a no show,” said Adams, who added that two MATC instructors have been brought in to alleviate the rush by helping students prepare for the exams.

Adams said her site is not taking any new students. It serves only those who’ve completed some of the exams there or are transitioning from other testing sites. She said the organization simply doesn’t have time left to prepare students starting from scratch.

“It’s sad, but there’s such a narrow window and we need to focus on those with the ability to finish in time,” said Adams. 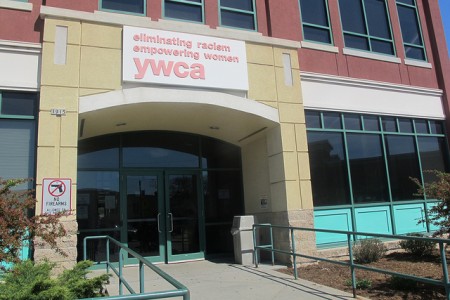 At the UMOS testing site at 2701 S. Chase Ave., the seats also are full, albeit fewer of them. The site is offering only 60 tests a week due to lack of funding and staff. At full capacity, in March, April and May, the site offered 120 tests a week, according to Tony Tsai, education manager at UMOS.

Nevertheless, UMOS has helped 595 testers achieve certification this year, compared to 382 at this time last year, said Tsai, who’s been working at UMOS for more than 20 years. Tsai added that 136 additional clients have taken all five tests but either failed one or two, or passed all of them but don’t have the required 2,250 points to achieve certification. A minimum of 410 points is required to pass each exam.

The UMOS adult education programs are not currently funded by the United Way but that could change, according to Angresano.

If UMOS were to receive additional funding, it would certainly look at increasing capacity to meet the growing need, said Rod Richardson, a spokesperson for the organization.

Besides the challenges in finding funds to support more testers, Tsai said that there is also increased pressure to be prepared for the transition to the new tests.

“We’re in the process of updating our technology and getting our systems ready for the change,” said Tsai.

The new, completely computer-based GED test will include four exams instead of five, and test-takers will need to do more high-order thinking to pass, said Westmore Holmes, instructional chair for the High School Education/GED program at MATC, in an interview earlier this year. The test will continue to assess whether students have achieved the equivalent of a high school education and will comply with state and national standards, Holmes said.

The cost of the test is expected to increase from the current cost of $80 to $120 to $137. According to Schinika Fitch, a spokesperson for United Way, the grant funds could be used to help defray the additional cost of the exam or pay for testing centers to stay open later.

Additional dollars from the grant will go towards programs that offer specific services to reduce unemployment, such as attaining driver’s licenses, building soft skills and targeting hard-to-employ populations, including people with disabilities or those who were incarcerated, according to Angresano.