You are here: Home / News / Arts and Recreation / Visitors travel world in one South Side neighborhood
Share this... 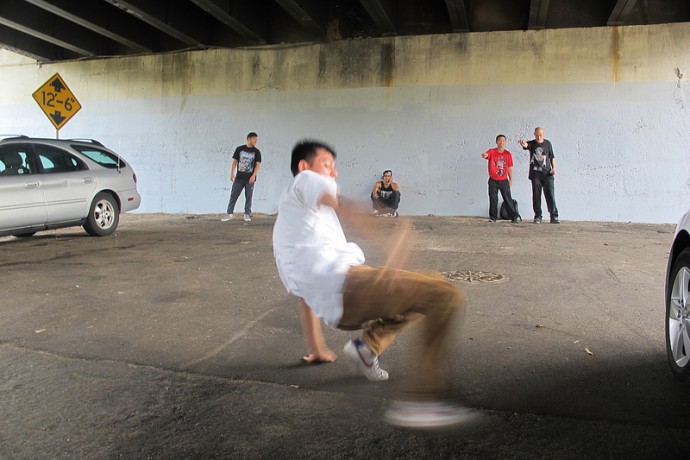 The diversity of Silver City was on full display recently as visitors symbolically traveled the world through visits to ethnic restaurants, while a variety of artists and street performers showcased their skills during the neighborhood’s second annual International Food and Art Walk.

The activities on this rainy day stretched from South 31st to South 39th Street along West National Avenue and a few blocks on West Pierce Street on the city’s South Side. Six ethnic restaurants—serving fare ranging from Puerto Rican mofongo, Thai spring rolls and Peruvian ceviche—a pub and grill and an Asian grocery store line the busy street.

Natanael Martinez, economic development manager for Layton Boulevard West Neighbors (LBWN), a non-profit serving the area, said visiting those businesses was a great way for people to experience the authentic cuisine the melting-pot neighborhood has to offer.

“The food is part of a celebration of the rich diversity of cultures here in Silver City,” said Martinez, adding that most of the business owners are first-generation immigrants. 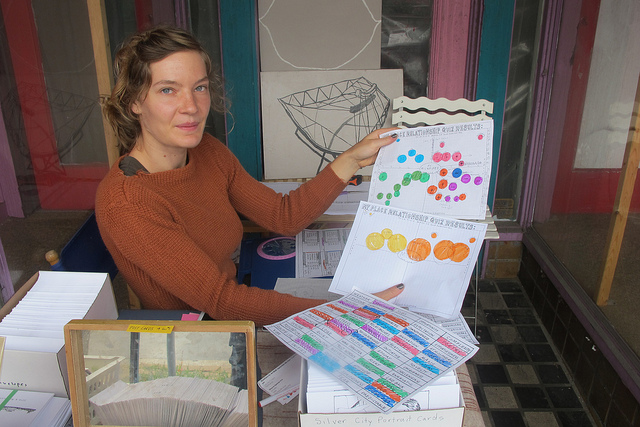 Sarah Luther, a visual artist from Milwaukee, displays the quizzes she created to help people graph their leisure time. (Photo by Edgar Mendez)

The budget for the event, sponsored by LBWN, LISC Milwaukee, the Satellite Gallery Project and other groups was just under $10,000, according to Martinez.

Fourteen artists, many part of the Satellite Gallery Project, conducted live art performances. Artist Sarah Luther of Milwaukee created a quiz to help residents visualize how they are spending their free time. ArtWorks for Milwaukee also unveiled a youth mural project during the event.

Down the hill and under the 35th Street viaduct, people gathered to witness a lively break dance battle. Anthony Burchetce, who won his first battle in the tournament, traveled from Madison to participate in the contest.

“I came because I love to dance,” said Burchetce, who’d never visited the area before but said he was impressed by all the neighborhood had to offer.

Emily Michi and Walter Sams, who work at the nearby Urban Ecology Center, were also impressed, and said they recently bought a home in Silver City.

“The Hank Aaron State Trail, the liveliness, and the diversity of the people brought us here,” Sams said.

Perhaps the most popular event for visitors was SoccerFest, a three-on-three soccer tournament sponsored by the Milwaukee Soccer Development Group (MSDG). The tournament, which featured 16 teams, was played on the hard court surface behind the Silver City Townhomes. James Moran, founder of MSDG, said he created the group to share his love for the sport. MSDG donated 16 “indestructible” soccer balls, one for each team, to various organizations after the tournament. Eleven of the balls went to South Division High School’s soccer team.

Moran said he was amazed that players came from as far away as Madison and surrounding suburbs just to participate in the tournament. He was even more impressed by the day’s activities. “It’s a brilliant event that brings all nationalities together in an urban setting like this.”