You are here: Home / Home / Carousel / ‘First of its kind’ program teaches Milwaukee businesses how to scale up
Share this... 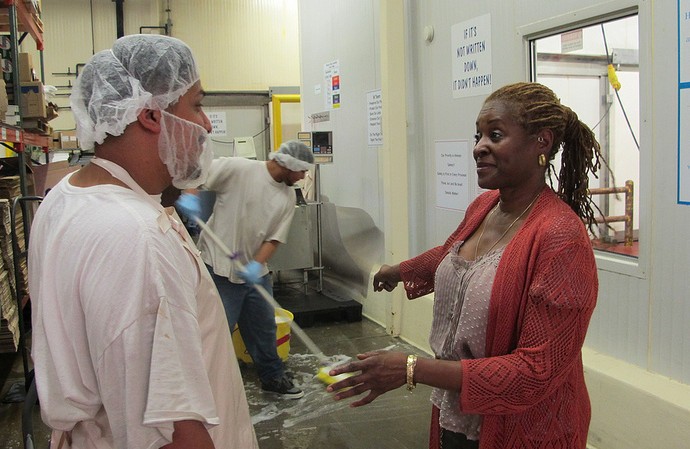 Business owner Daphne Jones believes in having dreams. Hers include expanding her company, providing employment for more central city residents and strengthening the city and the state by inspiring and teaching other business owners how to expand.

Jones is getting help realizing those dreams from the “Scalerator,” a project of Scale Up Milwaukee, a pilot business development program sponsored by a group of local and national university, business and economic development leaders.

“I feel so jazzed about [the project]. I love to learn and I’m learning things that are going to help me do a better job and grow myself,” Jones said after attending two of the four day-and-a-half sessions being held at UWM’s Joseph J. Zilber School of Public Health, 1240 N. 10th St.

Daniel Isenberg, director of the Babson Entrepreneurship Ecosystem Project at Babson College, suggested that Milwaukee serve as the pilot city, after a group of Milwaukee business leaders, including UWM Chancellor Michael Lovell and businessman Sheldon Lubar, visited Babson to discuss how to improve the entrepreneurial climate here.

“This project is the first of its kind in the country,” said project director Michael Hostad,

The Scale Up initiative consists of programs including workshops for UWM faculty on how to write about and teach business entrepreneurship, a conference on how large companies can strategically ally with small companies to benefit both and monthly roundtables with Mayor Tom Barrett, Hostad said. 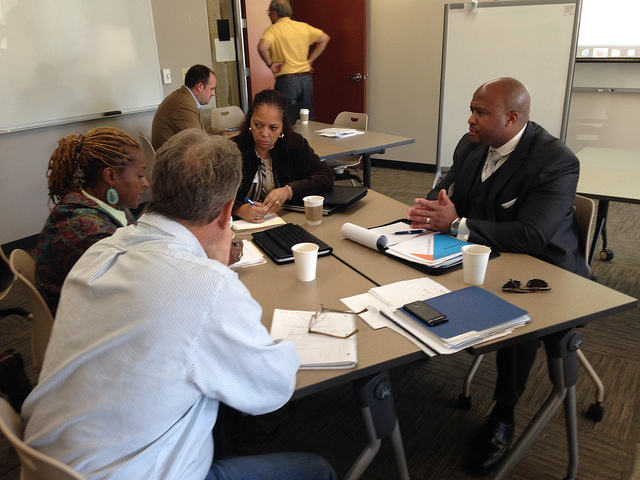 The project’s goal is to provide the tools that these companies need to be able to grow and create a culture in Milwaukee that promotes entrepreneurship, Hostad said. “We’ve got strong support for start-ups but we may be lacking the next step, for start-ups to get larger and spur economic development,” he added.

Jones’ company, Glorious Malone’s Fine Sausage, Inc., is one of 11 area businesses selected for “Scalerator.” Along with Able Access Transportation and Bridge Logistics, it is one of three participating businesses located in the central city.

Scalerator was open to businesses throughout Wisconsin. Most applicants came from southeast Wisconsin, with some from the Fox Valley area, according to Hostad. “We were looking for companies with annual revenues of a couple hundred thousand to $5 million. We were also looking to see if they had the passion to grow,” he said.

Sessions are led by Isenberg and other professors from Babson College, widely considered one of the top academic institutions for business.  The participants work together in what Hostad described as “a mini-MBA program.”

“The classes have been very informative. They take you deep into the process of what it means, what it takes to grow,” said Jones, whose parents started the company as a corner store at 6th and Hadley streets. The company opened its present location at 300 W. Walnut St. It employs 12 people and produces 300,000 to 350,000 pounds of headcheese and country pate annually.

The interaction with fellow small business owners has been rewarding for Annette Tipton, who with her husband Steven Tipton founded Able Access Transportation in 2001. The company, located at 2620 W. Silver Spring Dr., provides non-emergency medical transportation.

“There are workshops that allow you to throw out a plan and have it critiqued and create an actionable plan. You can’t really pay for 10 business owners to sit down with you and say ‘do this’ and ‘don’t do that,’ “Annette Tipton said.

“We started with one van and kept growing. We now have 28 vans,” Tipton added. The company employs 28 people.

“We have upcoming meetings and workshops with lenders, the mayor and the governor. We will have a voice where otherwise our voices would not be there,” Tipton said.

Tom Haering, owner of Bridge Logistics, is taking steps to expand his supply chain services company after the challenges of the economic downturn forced him to scale back from 20 to 10 employees. He moved the business from Ozaukee County to 5700 W. Bender Ct. on the city’s North Side a year ago. Some of the company’s customers are located nearby, Haering said. He is interested in employing city residents and has already met with representatives at a local workforce-training center, he said.

“We felt very honored to be invited to participate in the Scalerator project,” said Haering who has attended with two of his employees. “We have to think out of the box, use all of the tools and facets that are around us to improve things,” he added.

“If we succeed, that will help the area. If we can prove that [this program] works, other companies can benefit,” Haering said.

Jones agreed. “If it becomes something consistent for people to be able to participate in, I think that would be such a blessing and a great opportunity to keep forging forward so that we literally are bridging the generations into the future,” she said.