You are here: Home / Home / Carousel / Milwaukee evidence added to complaint against U.S. Bank
Share this... 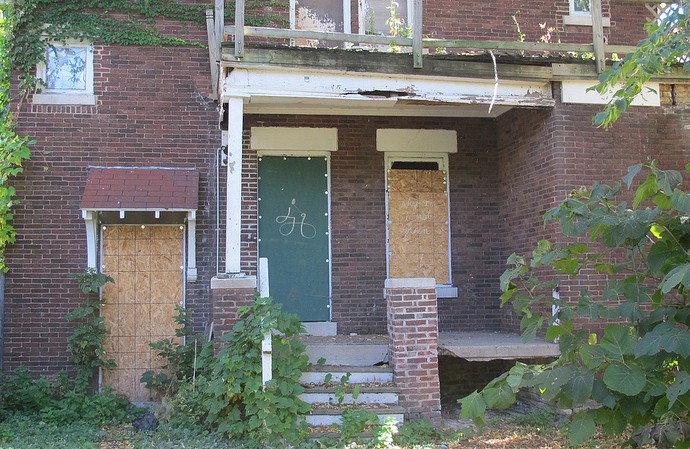 An evaluation of about three dozen foreclosed houses in Milwaukee has been added to the ongoing federal complaint against U.S. Bank. The complaint accuses the bank of discrimination based on how it allegedly maintains and markets foreclosed homes.

The complaint, filed in April 2012 by the National Fair Housing Alliance, now includes evidence from Milwaukee. It alleges that the bank maintains and markets foreclosed houses in white neighborhoods “in a far superior manner” than it does in African-American and Latino neighborhoods.

Filed with the U.S. Department of Housing and Urban Development, the complaint claims the bank is violating the federal Fair Housing Act.

“U.S. Bank’s actions have significant financial and health impacts on local governments, schools, neighborhoods and homeowners who live near these neglected properties,” said Shanna Smith, the president and CEO of the National Fair Housing Alliance, during a web presentation announcing the amended complaint. 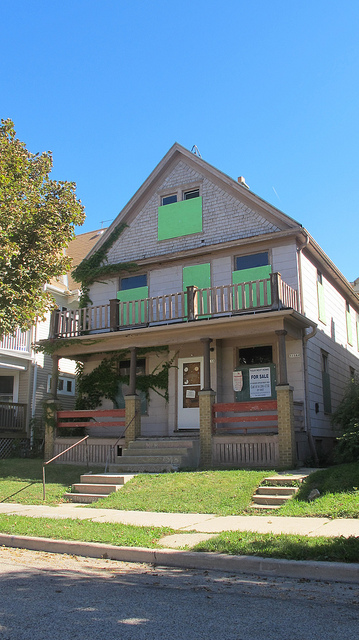 Foreclosed houses that are not properly maintained are not just an eyesore, but also attract crime. (Photo by Scottie Lee Meyers)

More than half of U.S. Bank’s properties in neighborhoods of color had at least five deficiencies, which is twice as frequent than in white neighborhoods, said William Tisdale, president and CEO of the Metropolitan Milwaukee Fair Housing Council.

“Milwaukee is a city of well-maintained neighborhoods. Residents take pride in their communities. U.S. Bank is not a good neighbor,” said Tisdale, who showed several photos of blighted houses in Milwaukee during the web presentation.

“U.S. Bank is hurting Milwaukee’s African-American neighborhoods by allowing homes to have broken windows, overgrown shrubbery and an accumulation of trash,” he added.

The properties shown by Tisdale also lacked “For Sale” signs, suggesting the bank is skirting its responsibility to properly market the houses.

Nicole Garrison-Sprenger, a spokeswoman for the bank, called the claims inaccurate, saying U.S. Bank is only a trustee of the properties in question. The bank has no legal right to service or maintain properties that are held in an investment pool for which it is a trustee, she said in a statement.

“We share (National Fair Housing Alliance’s) concerns about abandoned and neglected properties and we fully support efforts to maintain the integrity of our communities,” she said.

Jeff Fleming, a spokesman for Mayor Tom Barrett, said U.S. Bank has been a “good partner in a variety of different ways in addressing the foreclosure issue in Milwaukee.”

“As banks go, they have certainly been in the top tier of partners in addressing some of the issues associated with the foreclosure crisis,” he added.