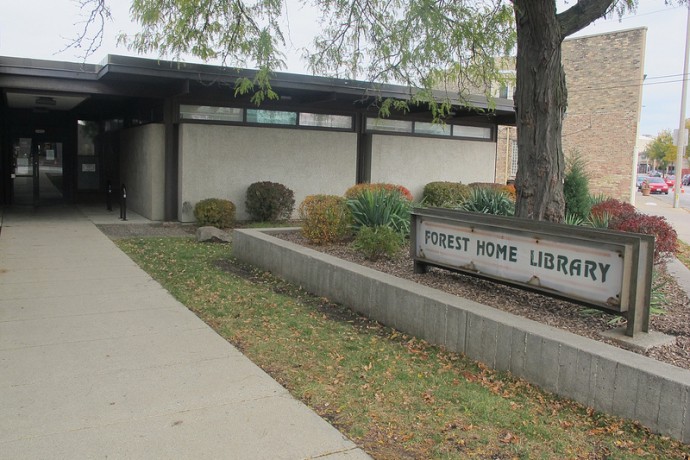 The city plans to spend $1.8 million to replace and renovate neighborhood libraries, including the Forest Home Library on the South Side. (Photo by Edgar Mendez)

The City of Milwaukee Common Council is expected to approve a $1.4 billion budget for 2014 on Friday.

Below are the top five issues in the proposed budget that are likely to affect low-income communities:

The proposal also would put more officers on the street for community policing duties, instead of behind desks performing crime and personnel analysis. In 2014, the police department is expected to transfer the data-crunching responsibilities to eight civilian crime analysts. 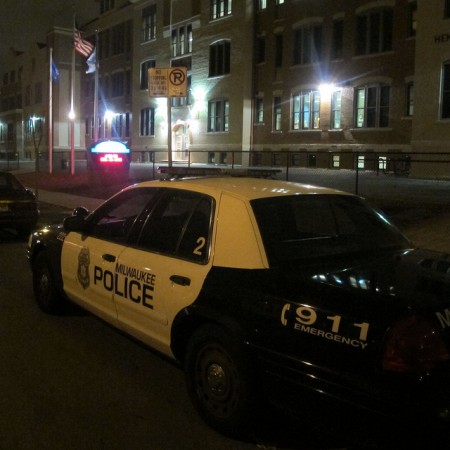 The budget proposal would put 100 new police officers on the street. (Photo by Edgar Mendez)

The budget includes a multi-year strategy to rejuvenate and transform the city’s neighborhoods. One of the main elements of this strategy is to address foreclosures.

The city expects the number of tax-foreclosed properties, which stands at 1,052, to increase in 2014, while the number of bank-owned foreclosures has begun to level off to pre-2008 levels.

As part of the strategy, the city plans to spend $11.7 million to prevent and eliminate blight, redevelop city-owned properties and create a plan to reuse city-owned land.

Since 2005, the Earn & Learn program has matched more than 16,000 young people with employment opportunities where they can learn meaningful skills and “develop positive work habits that last for a lifetime,” according to the spending plan.

The funds also would be used to pay for a youth development coordinator in the Department of City Development, who would recruit private sector employers to participate in the program.

The proposed budget earmarks $1.8 million for reinvestment in neighborhood libraries. The money would be used to replace the Forest Home and Mill Road libraries and to renovate the Tippecanoe Library.

“Neighborhood libraries serve multiple community purposes and access to high quality facilities encourages frequent use by neighborhood residents,” according to the proposal.

The spending plan also allocates $100,000 for the Teacher in the Library program. The program, at seven libraries throughout the city, puts certified teachers in libraries where children can get help on homework assignments and advice on how to improve their study habits.

“Teachers also provide support, counseling and advocacy for the parents and caregivers of participating children,” according to the budget document, which noted that three out of every four students who participated in the program since it began in 2011 said it helped them gain a better understanding of their school work.

The city plans to spend $3 million in 2014, up from $1 million in 2013, to improve the street pavement conditions in neighborhoods throughout Milwaukee.

The money would go to repairing streets that are not scheduled for full reconstruction. A grinding and asphalt overlay technique would disrupt traffic patterns for only two to three days, while extending the life of the roadway by up to seven years.

The program’s goal is to improve streets that have a relatively high traffic count and serve an employment or commercial center.