You are here: Home / Posts from Community / Meijer donates trucks, trailers and food to Hunger Task Force
Share this... 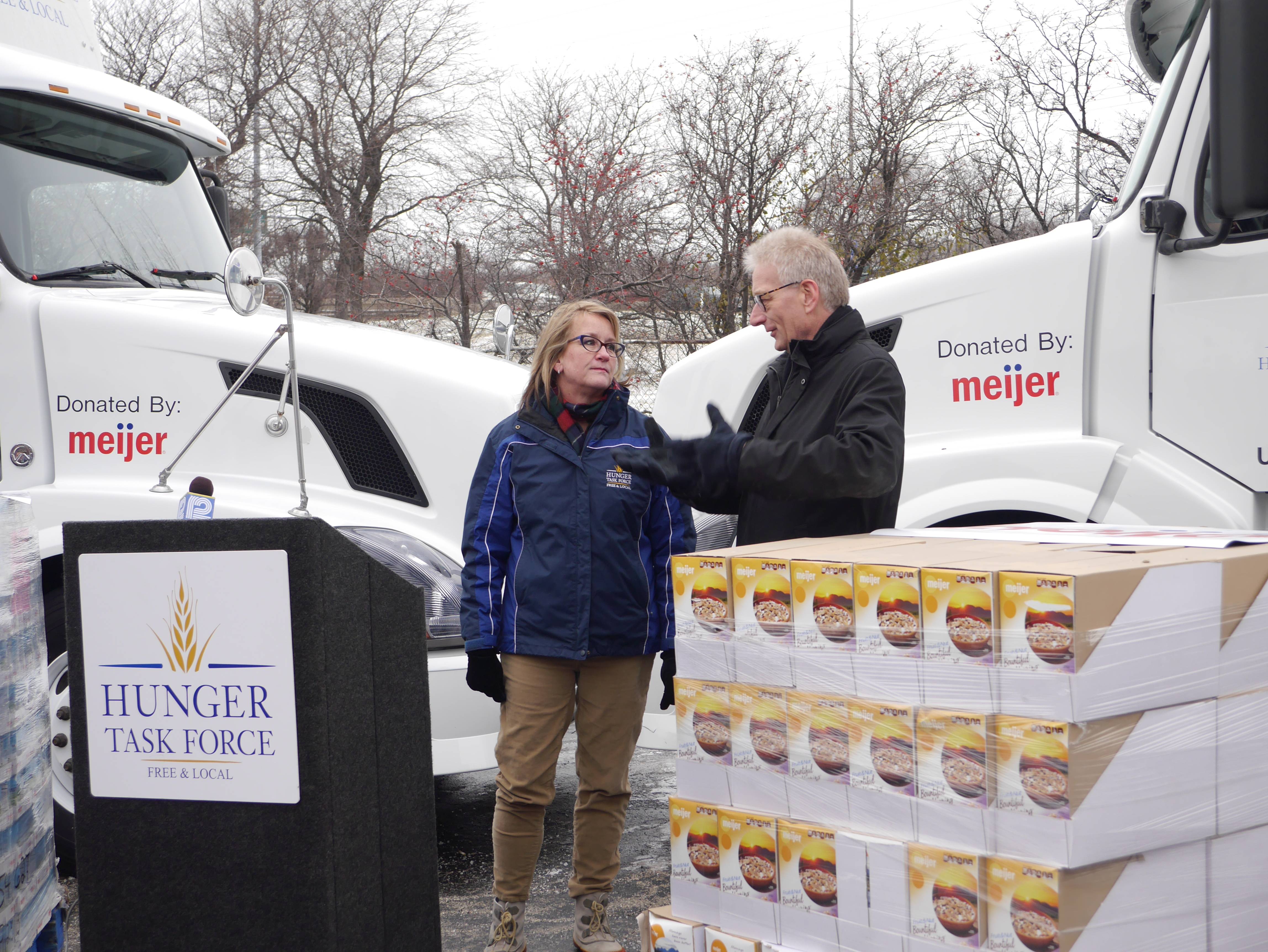 “Meijer was built on a fundamental philosophy of supporting the communities we serve,” Meijer Co- Chairman Hank Meijer said. “And while we don’t have stores in the area yet, we believe it’s never too early to become a good neighbor. Food is a very basic need that no one should go without, and we’re pleased to partner with Hunger Task Force, which is working diligently to feed those who are struggling.”

Hunger Task Force delivered 8.3 million pounds of food free of charge last month, providing for 36,000 visits to area food pantries and slightly fewer than 64,000 visits to local meal sites. The Meijer donation of trucks filled with an estimated 84,000 pounds of food will allow even more families and individuals to be served this holiday season.

“Hunger Task Force welcomes Meijer to the metro Milwaukee area,” said Sherrie Tussler, executive director of Hunger Task Force. “When Meijer executives told us they were going to deliver two semi- trucks full of food in time for Thanksgiving we were so happy. But when they told us we could keep the trucks, we were ecstatic. We want to thank Hank Meijer and the Meijer family of employees for their generosity and service to those in need.”

Meijer is expanding into Wisconsin and has announced plans to open several Milwaukee-area stores as early as 2015. The retailer has a strong family and corporate tradition of caring, including significant support of hunger relief initiatives in the communities it serves. In fact, Meijer gives more than 6 percent of its net profit to charitable organizations each year, as well as offers a food rescue program at each of its 204 stores, and has a signature program called Simply Give that has generated more than $6.5 million – equaling 39 million meals – for its food pantry partners throughout the Midwest.

The two semi-trucks and trailers donated to Hunger Task Force were previously part of the Meijer truck fleet and replaced with ones that offered the latest technology in emissions control. The vehicles are part of a larger donation of 10 semi-trucks and 20 trailers – valued at nearly $400,000 – Meijer will give this year to food banks in the Midwest. Since 2010, Meijer has donated 60 trucks and 20 trailers to food banks and other community partners.

All of the vehicles have been reconditioned and prepped for their next use, including new tires, maintenance inspections and new graphics specific to each donation recipient.