You are here: Home / Home / Carousel / Subzero temperatures leave hungry people out in the cold
Share this... 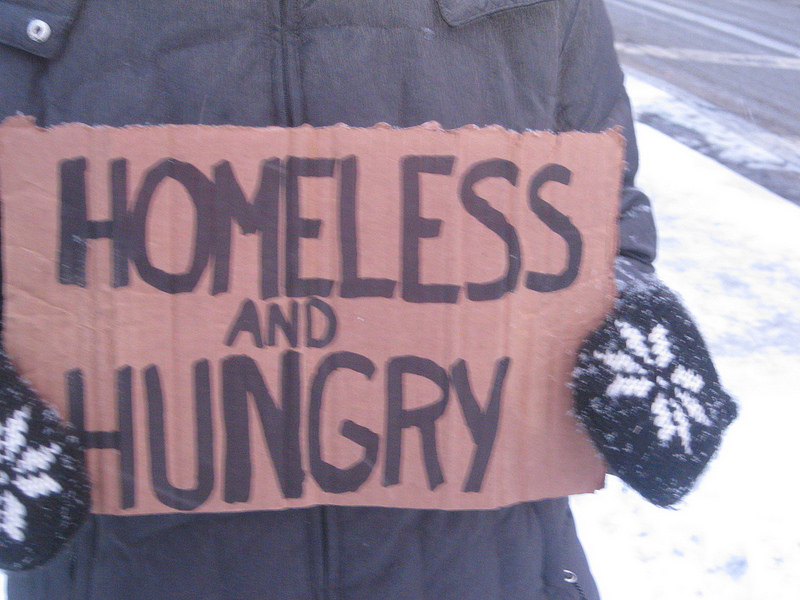 Subzero temperatures left food assistance out of reach for some low-income Milwaukeeans earlier this week, as food pantries and meal programs closed in the face of the coldest temperatures in almost two decades.

Food bank and advocacy organization Hunger Task Force (HTF), which supplies free food to more than 60 pantries, meal programs and homeless shelters, closed Tuesday, as did many of its member organizations, according to Executive Director Sherrie Tussler.

With a wind chill index of 20 degrees or more below zero, it was inevitable that many HTF-affiliated programs, 90 percent of which are volunteer-based, would have to close, she added.

“You can’t have people standing in lines around the block in frostbite weather,” Tussler said.

Conditions also hindered HTF’s food deliveries, which regularly number 20 to 25 a day, according to Tussler. 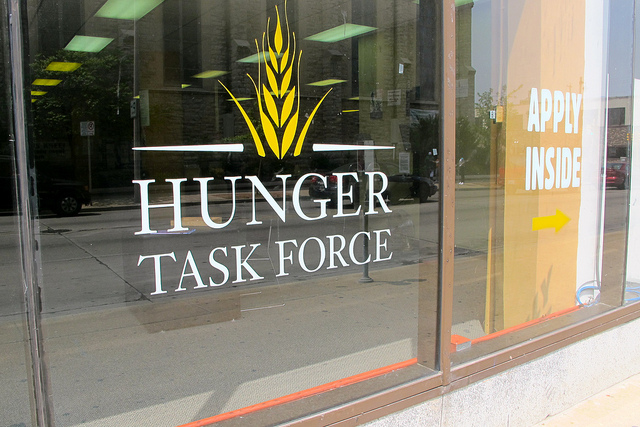 The weather came at a bad time for food programs, according to Deb France, administrative assistant at Cross Lutheran Church, 1821 N. 16th St., which runs a weekly “Bread of Healing” pantry and meal program.

“It’s cyclical,” France said. “We always see an uptick by the end of the month, when food stamps and other assistance begin to run out.”

The closings led to an increase in calls for food aid to IMPACT 2-1-1, a 24-hour hotline that refers clients to food programs and other assistance. Though no hard numbers were available, Program Director Bob Waite said 2-1-1 had received “a lot of extra calls” from people who had gone to pantries only to find them closed.

IMPACT tried to refer clients to programs, but residency requirements and mobility left many without access to food.

“Most food programs only serve people in a specific zip code or neighborhood, and most people that are in need of food can’t travel,” Waite said.

The mass closings were unusual but understandable, Waite said, adding that he had “never seen a situation quite like this.”

Not all food pantries closed in the face of the cold. Some, such as House of Peace, 1702 W. Walnut St., remained open for regular hours on Monday and Tuesday despite the weather.

Numerous visitors braved the cold to visit the organization on Monday and Tuesday for food and clothes, and some people came by to make donations as well. House of Peace also handled some referrals from 2-1-1, taking on clients from closed pantries, according to Sheets-Howard.

Though not as many visitors arrived as usual, “quite a few” people still came in for help, she noted, some with pressing needs.

“We helped a mother yesterday who didn’t have blankets for her 10 children,” Sheets-Howard said.

The two-day disruption had largely abated by Wednesday as most programs reopened, according to Waite. Additionally, though Hunger Task Force had to close twice because of weather conditions, the organization’s food stocks remained “ample,” Tussler said.

For referrals to food pantries and meal programs, contact IMPACT by dialing 2-1-1. Clients can also text their ZIP codes to TXT-211 (898-211) for assistance.