You are here: Home / Home / Carousel / Analysis: Impact of Obamacare on health care costs hard to diagnose
Share this... 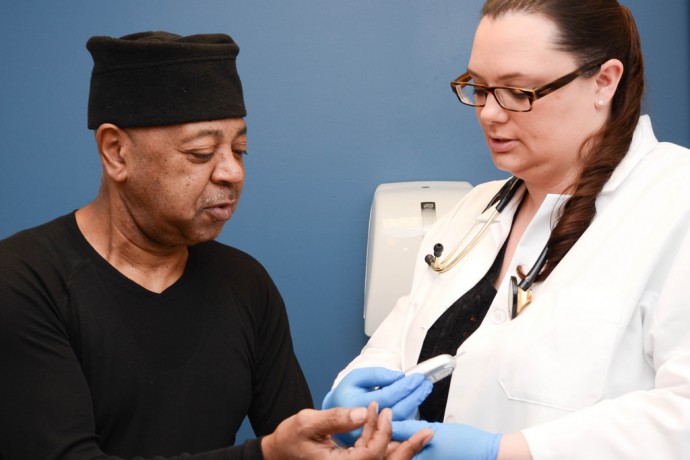 Since President Barack Obama signed the Affordable Care Act into law four years ago, conservatives and liberals have lived in two clashing realities.

Conservatives have preached gloom and doom, calling the landmark policy, also known as Obamacare, an abject failure, claiming it will drive costs for consumers through the roof while limiting access to health care.

Liberals, conversely, have been gleefully optimistic as they paint a rosy picture of Obamacare, saying it is a game changer that will hold costs in check while increasing access to affordable health care for millions.

But according to economists in Wisconsin, who use free market dynamics such as demand and supply to evaluate consumer prices, the reality of Obamacare is somewhere in the middle.

“Both in the short term and long term, prices are very, very hard to predict,” said Marquette economist Joe Daniels, director of the Center for Global and Economic studies. “You can’t look at it like a refrigerator and talk about market dynamics like you might if it was a refrigerator.”

The typical economic interplay between supply and demand as they relate to prices is not entirely relevant to health care and insurance costs because of the pooling nature of insurance.

One of the basic tenets of the Affordable Care Act is that increasing the number of people who are insured will spread the risk and reduce the uncertainty associated with insuring health. As a result, some individuals will experience a decrease in their health insurance premiums while others will see an increase, Daniels said.

“You pool all that risk together over a wide range of individuals and you are diversifying that risk,” Daniels said.

One reason why advocates are pushing so hard for people, especially the young and healthy, to enroll is to combat adverse selection, Daniels said. Adverse selection means that more unhealthy individuals will enroll in health insurance to reduce their personal risk than healthy people, who feel they can do without it.

“Let’s suppose that the online system is not working well and you have to log on 15, 20 times and spend two days to sign up for insurance, who do you think will be the people who sign up? It’s going to be the people who have a preexisting condition and who most need insurance,” he said.

If healthy individuals do not offset the unhealthy who become insured, then insurers will bear the increased cost, which they will pass on in the form of higher prices to consumers.

Another major difficulty in predicting prices is that the Affordable Care Act does not address the main price driver in the health care market in the foreseeable future, namely an aging population that will increase demand, Daniels said.

“Normally, if I was teaching Economics 101 and I was teaching undergrads about the supply and demand for potato chips, I would say there is going to be an increase in demand and perhaps some changes in supply (which would result) in an increase in the price of the chips,” said Owen Thompson, an economist at the University of Wisconsin-Milwaukee. “But health care isn’t really like potato chips.”

Fundamentally, when demand for a product such as potato chips in a free market increases and the supply stays constant, the price for that good will increase. But, what sets health care and potato chip pricing apart is who’s doing the buying, according to Thompson.

“So normally if you raise the price of potato chips, people will eat fewer potato chips to some extent, but if you raise the price of health care, that might not get through to the consumer in the (same) way,” Thompson said. “Price doesn’t play the role that it usually plays in markets because there are just a lot of complicated institutions standing between supply and demand.”

“Competition will be greater and so prices should be lower,” she said. “Insurance companies may want to gain share in this market and reduce prices as a market strategy.”

For health care itself, prices may increase in the short run due to demand pressures on the market caused by more individuals with insurance and more coverage for pre-existing conditions, she added. But in the long run, that demand may be offset by added supply in the health care industry through the use of technology and more reliance on nurse practitioners and physician assistants, she noted.

According to Thompson, the Affordable Care Act will decrease preventative care costs for many people. The act requires many preventative measures such as checkups and mammograms to be covered by health insurance companies, making them more affordable for many consumers who have had to pay out-of-pocket for this type of care, he said. In the long run, an increase in prevention could decrease the demand for critical care, resulting in a drop in demand and thus a decrease in prices, he noted.

“But the relationship between health insurance and the health of an individual is not very strong,” he said. “You would think that if someone gets health insurance in the medium run to the long run, they would be healthier. That might be true, but there’s not strong evidence that they get a lot healthier.”

On the supply side, the Affordable Care Act will likely boost the amount of health care available to consumers, especially in underserved communities, through increasing training subsidies and scholarships for medical professionals and implicitly increasing the use of nurse practitioners, Wolfe said.

The supply of insurance available to consumers will also increase as a result of the online health insurance marketplace, which “makes it far easier” for insurers to enter the market or expand their offerings, Wolfe said.

“A company would be encouraged to expand the communities and states in which it offers coverage. In the longer run, companies offering coverage should want to be in additional states so (there will be) more supply of insurers, not less,” Wolfe said.

But many provisions of the Affordable Care Act have yet to be enacted, such as a requirement for large employers to offer insurance and a 40 percent tax on insurance companies that offer high-end insurance plans. This makes predicting supply and the resulting price of health care difficult, leading to uncertainty in the market, according to Daniels.

“There is an awful lot that we don’t know,” Daniels said.