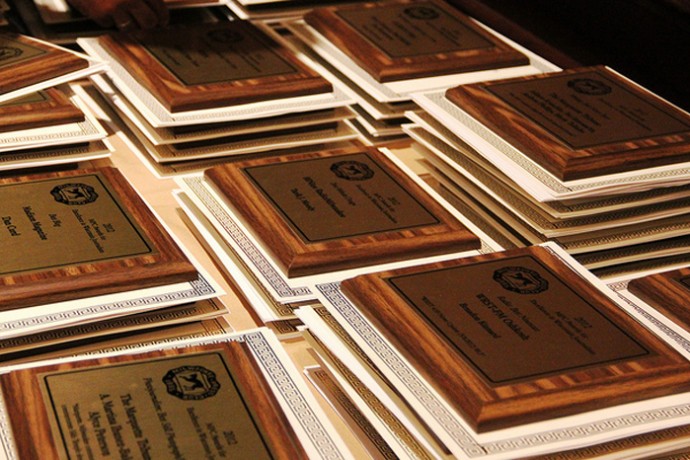 For the second year in a row, Milwaukee Neighborhood News Service is a finalist in the Excellence in Wisconsin Journalism Competition sponsored by the Milwaukee Press Club. The entries were judged by professional journalists and journalism scholars from across the country, according to the press club.

“We are proud to be in the company of these fine news organizations,” said Sharon McGowan, editor of Milwaukee Neighborhood News Service, which marked its third anniversary last week.

Finalists will learn whether they have won a gold, silver or bronze award at the club’s Gridiron Awards Dinner on May 16 at the InterContinental Hotel, 139 E. Kilbourn.

“We received hundreds of entries for the contest from news organizations and individuals throughout Wisconsin,” the press club said in a news release. “The judges [expressed] pleasure at the high quality of work done by Wisconsin journalists,” according to the release.

Reporter and NBC News political analyst Jonathan Alter will receive the club’s 2014 Sacred Cat Award, which recognizes excellence in journalism at the national level. Alter spent 28 years at Newsweek, where he was a senior editor and columnist.  He is the author of three New York Times best-selling books.

In 2013, veteran journalist Cokie Roberts received the award, which has been given annually since 1973.