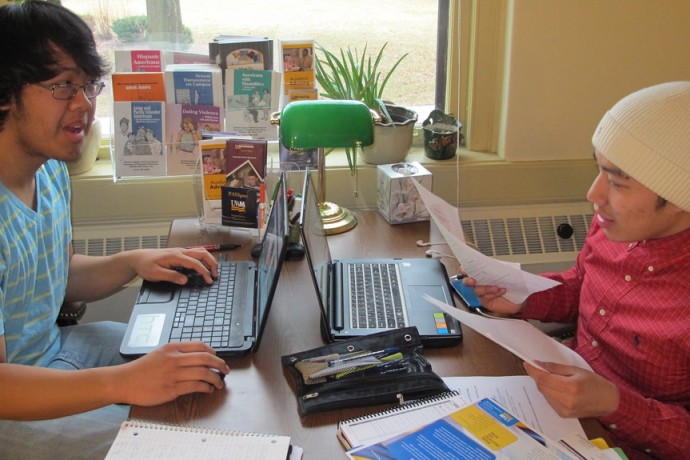 Peter Khanthavong feels like so much has changed since this time last year. Then, he was excited about college but nervous about dorm life.

“I was worried about not meeting any people and staying secluded in my room, but that hasn’t happened at all,” Khanthavong said recently.

Khanthavong, Pa Nou Xiong, Darneisha Virginia and Nury Plascencia participated in College Possible’s two-year program during their high school years. They received coaching and support to get into college and continue to stay in touch with a College Possible coach.

There are not many things Khanthavong would change about his freshman year at the University of Wisconsin Milwaukee, but if he had to do it over, he would opt to live in a double, rather than the single he signed up for at the end of last summer. He sees now that he would have preferred the companionship of a roommate.

Nevertheless, Khanthavong has made friends through the university’s federally funded Student Support Services (SSS) program for low-income, first-generation and disabled students. The program’s staff, study space and social opportunities have given him a home base.

This semester, Khanthavong, whose mother is a devout Christian, also connected with the Inter-Varsity Christian fellowship group through friends who “dragged him” to one of the organization’s small group Bible study meetings. “After that, I continued going (weekly) because I enjoyed it,” he said. Now he’s participating in Inter-Varsity activities twice a week.

For Khanthavong, “meeting all these new people has been the best. It expanded my thoughts about things and really opened up my connections to different groups on campus.”

There have been challenges, though. The foremost of those is time management for both Khanthavong and Xiong, they said. 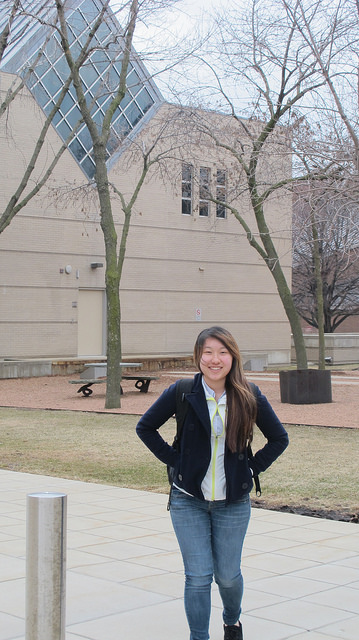 Pa Nou Xiong stands near the Haggerty Museum of Art on the Marquette University campus. (Photo by Andrea Waxman)

“High school is a lot simpler,” said Xiong. “You do homework every night because it’s due the next day. You go through the same daily cycle and the pressure is constant.” But in college, “you have something due next week and then you have a big project due at the end of the semester and that’s it,” she explained. “You have to manage all that unstructured time and discipline yourself to work throughout the term.”

Her decision to commute from home and save money for summer school has hurt her social life, she said. Living at home was one in a series of choices she made to position herself to enter Marquette’s physician assistant program in her senior year.

She would have preferred to enter the program as a junior and finish a year earlier. But without health insurance, she was not able to afford the medical tests and immunizations needed to apply for Certified Nurse Assistant training. She needs that to get a job that will allow her to meet the 200 hours of patient contact that the program requires. She has applied for health insurance through the Affordable Care Act and is waiting to hear whether she is eligible for BadgerCare or a subsidy that will make her health insurance affordable.

Because Xiong will need a car to get to a CNA job, she plans to buy one instead of moving to campus next term. In addition to taking two semesters of biology this summer, she plans to take CNA training at Milwaukee Area Technical College as well as driving lessons.

Despite these issues, Xiong is optimistic about the future. “It’s definitely been different from my expectations but I don’t regret anything. I think it’s too early to tell but I think I will really love it here. It’s a great school with great opportunities. I just need to learn how to find all of the resources and use them.”

Like Khanthavong, Mount Mary University freshman Darneisha Virginia also lives on campus. “It’s homey here,” she said. “And I have a set group of friends who take mostly the same classes I do.” They provide a lot of academic and social support, she added. Many, but not all of Virginia’s friends are fellow Grace Scholars. And she and her roommate plan to continue to room together next year.

For Virginia, the biggest challenge has been juggling three jobs while taking a full course load. But, she said, “I think working so much is helping me balance my time. With a weekly average of 23 hours spent working, at nursing home, student recruiting and IT help desk jobs, she knew she had to focus on studying whenever possible. 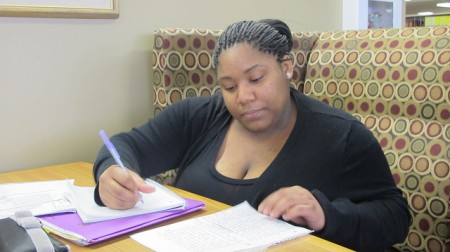 Darneisha Virginia studies in a comfortable corner of the library at Mount Mary University. (Photo by Andrea Waxman)

Virginia said she is doing well in her courses and is especially enjoying American Sign Language and writing a research paper on dementia in a composition class. The project has helped her understand and communicate with some of her nursing home patients, she said.

Although the students’ summer plans are not finalized, Khanthavong and Virginia said they plan to live at home. They would like to get jobs, save money and take a break from academics.

Khanthavong plans to commute to UWM from home in the fall so he can cover the cost of his books and help his aging mother, who cares for a developmentally disabled older brother.

How difficult it is depends both on the student and on the school they chose. “There are certain schools that are embracing a more diverse student body,” Schaer said.

“It’s no wonder that the national rate for low-income students to graduate with a bachelor’s degree is only 11 percent because the kind of persistence that a student has to have at a fairly young age is so high,” she added.

Schaer noted that students who ask a lot of questions and are good self-advocates are the most likely to overcome obstacles. College Possible coaches help them figure out how to do this for themselves, she said.

If a student can find a faculty member who will advocate for him or her, it “makes a world of difference,” she said.

Xiong’s message to this year’s College Possible graduates is that the struggle is worth it because “college is where you get to become the person that you want to be,” she said.

And she added, “My freshman year is already almost gone. They weren’t kidding when they said college goes a lot faster than high school.”