You are here: Home / Posts from Community / Boys & Girls Clubs member Jarvis Garrett signs with the University of Rhode Island
Share this... 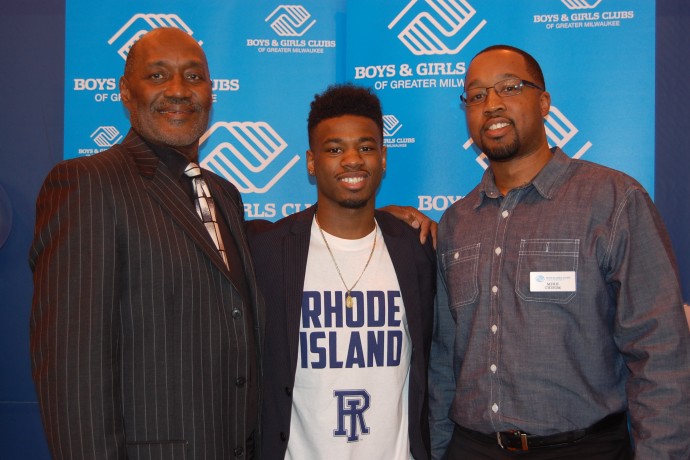 Surrounded by family, friends and mentors, Jarvis Garrett, a member of the LaVarnway Boys & Girls Club, signed a National Letter of Intent to attend the University of Rhode Island as a member of the men’s basketball program.

Garrett, a native of Milwaukee and Club member since the age of four, began his basketball career through Boys & Girls Clubs of Greater Milwaukee’s (BGCGM) Little Dribblers program. The program, which Garrett credits for introducing him to the game, teaches young members the basics of basketball, while also providing valuable life lessons about healthy living, sportsmanship, teamwork and leadership skills.

With both of his parents working for the Clubs, Garrett has remained an active member of BGCGM while attending school in Massachusetts. Acknowledging the role that BGCGM has played in his life, Garrett strives to be a mentor for other Club members; visiting the Clubs whenever he returns home.

“Jarvis is a true example that through hard work and dedication, anything is possible, “said Michael Chisom, Club Manager at the LaVarnway Boys & Girls Club. “He continues to be a humble leader for his peers, pushing himself and others to reach their highest potential.”

One of two newcomers to the University of Rhode Island on the 2014 – 2015 roster, Garrett is one of five players from Notre Dame Preparatory to commit to an NCAA Division 1 program this season. A three-start recruit according to Rivals.com and 247Sports.com, he was among the top point guards in the country during the late signing period.

“Jarvis is a well-rounded player who can impact play on both ends of the floor,” said Dan Hurley, head coach, University of Rhode Island’s men’s basketball. “He possesses great quickness and speed which helps him create opportunities for his teammates and himself. Jarvis can change the pace of the game offensively and defensively.” 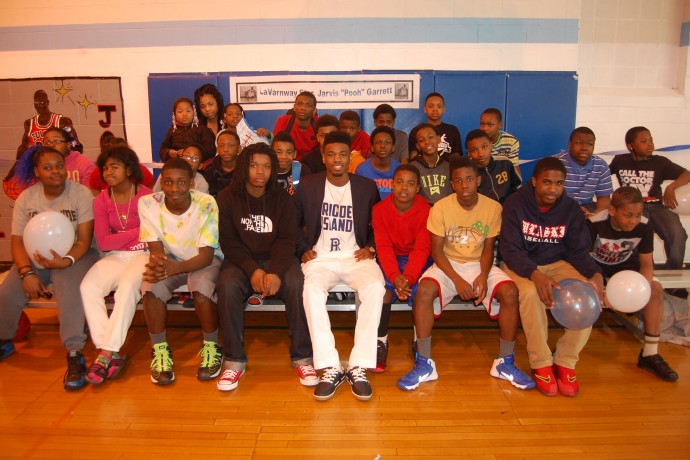