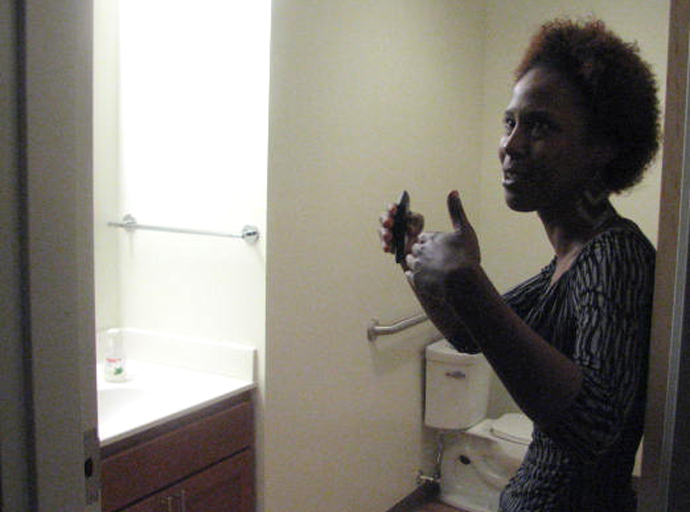 Advocates on the front lines of the fight against homelessness in Milwaukee are praising a new $10 million development for creating much-needed stability for families in need and addressing child homelessness, which has recently spiked in the city.

The development, called Maskani Place, is a 37-unit building located in the Harambee neighborhood that opened its doors in January to tenants, many of whom are children. It was designed to serve homeless families and families at risk of homelessness,.

“Just to think (these) kids are out of a shelter and off the street. It’s just incredible and yet it’s only a little dent in the problem,” said Brother Rob Roemer, the volunteer coordinator and co-director at St. Benedict the Moor, 1015 N. 9th St., where a community meal is held six days a week for the homeless.

Mercia Harris-Williams, the mother of a 7-year-old boy and a 4-year-old girl, called it an honor to be a Maskani Place tenant after she and her young children moved around from hotel to hotel. 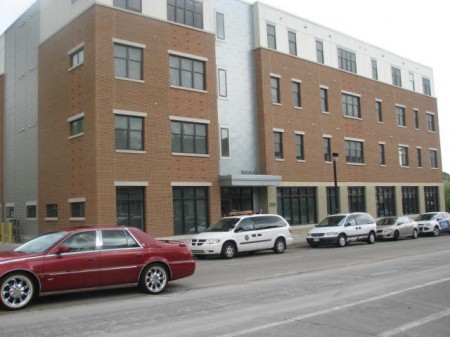 Maskani Place is a 37-unit development at 320 E. Center St. geared toward housing families that were once homeless or at risk of homelessness. (Photo by Brendan O’Brien)

“We have a nice wonderful home that they absolutely love and we are greatly blessed,” said Harris-Williams.

“The greatest feature of the building…is its stability,” said Michael Goldberg, executive director of Heartland Housing, an organization that focuses on ending poverty in the Midwest. “For the 37 families living in the building, housing was once a monthly, weekly or even daily challenge or struggle.”

In 2013, Milwaukee Public Schools served more than 3,500 homeless children, 5.4 percent more than it did during the previous school year, according to Heartland Housing.

“Some of the children are coming out of these really disruptive situations. Living on the street is, of course, a terrible thing to happen. The more stable housing situation you can have for children and families, the better,” said Ken Schmidt, executive director of Hope House, which operates several housing facilities in Milwaukee for the homeless.

All of the apartments at Maskani Place are built for families; 75 percent have at least three bedrooms. Community Advocates will provide onsite assistance with employment training and job searches, help tenants find childcare and assist them in developing financial literacy.

“That’s the nice thing about Maskani…they work with the tenants and [don’t] just give them housing,” Roemer said.

Bob Burmeister, who runs Mr. Bob’s Under the Bridge, applauded the opening of Maskani Place.

“I think it’s awesome. Anything we can do to give these kids a normal life is key,” said Burmeister, whose organization provides clothing and toiletries to the homeless throughout Milwaukee.

Burmeister said that while the development is a positive, the community should not forget about homeless individuals, especially those who are suffering from drug and alcohol addiction and mental illness.

Most of the project’s cost — $9.6 million — was funded through a U.S. Department of Housing and Urban Development low-income housing tax credit. The City of Milwaukee Housing Trust Fund also chipped in more than $200,000 and another $250,000 came from the Federal Home Loan Banks’ Affordable Housing Program.

Most homeless developments funded through HUD are built with single adults in mind rather than families, according to Schmidt.

“Maskani Place is the first one we have seen in a long time that has really been focused on serving families. So as a project, it’s a real positive,” he said.