You are here: Home / Home / Carousel / Mother administers hope to three sons with hemophilia
Share this... 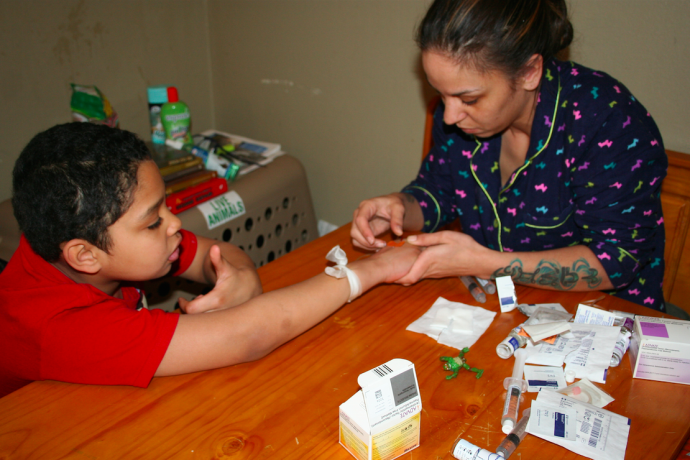 Danielle Suchla said she did not know she was a carrier of the hemophilia gene. No one in her family had the condition, and she was not tested for the blood disorder while she was pregnant. But soon after her first child was born, she knew something was wrong.

“He was a baby, just a few months old. My boyfriend and I were laying in bed with him watching TV when I noticed that he had a very concentrated look on his face, and his body was held tight. This was unusual to me, so I talked to him and his expression wasn’t changing, like he was unresponsive,” Suchla said after witnessing her son’s first hemophiliac bleed.

Hemophilia is a rare disorder, one not well understood by the public. Many believe hemophiliacs will bleed to death if they get hurt, but experts say this is not the case.

The disease is caused by a deficiency of blood-clotting factors. The disease ranges from mild to severe, depending on how much of the protein a hemophiliac is missing. 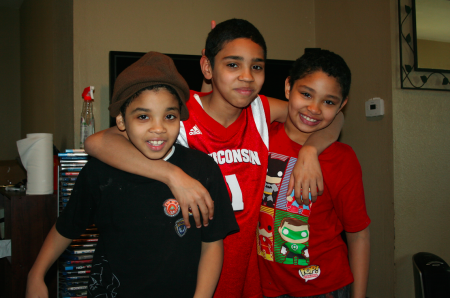 Moss said that bleeds result from injuries such as cuts or a fall. But they also happen spontaneously.

That’s because humans regularly bleed internally, through tiny openings in blood vessels or capillaries that burst. A healthy human is able to clot the blood, thus creating an internal “bandage” when these incidents occur, according to Moss. But, hemophiliacs lack the blood-clotting factors that would ordinarily seal the openings. The internal bleeding can lead to blood pooling in the joints, which causes damage over time.

The bleeding is also painful. “One day, I was just sitting here on the couch watching TV, and I had a bleed and my arm started to hurt really bad,” said Daniel, 12, Suchla’s oldest son.

Most hemophiliacs are treated with drugs to help manage the frequency of the bleeding, according to John Indence, a spokesman for the National Hemophilia Foundation. The medicine is administered through infusion, sometimes three and four times a week.

The recombinant drugs, which involve modifying DNA to contain genes from two different sources, contain no human blood products. This cuts the risk of contracting other blood-related illnesses, a problem for hemophiliacs in the past.

According to Indence, the vast majority of hemophilia is genetic. Three of Suchla’s four sons have hemophilia and both her daughters are carriers. While women are carriers of the disorder and can transmit it to their sons, few actually get the disease themselves.

Despite her children’s illnesses, Suchla said, “We’re just like any other family.” She added, “The boys play and have fun, but we just have to be more cautious.” She said her biggest fear is that other children will hurt her sons because they do not understand their conditions.

Suchla is in regular contact with her sons’ schools. She said that school nurses work with their teachers to spot problems and know when to call Suchla or the doctor.

The three children frequently go to the CCBD for tests and follow-up visits with the medical staff. At home, Suchla oversees their care. She said she does not work outside of the home because of the demands of caring for her children.

Suchla said she has been trained to administer her boys’ medication every other day. The task involves preparing syringes and tying tourniquets. For her children, it is a normal part of life. The oldest boy is learning how to do his own infusions.

“It’s definitely gotten easier as the boys have got older because it’s just sort of a routine now,” Suchla noted.

According to Indence, the drugs currently available to treat hemophiliacs allow them to have natural life expectancies. “In the 1940s, the average age of a hemophiliac was 20 years,” he said.

“We are now seeing the first generation of males who can expect to make it into their 70s and 80s.”