You are here: Home / Home / Carousel / ‘The shooters are killing people who look like themselves’
Share this...

At least half of the dozen participants in one breakout group at a weekend gathering on gun violence spoke about personal connections to a shooting.

One said she sleeps on a mattress on the floor, below window level, for fear of the gunfire near her house. Another described hearing 10 or 12 shots as she waited her turn in a hair salon. She told of a young boy who was frightened to tears by the incident. A young woman said her former boyfriend is paralyzed from the waist down after being shot in the chest. 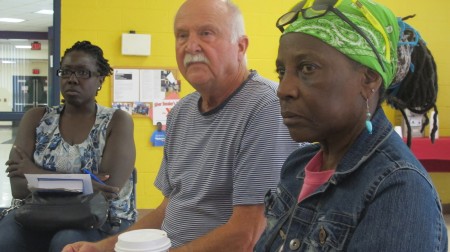 State Sen. Nikiya Harris Dodd, who organized the meeting to find ways to reduce the violence, said she witnessed a young man get shot “right in front of my face,” adding that the shooters are killing people who look like themselves.

A recent spike in shootings has city residents thinking about ways to stem the bloodshed. While gun homicides among children 17 and younger are down this year compared to 2013, nonfatal shootings among the same age group are up 46 percent from 26 to 38, according Dr. Mallory O’Brien, director of the Milwaukee Homicide Review Commission.

The meeting at the Parklawn YMCA, 4340 N. 46th St., drew more than 50 people who brainstormed short-term solutions and encouraged Harris Dodd to pursue a summit on violence to consider the issue in more depth.

“We would like to come up with some bigger, broader solutions that will impact legislation as well as (affect) the community,” Harris Dodd said. 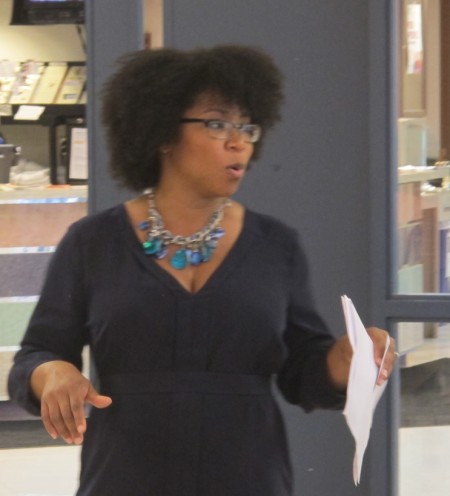 Some raised concerns about what they called the negative stereotyping of the city’s African Americans, particularly its young men, and encouraged residents to hold media accountable.

“We have to be accountable too,” added Minister Denise Sanders of Blessed Deliverance Missionary Baptist Church, who noted that the young people involved in gun violence are profiling each other. Calling them “a priceless resource,” Sanders advocated working to help young perpetrators of violence get back in school or get some alternative education.

Other suggestions for immediate actions included registering and voting; reporting crimes; disseminating information about programs and resources through churches; and pressing for better education funding.

“I was ecstatic at the number and diversity of the people who attended,” said Harris Dodd. “We got folks from all across Milwaukee and everybody understood that gun violence affects the entire city.”