You are here: Home / Home / Carousel / Milwaukeeans to demonstrate in support of outraged Ferguson residents
Share this... 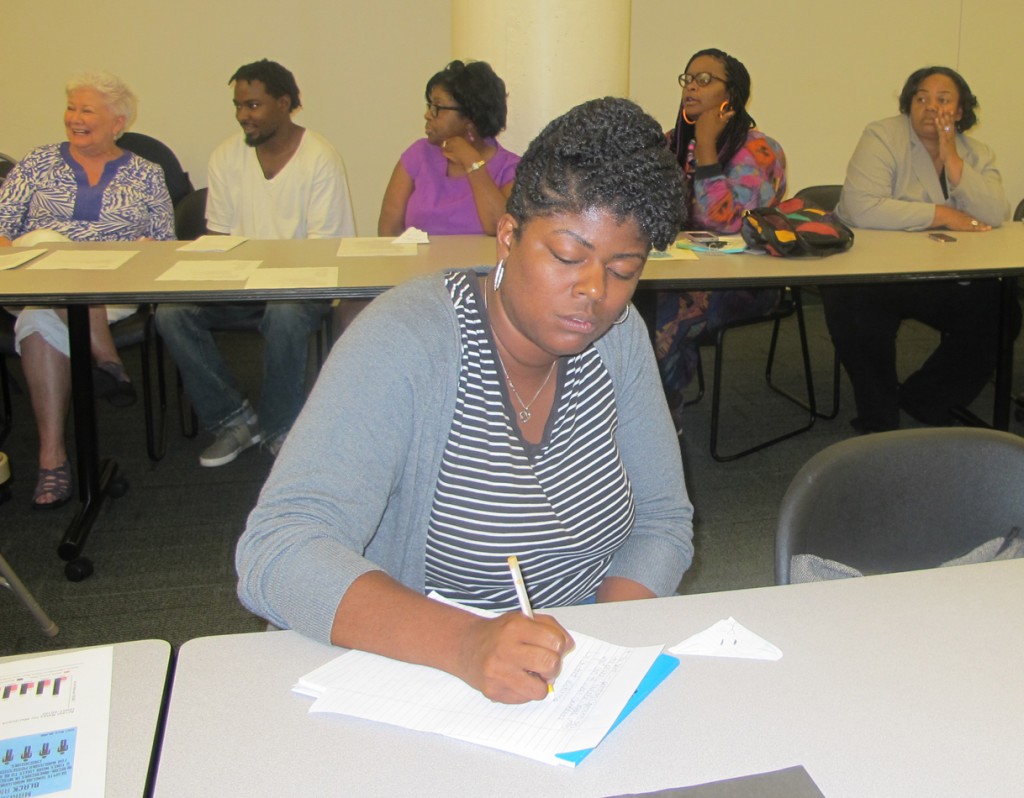 A coalition of Milwaukee organizations has planned a demonstration Friday afternoon to call for justice in the aftermath of the shooting death of an unarmed teenager in Ferguson, Mo.

Milwaukeeans and residents of other cities, including Chicago, are organizing demonstrations against police brutality after the death earlier this month of Michael Brown, 18, at the hands of a white police officer. The Milwaukee organizers said they also would be demanding justice for Dontre Hamilton, who was shot by police at Red Arrow Park on April 30.

Earlier in the week, the African-American Civic Engagement Roundtable held an open meeting to discuss plans for the demonstration. The coalition includes the Milwaukee chapter of the NAACP, Youth Empowered in the Struggle (YES!), MICAH, Occupy the Hood, 9to5 Wisconsin and Urban Underground.

The local groups are joining protesters in Ferguson and the national Hands Up, Don’t Shoot movement in advocating for national and local policy changes that would hold police officers accountable for officer-involved shootings or deaths of citizens. They are seeking swift, independent reviews of shootings by police officers, as well as immediate release of officers’ names and police history. Other demands include protecting the rights of protesters to peacefully assemble, requiring police officers to wear forward-facing body cameras and the “de-militarization” of police departments.

“We stand with the concerned community residents who have expressed outrage at this troubling event and were not allowed to peacefully protest but were instead violently confronted and tear gassed by local law enforcement,” the African-American Civic Engagement Roundtable said in a statement.

“I witnessed the 24-hour occupation spot, a gas station which quickly became a memorial for Mike Brown. The name Mike Brown is tagged all over the building and gas pumps,” Coleman said. “I noticed how people used this spot as a sacred ground.” Coleman added that for many in Ferguson, “it’s a life or death situation — justice now or civil unrest.”

The Milwaukee group plans a peaceful march from Red Arrow Park, 920 N. Water St., to the Milwaukee County Safety Building, 821 W. State St. It is expected to begin at 4 p.m.

Hamilton, 31, was killed after struggling with a police officer at Red Arrow Park. Police had received multiple complaints about Hamilton, who suffered from a mental illness, sleeping in the park. Two officers responded to the call and left after deciding to take no action. But later, another officer got into a confrontation with Hamilton and shot him. The officer has not been identified.

The case was reviewed by the state’s Department of Justice and has been referred to the Milwaukee County District Attorney’s Office to determine whether to file charges against the officer in Hamilton’s death.

About 100 Milwaukee residents, including Hamilton’s family, gathered Sunday in the park to demonstrate in support of the Ferguson protestors. The coalition is planning more events next week to continue calling attention to what they allege is excessive force by police against minorities. A spokesman for the Milwaukee Police Department did not immediately return a call for comment.